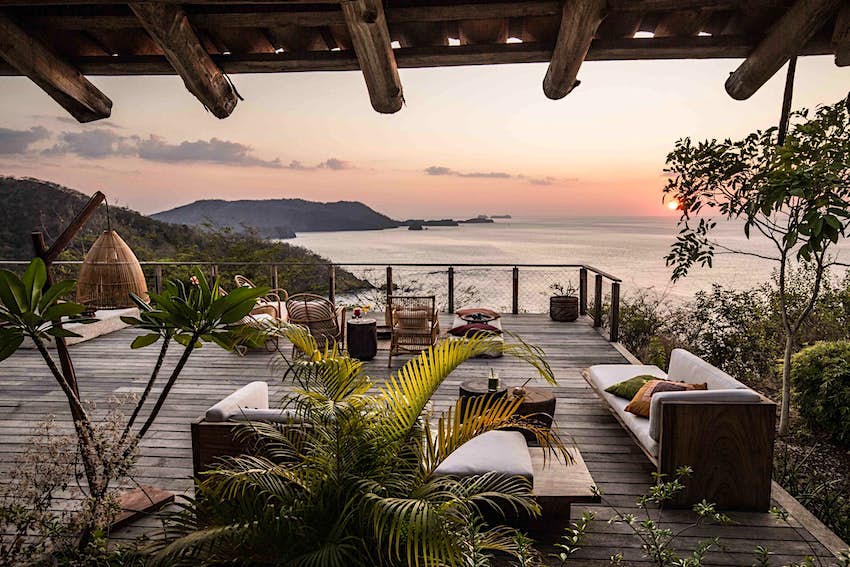 This beachfront hotel in Costa Rica with plenty of eco-credentials has been longlisted in the hospitality category of the Dezeen Awards 2020, celebrated for its commitment to conservation in design.

Kasiiya Papagayo opened in 2018 in Guanacaste as an eco-resort and has been gaining recognition in the architecture world ever since. That's due to the very delicate nature of its design, which is rooted in conservation, sustainability and minimalism, an important factor to consider with new hospitality builds in Costa Rica, whose Pacific coast was called the "the most biologically intense place on Earth" by National Geographic.

Just last week it was announced that the hotel was nominated in the Dezeen Awards 2020, which recognizes "the world's best architecture, interiors and design". Kasiiya was longlisted in the hospitality building category, alongside a boat-room hotel in China, a boutique hotel in Japan and a historic hotel revamp in Italy, among other unique spaces.

Designed by French studio AW², Kasiiya was built without cutting down a single tree or using concrete and nails, according to designers. It's made from mostly natural materials and almost disappears into the hillside it's built upon. "From the very beginning, the conservation of the tropical forest has been paramount. Our intention throughout the project was not to have minimal impact on the environment, but zero," say the design team, adding that inspiration stemmed from the idea that "there should be no frontier between architecture and the surrounding wilderness, between the inside and the outside."

The hotel is made up of seven tented suites which are designed with bespoke furniture and overlook the forest and the ocean. Each suite has its own outdoor shower, roll-top bath and panoramic windows. There's also a restaurant that serves mostly organic and locally-sourced produce, a beach bar, a spa, three beaches, walking trails and 123 acres of untouched jungle to explore.

Kasiiya is currently closed to guests due to the ongoing pandemic but has announced a December 15, 2020 opening date. Costa Rica opened its borders to tourists from low-risk countries from July and recently announced that it would begin to welcome tourists from six US states in September, with the view to opening its doors wider by the end of the year.

If you want to follow the progress of Kasiiya Papagayo in the Dezeen Awards, see here. The shortlist is expected to be released in September.

6 min read • Published about 15 hours ago