The famed Mayan ruins of Copán, the world-renowned diving on the islands of Utila and Roatán – Honduras is a country with so much to enjoy. But it's the smaller areas, the coastal cities and the tucked away street vendors, the small reservoirs and cloud forests, that truly make this Central American country a place to wander. And there's no better way to experience it than on a trip on the Honduran roads less traveled.

It’s about a four-and-a-half-hour drive from Copán to Parque Nacional Cerro Azul Mèambar (aka PaNaCAM). There, hiking trails reach elevations of 1,600 to 6,500 feet (500 to 2,000 m). If you keep your eyes peeled, you may notice a few of the hundreds of species of wildlife (if you’re not already distracted snapping photos of the occasional waterfall).

Despite going by the moniker cerro azul, literally translating to 'blue hill,' the national park has a very green landscape, so lush it might be easy to get lost in. Fortunately, there’s the PANACAM Lodge, a small eco-resort which serves as the base of all activities in the park, with guides, a restaurant and other facilities. It’s a great place to base yourself for a day or two, be it in their cabin-like rooms or in your own tent on the campground.

Just down the blue hill is another blue natural wonder: Lago de Yojoa. Honduras’ largest lake is a volcanic depression between Cerro Azul Méambar and the Santa Barbara Mountains. On a warm day, it’s an oasis for those with or without a canoe, kayak or stand-up paddleboard. Fishing is also a big industry here. Boat tours can take you to the middle of the lake where tilapia are raised in pens, the rims of which are frequented by birds hoping to score a free meal.

Speaking of meals, there are many lakeshore restaurants where the regional plato típico (typical plate) consists of a whole fried fish garnished with curtido (a pickled slaw), rice and beans, a tortilla, and of course, fried plantains. It can all be washed down with a beer, like the ones from D&D Brewery, a watering hole located near the northwestern lakeshore that also arranges boat rentals and excursions in the area. The brewery is also a restaurant and lodge – a nice place to spend the night after a few drinking a few pints, before continuing on your way northbound.

A two-and-a-half-hour drive from the lake brings you to Tela, one of the gateway cities of Atlantida, the department of the Caribbean north coast. During the early twentieth century banana boom, it was home of fruit company that eventually brought us Chiquita brand bananas, but nowadays, it’s more known as a seaside resort town renowned for its seafood. Amongst the typical regional dishes is sopa de caracol (snail soup) so iconic that there’s even a No. 1 Billboard charting song about it. You can try it at César Mariscos, the popular restaurant and hotel.

A short drive in Tela will lead you to one of the largest botanical gardens in all of Latin America. Lancetilla Jardín Botánico is named after the lancetilla mango tree of northern Honduras. Originally a private biological research center to study optimal tropical fruit production, the gardens are now open to the public with walking trails, a hotel and even a zip-line canopy tour. Beyond the gardens’ impressive bamboo tunnel, there are hundreds of flora species to admire – some medicinal and some potentially deadly.

Just under two hours eastbound and you’ll arrive at Honduras’ third largest city, La Ceiba, nicknamed la novia de Honduras (the girlfriend of Honduras) for its seaside charm. Like Tela, beach resorts are the current draw, but it too has a legacy of banana production. In fact, Dole still has operations around. But bananas aren’t the iconic food in town.

La Ceiba is the birthplace of the baleada, the unofficial national street food found all over the country. The big grilled tortilla enveloping beans, sour cream, cheese, curtido, meat and/or eggs (and optional avocado)  was the perfect quick bite for banana plantation workers. The Avenida de Republica, one of the main drags in town, is where you’ll find the famed rows of baleada stalls, all lined up along 'La Línea,' the former rail line used to transport bananas.

A short drive through La Ceiba and you’re in Parque Nacional Pico Bonito, one of the country’s beloved national parks, named after its resident 'beautiful peak.' It’s not uncommon to spot toucans, frogs and lizards on the trails. The elusive monkeys, jaguars and armadillos are out there somewhere too. If you want to see snakes up close, visit the serpentarium at The Lodge & Spa at Pico Bonito, an upmarket place to stay and relax within the park. If you want a little more excitement, arrange a rafting excursion on the formidable class III and IV whitewater rapids in the park’s Rio Cangrejal.

About 30 minutes off the coast of La Ceiba via motorboat, you'll find the Cayos Cochinos, the 'hog islands' located between Roatán and the mainland. There are two main islands in the archipelago, surrounded by 13 smaller coral keys. Several of these are privately owned, but one cay – Cayo Chachahuate – is home to Caribbean locals. It’s a nice place to lunch on fish and observe, as the local hashtag goes, #TheRealHonduras.

The protected Mesoamerican Barrier Reef – one of the largest coral reef systems in the world and an ideal place to spot wildlife such as nurse shares and spotted eagle rays – is big draw for scuba divers. Dives can be arranged at the Turtle Bay Eco Resort on Cayo Grande. 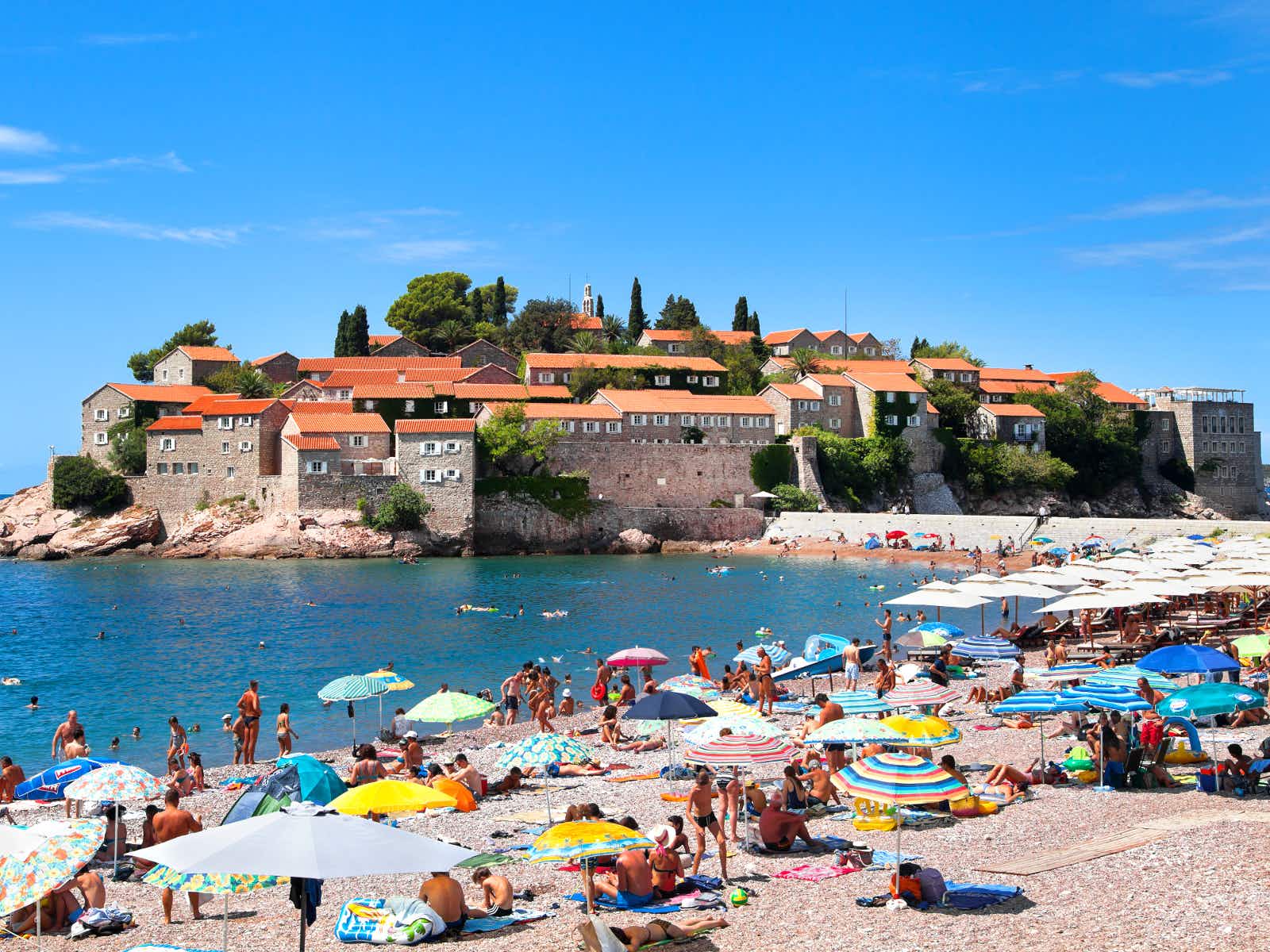 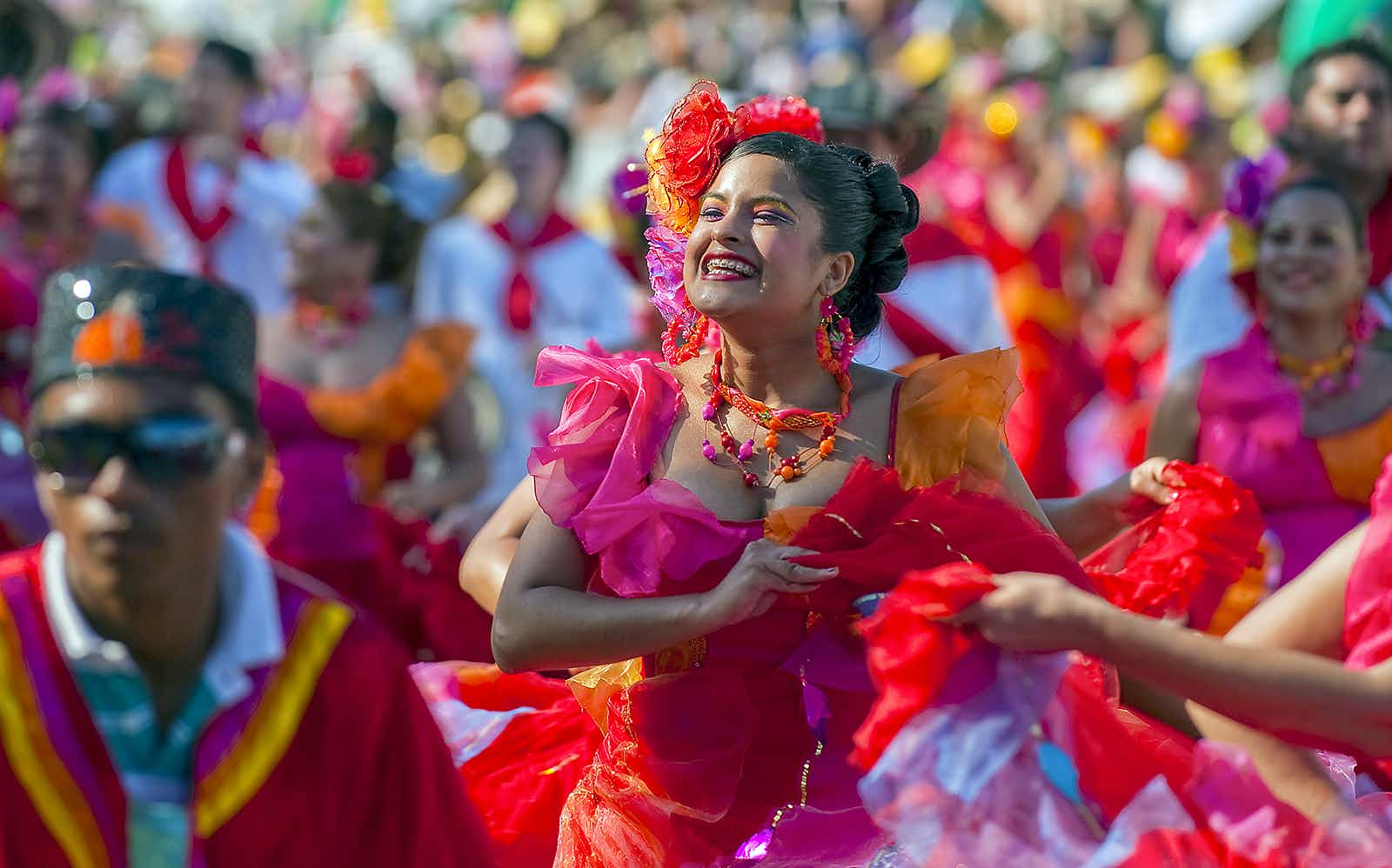 Move to the Colombian beat: discovering culture through music and…