The 470km-long Lebanon Mountain Trail traverses the full length of this tiny Middle Eastern country, passing through ancient cedar forests and olive orchards, and ambling by rushing waterfalls, Roman temples and monasteries carved into cliff faces. This hike offers an astonishing way to experience a land often only known by outsiders for its tragic recent history and the frenetic bustle of Beirut’s nightclubs.

However, on the trail and in the villages along the way, you will find an unexpected tranquillity, and if you traverse the whole footpath, you’re sure to come away with a nuanced appreciation of Lebanon’s history and natural beauty. Here are the most scenic sections where you should lace up your boots for a stroll, even if you only have a day or two to spare.

Make a pilgrimage to the Qadisha Valley

The Qadisha Valley is home to some of the most striking vistas in Lebanon. Rocky crags overlook hillsides covered with oak and cypress trees. Fruit orchards are interspersed among the red tile roofs of villages in the valley below. In the winter months, the cliffs and terraced slopes are frosted with snow; in spring, wildflowers sprinkle the trail with splashes of pink and yellow, as a river carves through the valley floor.

This area is famous for more than its views: it’s been designated a Unesco World Heritage Site for its history as a centre of early Christian monastic tradition. Still today pilgrims and hikers are on a mission to visit the ancient stone monasteries and chapels hewn into rugged mountainside, some looming above the landscape, others melting into the hills around them. The valley’s most significant holy sites include Deir Mar Antonios Qozhaya, Deir Mar Elisha, and Deir Qannoubine. If you’re willing make a detour, the chapel of Saydet Hawqa, or Our Lady of Hawqa, about 45 minutes above the main trail, is home to a living hermit, Father Dario Escobar, who hails from Colombia and – contrary to the usual habit of hermits – is often fond of chatting with visitors. The town of Bcharre makes a good base for hiking in the Qadisha Valley and offers its own attractions, including a museum dedicated to famed poet and artist Khalil Gibran.

Stroll under ancient cedars in the Shouf

The cedar is emblematic of Lebanon’s natural beauty and indeed of Lebanon itself: the tree is emblazoned on the nation’s flag. In the Shouf Biosphere Reserve, the largest nature reserve in the country, you can walk under the shade of the ancient trees’ spreading horizontal branches and then emerge onto bald ridges, where you will find yourself gazing down on the cotton-like clouds and green expanses of treetops below. In the summer months, when Beirut’s air becomes oppressively muggy, the cool, crisp air of the Shouf offers a welcome respite. The 50,000-hectare reserve, designated in 1996, contains more than 250km of hiking trails, offering ample space for quiet reflection.

The Shouf is also a centre of the Druze sect, a small offshoot of Shia Islam that makes up about 5% of Lebanon’s population. The Lebanon Mountain Trail passes by the shrine of Nabi Ayoub, one of the most important holy sites for Lebanese Druze, believed to have healing powers. Nearby is the Niha Fortress, a Crusader stronghold carved into a cliffside in the form of a deep cave.

Stare into the abyss or scale the limestone in Tannourine

Tannourine is also home to a cedar reserve, containing some of the densest cedar forest in Lebanon sprinkled amid rugged vistas. As well as traversing the cedars, the Lebanon Mountain Trail passes by the Baatara Sinkhole, where a waterfall drops 255m into a Jurassic limestone gorge and cave. The site is best visited in spring, when snow melt increases the volume of the water. The limestone cliffs make the area popular with rock climbers as well as hikers.

Commune with literary giants in Baskinta

An offshoot of the main Lebanon Mountain Trail, the Baskinta Literary Trail is a 22km trek that passes by literary landmarks commemorating Lebanese poets and novelists from the area, such as Mikhail Naimy, Suleiman Kettaneh and Abdallah Ghanem, as well as several sites mentioned in Amin Maalouf’s novel The Rock of Tanios. The town of Baskinta is a picturesque destination in its own right, with views of the majestic Mt Sannine. In winter months, when the trails are blanketed in snow, the area is a prime destination for snowshoeing.

Soak in the scenery in Jezzine and Bkassine

Jezzine is known for its waterfalls and caves and the nearby Bkassine pine forest, the largest in the Mediterranean region. The newest addition to the Lebanon Mountain Trail system is the Bkassine side trail, a 22km path running from Jezzine to Niha via Bkassine, offering a trip through the pine forest and panoramic views of the Med and the Jezzine Valley.

Find heaven in the Valley of Hell

A lesser-known but strikingly beautiful portion of the trail, Wadi Jahannam (Valley of Hell) features some of the most dramatic landscapes to be found on the route, with deep gorges, sheer cliffs and a river rushing with icy water year-round. The village of Sfireh has one of the largest Roman temple sites in Lebanon.

If you want to hike all or a part of the trail, there are many options. In April each year, the Lebanon Mountain Trail Association sponsors a group through-hike that covers the entire trail in a month, typically with different groups starting at the southern and northern points of the trail. More than 200 hikers, both Lebanese and visitors, join on portions of the hike every year, although the number who complete the entire trek is much smaller. The association also holds a shorter group hike of around 10 days in October. Information and registration forms can be found on the association’s website.

If you prefer solo hiking, the trail association also provides maps and information on its website, including details on the length and elevation gain in each section. Lebanon does not have much of a culture of backcountry camping, so although there are some campgrounds on the route, backpacking here generally means hiking sections of the trail between villages and staying in a B&B or guesthouse overnight. This arrangement also offers hikers the chance to experience the famous Lebanese hospitality and to sample the mouthwatering variety of local cuisine along the route.

Much of the Lebanon Mountain Trail is not well marked, so it may be preferable to have a guide. To enter areas in the south near the border with Israel, foreign visitors require a special permit from the Lebanese Army, which can be obtained from the office of the Army Security Service (Mukhabarat Al Jaysh) in Saida. Bring your passport, copies of the ID page and latest entry stamp to Lebanon. Additionally, in some areas of the south, there is potential danger of landmines should you wander off the track, although the trail itself is safe. In these areas, it is recommended to go with a guide or organised group. 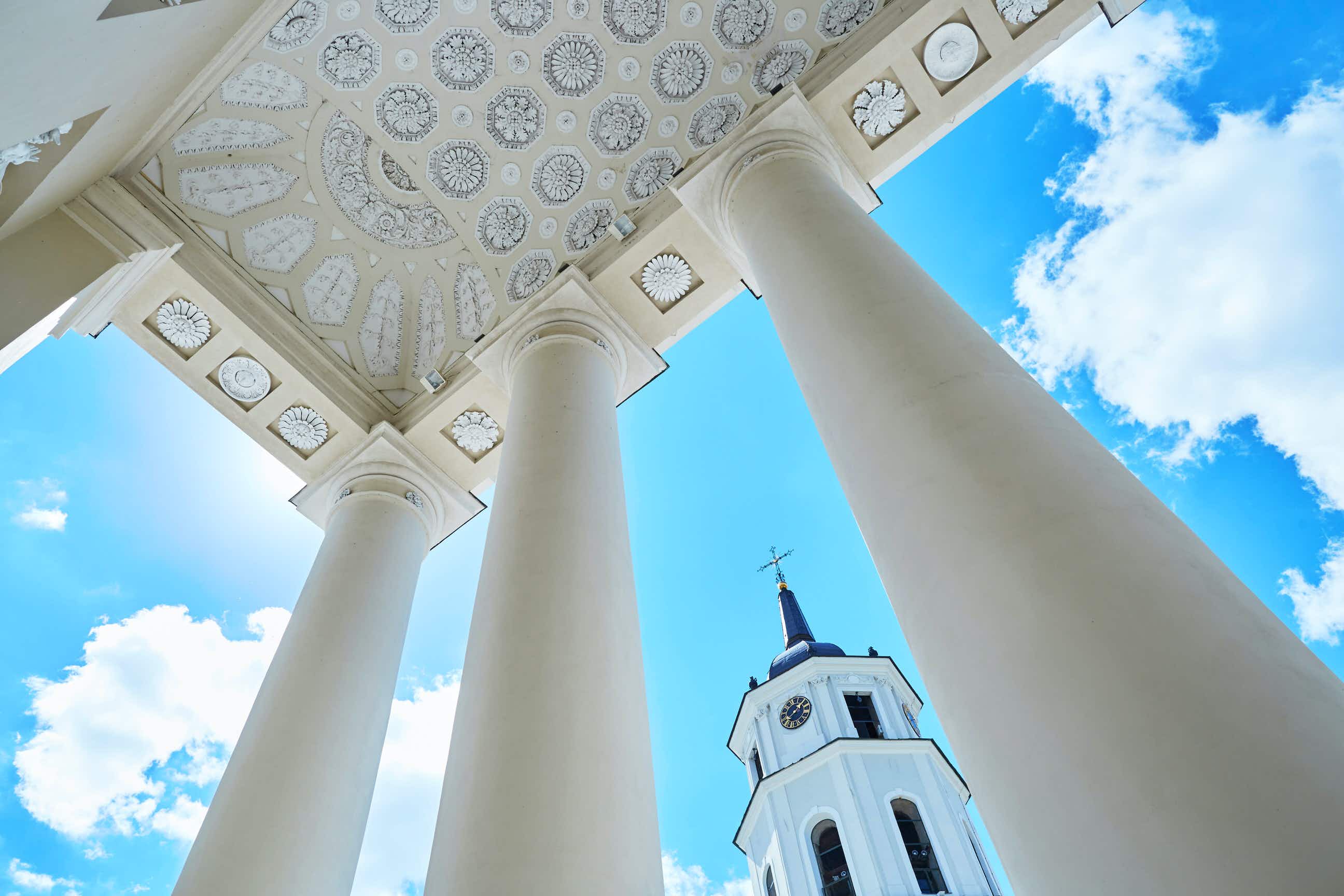 Reasons to visit Vilnius - 8 things to do in… 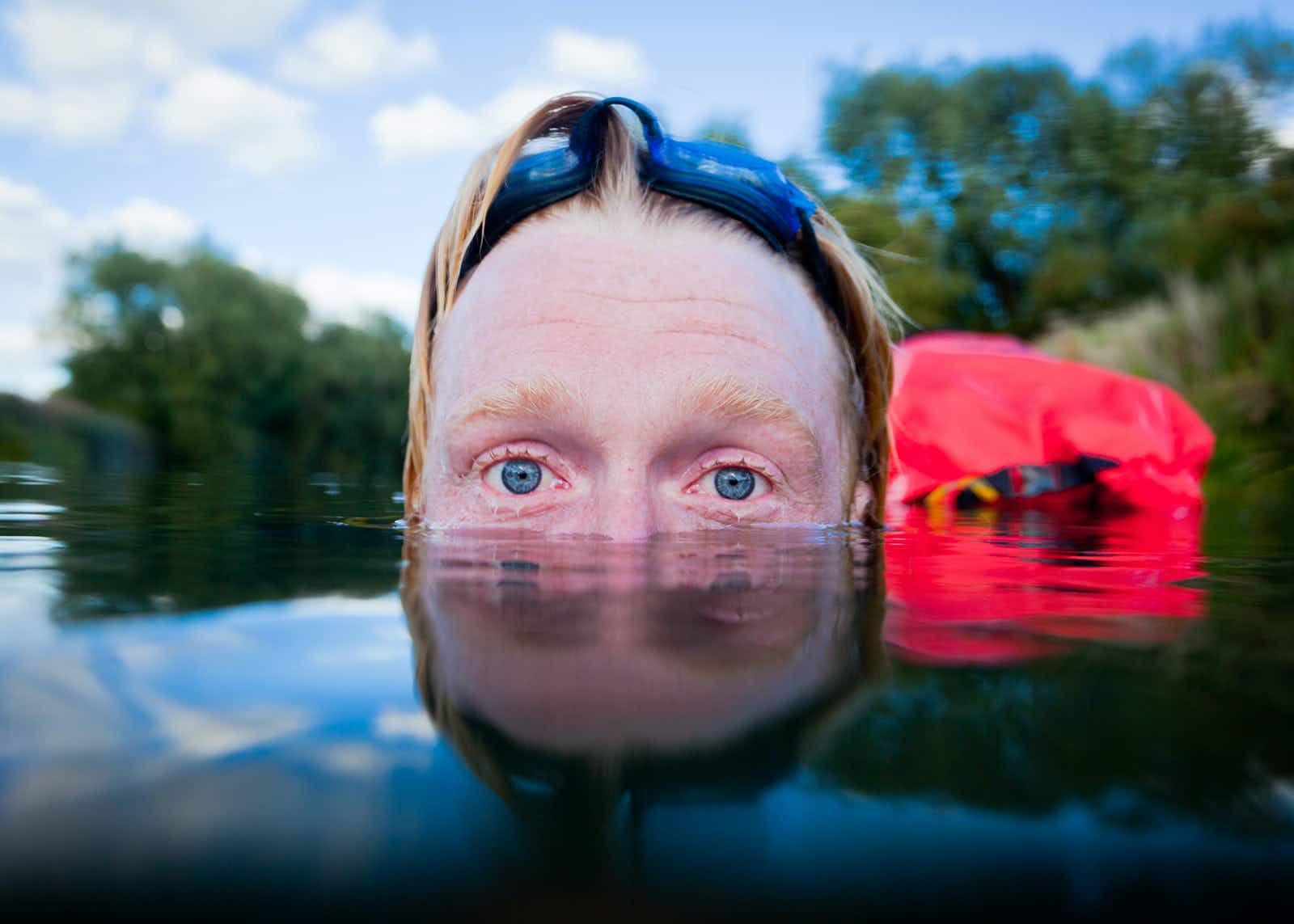