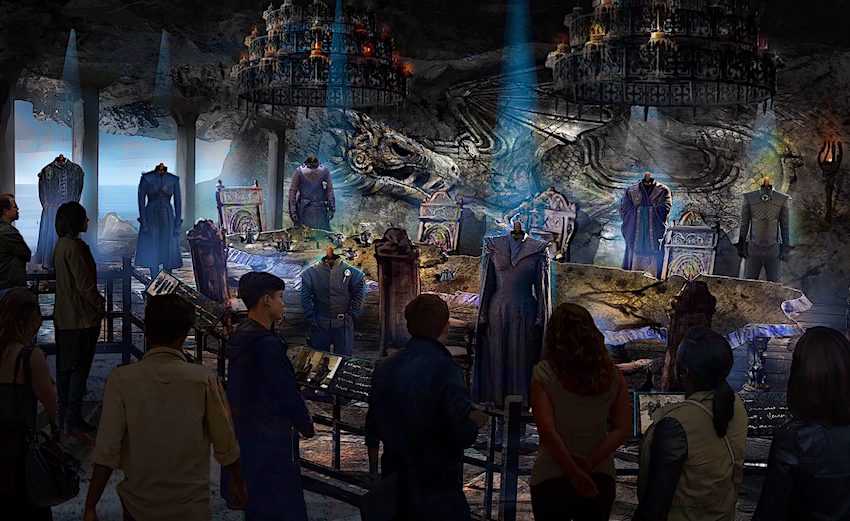 The blockbuster TV series is over but Game of Thrones fans can continue to experience the Seven Kingdoms as a new HBO-backed Game of Thrones Studio Tour has been given the green light to open in Northern Ireland.

The expansive new tour will open in Linen Mill Studios, Banbridge (midway between Belfast and Dublin) where some of most iconic sets from Game of Thrones were filmed including the Starks’ Winterfell Castle, the Greyjoys’ Pyke, the Tullys’ Riverrun and the Three-Eyed Raven's cave. HBO will convert these sites into a new 110,000-square-foot tourist attraction, giving fans the chance to relive key moments from the hit series, and maybe even design their own ending.

The studio tour will also include fully-dressed sets, costumes, imagery and original props from the Game of Thrones universe - including King's Landing, Braavos, Dorne and Dragonfell - which will be rebuilt and restored by the same construction crews and artists who worked on the Emmy award-winning show. Taking cues from the Warner Bros. Studio Tour of London - The Making of Harry Potter, the Linen Mill Studios tour will be a completely immersive experience, on a scale and scope more expansive than ever before.

“Some of the most iconic scenes from Game of Thrones were filmed at Linen Mill Studios and our fans will soon have an opportunity to visit and see the work of the show’s incredible crew in the museum setting it deserves,” said Jeff Peters, vice president, licensing & retail, HBO.

The Game of Thrones Studio tour is the first in a series of legacy interactive fan experiences announced by HBO over the past few years. Other Northern Ireland film locations are also set to open to the public, including the sets for Castle Black and King's Landing in Belfast, although details have yet to be finalised.

An opening date is yet to be announced.

London watchlist: films to see before your trip
Feed your obsession with HBO’s Succession by putting these destinations on your travel list
It's going to be easier than ever to visit Hobbiton in New Zealand