Five harsh lessons I learned about life as an expat

Like so much in life, social media gives the expat experience a deceptive gloss. Scrolling through Twitter or Instagram, moving to a different country looks aspirational, adventurous and brimming with possibility – but the darker side of expat life is usually cropped out of the frame. Although choosing to relocate is an immense privilege, the reality can be tough.

I came to understand these highs and lows when I left the UK in 2017, first to live in Australia and then later the USA. I have met wonderful people and enjoyed amazing opportunities; but moving abroad requires inexhaustible reserves of optimism and resilience. My patience has been tested by visa and passport mix-ups, my belongings have been marooned on a lost shipping container. There are lonely times and tearful Skype sessions. There are frustrating exchanges with multiple tax authorities, and if your mother’s like mine, she’ll never get your time-zone quite right. Welcome to the emotional roller coaster of expat life...

I never imagined that I would send my WhatsApp conversations to Australia’s immigration authority. But the path to expat life is lined with paperwork, and it leads down strange avenues.

In 2016, my partner Matt and I decided to leave the UK and move to Melbourne. He was born in Australia, so my simplest route was to apply for an unmarried partner visa. It sounded straightforward but as every expat knows, applications quickly snowball into armfuls of paperwork...not to mention online forms that cruelly time out before you can hit ‘submit’.

My visa required evidence that our relationship was genuine and the metrics were specific. We screen-grabbed our text messages (evidence of keeping in contact during periods apart) and gathered silly postcards sent by our friends (evidence of residing at the same address). Group selfies were snapped up as evidence of our shared social circle. We also needed people to make statements vouching for us. ‘I have witnessed Anita and Matt being physically affectionate on many occasions,’ declared the stiff written testimony of one well-meaning friend.

We waited almost a year for the visa to be confirmed, a length of time that allowed doubt to creep in: do we still want to make the move? But finally, and not without some pleading emails, the visa was confirmed. It was unromantic, it was unspontaneous, but we were on our way.

After touching down in my adopted city, Melbourne, I wasn’t surprised when jet lag left me sleepless, groggy and hungry at all the wrong hours. But I wasn’t prepared for emotional jet lag.

Practically every expat maintains a mental link with their home time-zone and I was no different. At a certain point in the evening, my friends and family on the other side of the world would wake up and my phone would blaze with notifications. My brain lit up with the joy of keeping in contact, so night after night I’d court insomnia. I stayed up late chatting on social media, exchanging updates and photographs. During the day my phone would fall silent; aside from the one person I migrated with, everyone who cared about me was asleep.

Settling in to a new place demands cutting the umbilical cord to home. I kept in touch with friends back in the UK but I learned to switch off my phone. Less bleary-eyed, I devoted energy to meeting new people in Australia. Slowly, gradually, my phone began to trill in the daytime.

Cultural differences will recalibrate your brain

Moving to a country where you don’t speak the local language is a big leap of faith. But even when there isn’t a literal language barrier, communicating has its hurdles.

Expats who migrate between Anglophone countries are not so much lost in translation as tossed on the waves of nuance. My own slang drew blank stares while my efforts to adopt Australian lingo provoked giggles. Certain words trip easily from Australian tongues but would make a bona fide Brit drop their monocle (no, we can’t print examples).

Moving abroad is also a crash course in learning how the world sees your home country. To some Australians, my homeland was London, Manchester United and the Queen. The UK was spoken of in the warm, gently dismissive tone that one might use about a lovably eccentric old aunt: the country had charm and a grand history but remained a sepia-tinted throwback, a little island nation past its prime. Seeing my country from a distance, through the eyes of others, broadened my perspective and provided ample food for thought.

Meanwhile, I had lessons to learn about Australia. I met protesters rallying against climate change and marching for the rights of Aboriginal people, and I emerged with a deeper understanding of Australia’s social and political battle lines. Outside the cities, Australians spoke volumes with little more than a shrug. Crossing paths with a hiker on a trail in New South Wales, I asked if he knew how dangerous those long, brown snakes were. My fretful questions were answered with characteristic Aussie chill: ‘Yeah nah, you don’t wanna get bit by one of those fellas.’

The opportunity to apply my new knowledge of Australian snakes was short-lived. After less than two years living in Melbourne, an opportunity arose for my partner and I to relocate again, this time to San Francisco. We’ve moved across the world once, we reasoned, so why not do it again? The second time around, surely we would be pros at expat living.

‘Home’ takes on a new meaning

Ask an expat where home is, and you’ll get an entire biography or a misty-eyed, thousand-yard stare. For the first few weeks after migrating, the place you’ve left behind still feels like home. That old life is comforting and soft, worn smooth by trusted routines, familiar faces, in-jokes and a commute that can be done on auto-pilot.

Little by little, budding routines begin to transform your new location into ‘home’. But while expats are busily carving out pathways across unknown places – discovering hangouts they’ll return to, meeting friends they can’t remember how they ever lived without – their former homes are also changing. Inevitably the people back home change, too: they move away, marry or divorce. Babies are born and folks fall ill.

Revisiting my former neighbourhood in London recently, I felt like a curmudgeon lamenting the good old days: my favourite cafe closed down, and what’s with all these new vape shops? My visits back to the UK are filled with joyous reunions and the delight of rediscovery; but they’re also tinged with a sense of mourning. My old haunts aren’t mine. The weddings and funerals I’ve missed weigh heavily. Walking once-familiar streets, memories of my previous self leap out and I’m forced to ask: who am I now?

Life abroad has a complex cost

Now a twice-removed expat, I’m living in San Francisco. In this strutting peacock of a city, the steep streets are lined with colourful houses, the city’s so-called ‘Painted Ladies’. The parks thrum with picnickers and guitar-strummers. At historic boozers, the waitstaff still trade in tales of California’s Prohibition speakeasies. When I cycle along San Francisco’s sparkling waterfront, passing pier buildings and the colossal steel arc of the Bay Bridge, I get a thrill of disbelief that I live somewhere so beautiful.

But San Francisco is also a complex and deeply divided city. Housing is a crisis issue, with well over 9000 people experiencing homelessness. People drawn to San Francisco’s opportunities, Americans and expats alike, help to feed rising rents and an eye-watering cost of living. It’s easy to live in an expat bubble, soaking in sunshine and opportunity, before cruising out when you’ve enjoyed your fill. What’s harder, and vastly more important, is to consider whether the expat lifestyle is part of a constructive or destructive force. Instead of thinking about what I could glean from my time in San Francisco, I changed my focus: if the city and her people are my generous hosts, how can I treat them kindly?

Whether life abroad is permanent or has a set expiration date, expats are duty-bound to be part of what makes a city flourish. By all means drink, dine and Instagram the sunset; but also listen thoughtfully, volunteer your time, and engage earnestly with the city’s communities. Perhaps the moment I understood this is when San Francisco began to feel like home.

How to prepare for your first post-COVID trip 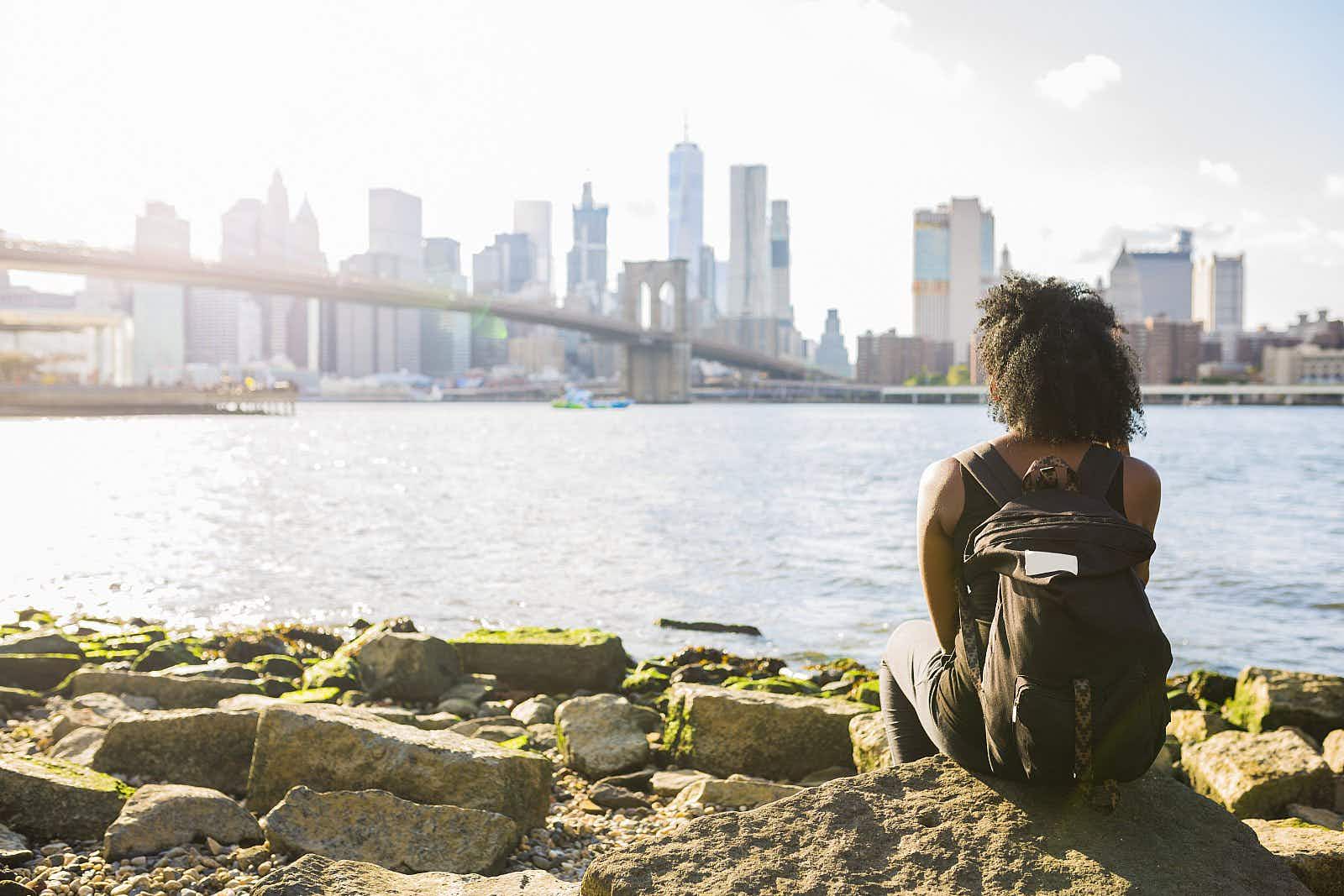 Why travel could change you forever 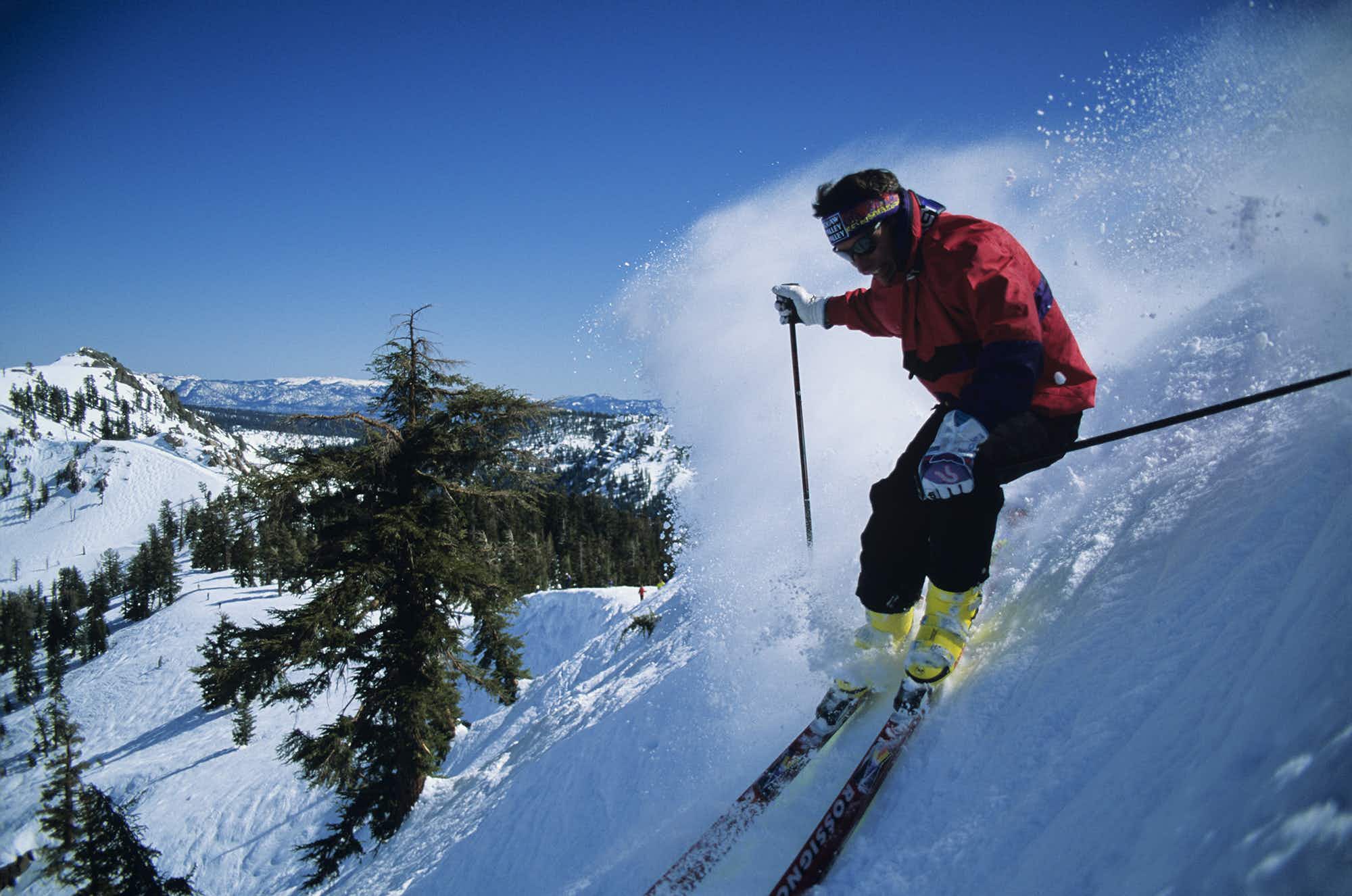