A fortress of sheer stone guards Slovenia’s hidden valleys, each brimming with quiet glacial lakes, wooden shepherds’ huts, and deep gorges cut by cool, crystalline ravines. And not only do the mountains and hills overwhelm the landscape, they dominate the local psyche as well. Hiking is practically the national sport, whether it’s ascending Mount Triglav or simply going for a leisurely walk around Lake Bohinj. Sure, the food is all farm-fresh and Ljubljana's diverse cache of architecture is incredibly captivating, but a true trip to Slovenia means strapping on your hiking shoes and spending your days out in nature.

The twin lakes of Bled and Bohinj are Slovenia’s most talked about attractions. Bled dazzles herself up in all of the royal finery – an elegant church spire punctuates a lonely island in the middle, a crumbling stone castle sits high atop a nearby bluff, and open-air terraces line her banks serving sundowners. Bohinj, on the other hand, prefers to flaunt her natural beauty. Stringently protected by the Triglav National Park mandate, she catches the reflection of the pine-studded mountains in her clear, green-tinged waters. Ask any Slovenian and they’ll likely say they prefer Bohinj; most tourists opt for the dramatic juxtaposition of history and nature at Bled. The perfect visit is to spend the day exploring both. Either way, you’ll need a full day to explore each one.

In Bled, it’s popular to take a pletna, a gondola of sorts, across the lake to the island church, but for the best views of the area it’s an easy and short walk up one of two trail markers – Ojstrica and Osojnica – for a coveted bird's eye perspective. Don’t miss a slice of famous cream cake (really just an excuse to rest your legs and enjoy the view), then spend the night in one of the luxury tent-cabins at Garden Village; the perfect intersection between camping and comfort.

The walking paths are plentiful around Bohinj’s edge; most hikers choose to take in a bit of the lake before departing on a more vertical visit up into the surrounding mountains. Mount Vogel is a popular choice for the views and amenities that await at the top, and, most importantly, its cable car that links Bohinj to its ridges. A thriving ski resort in winter, Vogel is a hiker’s paradise in the warmer months with trailheads leading to compelling lookout points in every direction. You’ll need a guide to make the ascent from the cable car station to the top of Mount Vogel –the return trip takes just over three hours, but it’s well worth the journey.

Climbing the craggy face of Mount Triglav, the country’s highest peak, is a rite of passage for every Slovenian, but hiking its lake-lined gorges – well preserved within the limits of the national park – should feature high atop any traveller’s to-do list. Often called the Valley of the Seven Lakes (there are actually 10) the Julian Alps’ most scenic trek eventually clears the tree line and features stony moonscapes dotted with cool blue lakelets.

The high-altitude glacial water ultimately drains out at the Slap Savica falls, which feeds the glassy tides of Lake Bohinj down below. Travellers with an accredited mountain guide can continue their ascent towards Mount Triglav and Mount Kanjavec, staying in prim-but-basic ‘bivis’, permanent bivouac huts along the way, or they can do as Savica and tumble back down toward the inhabited valleys to ascend a different route the next day.

There’s something supernatural about the color of the Soča River – it glows with an iridescent blue-green tint that only the finest and clearest water in the world could possess. And in the southwest corner of the Julian Alps, almost every facade in the village of Bovec has been turned into a paddling operator selling heart-pumping trips down the white waters of the gorges. You can kayak through some of the calmer corners of the emerald river system, hop aboard a guided rafting trip down some Level V rapids, or go canyoning between the rock crevasses, carved by millions of years of stone-scraping glacial runoff.

Get an early start the next day, and in a warm glow of morning follow the Vršič Pass, Slovenia’s highest road and the only connection between the northern and southern regions of the Julian Alps, for some of the most captivating views in the country. Built by Russian prisoners during the First World War, the route is a true marvel of transportation; and don’t worry, there a few good spots to pull off of the hair-pinning highway to take some photos. On the other side, in the town of Kranjska Gora, tuck into some homespun dishes at Gostilna Pri Martinu, made the way a Slovenian grandma would cook it. Then burn off the calories with a walk around the ski village’s crystalline lake.

Hiking has a historical twist around Kobarid, not too far from Bovec. Walking in the valley and up the ridges reveals its disturbing history from the First World War when the area was known as the Soča Front – a horrific zone of trenches and bombs that divided the Austro-Hungarian forces and the Italian army. Hundreds of the thousands of soldiers lost their lives in the land claim – today only the hollowed out bunkers and exposed underground walkways remain.

In the evening, delight in one of Slovenia’s culinary treasures. The nation’s most famous chef, Ana Roš, was catapulted to international fame on the Netflix series Chef’s Table. Today, a seat at her restaurant Hiša Franko is the most coveted reservation out there. She approaches her locally foraged, fished, and found menu items in a less disciplined fashioned than the New Nordic chefs of Copenhagen – that playfulness is noticeable in the servers’ attitudes as well, as they pass by your table filling your glasses with local wines. Should a table be unavailable, you won’t be disappointed with the heaping platters of cured meats and fine beers at their dressed-down tavern Hiša Polonka, only a few miles away.

The next day, hit the road for a short drive – around 40 minutes – from the scarred earths of war, to find the Brda region, also situated along the Italian border halfway between the snowy Alps and the breezy Mediterranean Sea. Sliced up by international accords, the line drawn between the two countries is wickedly arbitrary as it zigzags through the private vineyards. During the Yugoslavic era, soldiers patrolled grape fields keeping Slovenians well within the socialist side of the border; their produce managed by the state. Today, the Brda region has flourished, producing some of the world’s highest quality wines, largely due to the opoka soil beneath the vines – coveted marl-rich terroir.

Stop for lunch at Klinec in the border village of Medana for the finest in home-cured hams, slow-stewed meats, a cavern of cheese, and freshly baked bread – it’s everything you’d want from a meal in a small Italian hamlet, except you’re in Slovenia so it’s delightfully untouristed. A vineyard visit to Marjan Simčič down the street will take visitors deeper into the complexities of local wine making, including a tasting of the locally celebrated rebula grape (called ribolla in Italy) and an introduction into skin-contact wines; white blends made using a red blend technique. 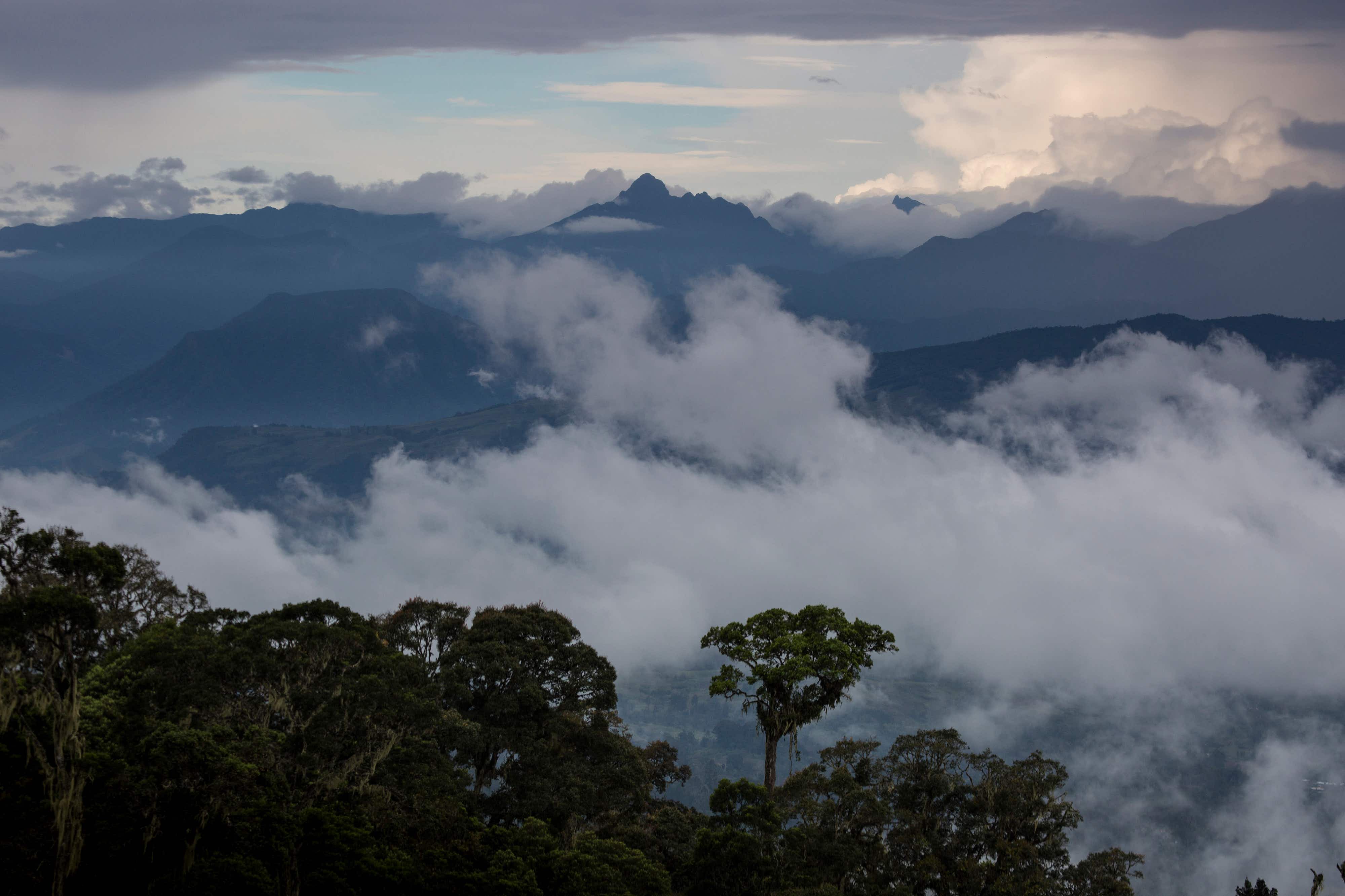 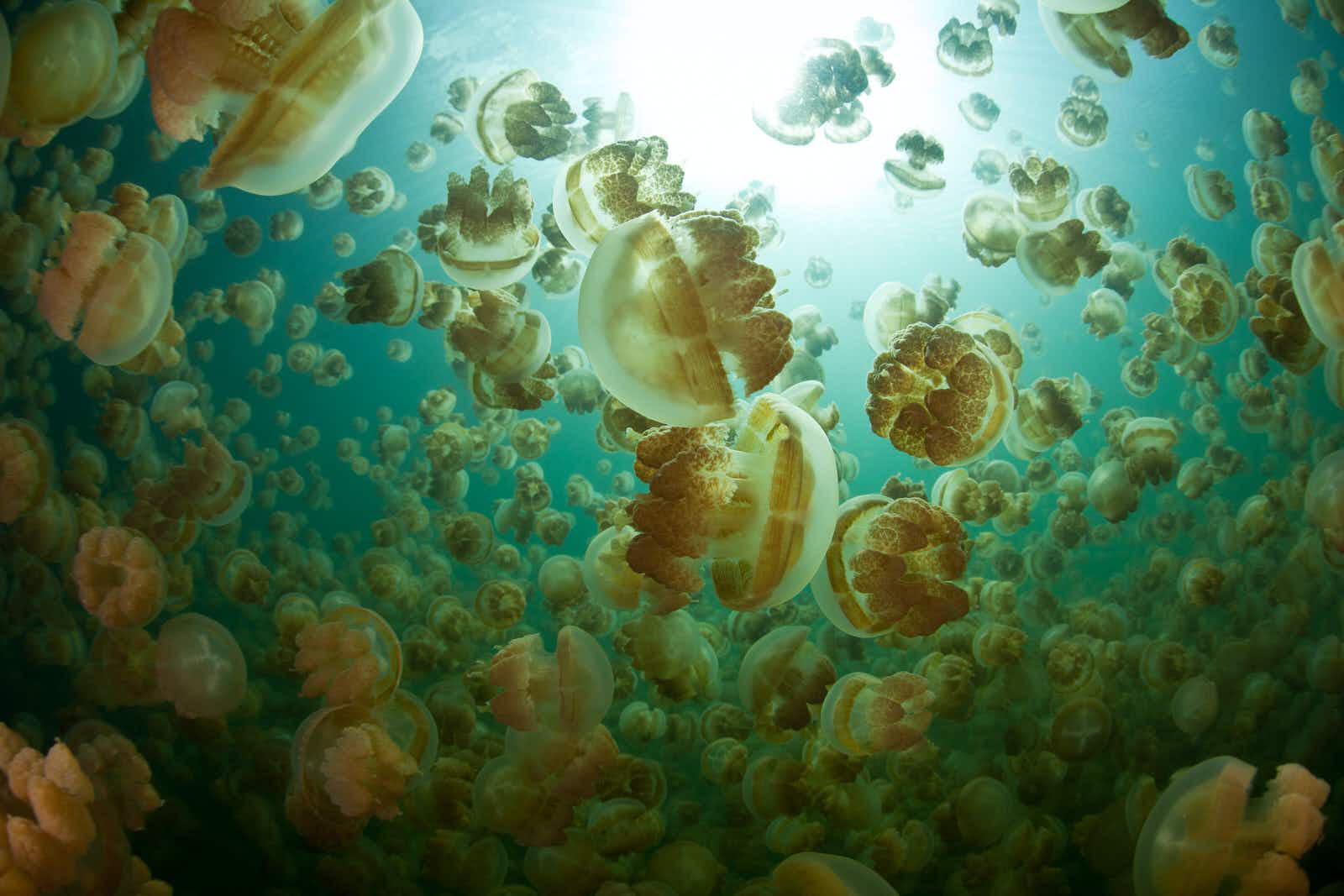 The natural world's other great migrations