Gotcha! Were you pranked by these April Fools' travel jokes posted worldwide?

Getting caught out on April Fools' day happened to all of us today.   So  we've come up with a list of some of the best and funniest travel-related April Fools’ Day pranks from around the world. From the introduction of kids' class cabins to robots delivering inflight orders, the travel industry pulled out all the stops today to try to hoodwink the public.

Read on to see if you were taken in by any of these jokes?

Coming to a flight near you? A robot food handler.

Canadian airline WestJet tried to fool us by introducing RALFH, a computerised food and beverage robot that travels along the ceiling delivering your inflight orders. Actually, we like the sound of that one! Read more: WestJet

Virgin Australia tried to trick us into believing that they were introducing an adult-free children's cabin. Customised teddies and bubbles on demand plus unrestricted seat-kicking anyone? Watch here: Virgin Australia

Will umbrellas and rain jackets be banned on the Gold Coast in Australia?

Gold Coast Tourism released a set of rules to Kiwi travellers, who they claim are" well-known for bringing bad weather with them," to stop them raining all over the popular hot holiday destination of Gold Coast.  They warned that they will be looking out for tourists seeking to smuggle contraband lik umbrellas, rain jackets or ponchos in and by keeping a watchful eye out for those wearing extra layers on the beach. Read more: Gold Coast Tourism

The Flying Scotsman locomotive is set to return?  Image by Peter Byrne/PA Wire

4. Return of the Flying Scotsman on the East and West Coast

Virgin Trains announced that customers will soon be able to catch a steam train to work, and claimed that the original Flying Scotsman locomotive would be joining its fleet later this year on its East Coast and West Coast routes. A 25 per cent discount on tickets was offered to customers willing to shovel coal to help keep the train running across the route. Read more: Virgin Trains

Disney has just gone and bought Japan, according to a French blog.

5. Japan has been bought by Disney

Are they taking the Mickey? A French blog claimed that Disney has bought Japan, making it the first country to become the property of a private company. Read more: Mr Mondialisation

A bicycle that cycles itself on the streets of the Netherlands.

6. The self-driving bicycle in the Netherlands

Google Netherlands alleged that they were introducing a self-driving bicycle in Amsterdam, to enable safe navigation through the city and further its ambition to improve urban mobility with technology. On your bike, Google. Watch here: Google Netherlands

Danish newspaper claimed passengers would be charged for their own weight, plus their suitcase.

Danish newspaper Berlingske claimed that a new rule was being introduced where aeroplane passengers would have to pay a fee for every extra kilo they and their luggage combined weigh over 105 kilos. Read more: Berlingske

Game of Thromes ficitional land set to be recreated in Dubai? . Image by helterskelter_ Instagram

8.  Replica of Westeros to be built in Dubai

There was high excitement at the news reported by The Telegraph that Dubai was on its way to recreate Westeros the fictional land of Game of Thrones in the emirate. Known for its outlandish and ambitious designs, this would not have been a far cry from something that might actually happen in Dubai. The Telegraph reported that the designs addressed the problems of temperature, and that some of the stars of the show would also be in attendance intermittently. Sadly no such plans are underway, so diehard fans must wait and see if this April Fool’s encourages anyone to actually recreate a Westeros . Read more: Telegraph 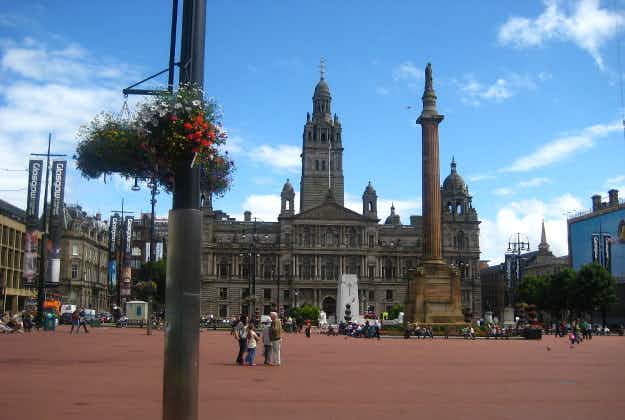