Four friends who went stand up paddleboarding off the coast of Kerry in Ireland were incredulous when they unexpectedly came across the most incredible hidden cave. Kerry is well-known for its stunning scenery and, in particular, for the Ring of Kerry and Skellig Michael, where parts of Star Wars were filmed, but the friends were still blown away by the discovery of the cave.

Paul Deering from Sligo is president of the University of Limerick Surf Club, and he and his friends headed to Kerry in the hope of finding some waves at the popular surfing beach, Ballybunion. However, the sea was flat so they headed out to another small secluded beach, and ventured out into the water for a paddle along the coast instead. "We noticed an opening to a small cave so we paddled into it, and it opened up into an incredible cavern," Paul tells Lonely Planet. "Surprisingly, there was also a small wave you could surf through at the entrance."

Paul says he was delighted to find such a stunning cave in his home country, and can't wait to return to explore it again. "It was scary at first as there were waves crashing through the entrance, but once we got through, our breath was taken away," he says. "What we came upon was nothing short of spectacular. To have a cave with an accessible entrance, an opening in the roof to let light in and a beautiful beach at the bottom is extremely rare, and another example of the incredible beauty of the west coast of Ireland."

Paul loves to travel and he recently returned from a trip to South America, where he spent a month travelling around Bolivia, Peru, Colombia and Ecuador. He posts about his travels around the world on his blog, Instagram and YouTube. 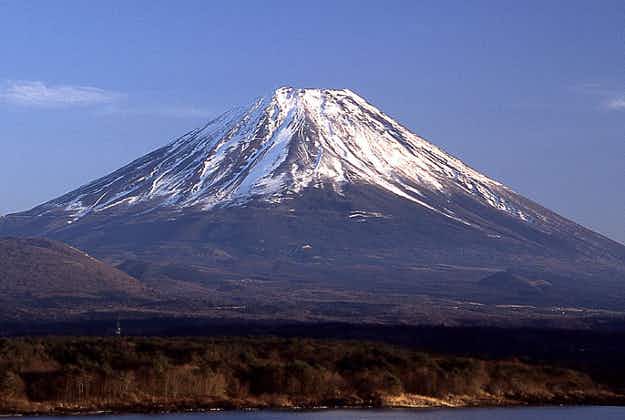 First snow of the winter falls on Japan's Mt Fuji…