The best places to eat in Mexico City in 2022

With a seemingly endless street food scene and some of the nation's most acclaimed haute-cuisine, Mexico City spoils visitors of all tastes and budgets. Add in a widely diverse menu of Mexican regional fare, from Oaxacan mole to authentic Hidalgo-style barbacoa, and you have one sweet foodie destination. Buen provecho!

The best tacos in Mexico city

It is said that Mexico's sprawling capital has a whopping 18,000 taquerías, so if you like taco crawls, you've come to the right place. Here's our pick of the city's top tacos.

Tacos al pastor (spit-cooked marinated pork) are the quintessential Mexico City fast food and El Huequito (literally, "the hole-in-the-wall") has been slicing and spicing them with gusto for more than six decades. Inspired by Lebanese immigrants, this taco fusion sensation pays a nod to the Middle Eastern shawarma, but the tropicalized Mexican version uses pork as a substitute for lamb, and a corn tortilla instead of pita bread.

The pork marinade is made with annatto spice and guajillo chili, imparting subtle notes of flavor. Head El Huequito's original downtown location (across from gourmet food market Mercado San Juan) where tacos al pastor are the sole menu item and get the full attention they deserve.

This nondescript downtown spot may look like your typical street food joint, but for late-night munchies, it slings some of the most iconic eats in Mexico City. The dish drawing night owls from across the city is tacos de suadero, made from beef brisket cooked in a bubbling vat of lard.

Los Cocuyos also does excellent lengua (tongue) and crispy tripa (tripe) tacos. For the truly adventurous, the menu runs to eyeballs, cow brains and snout. Rest easy though – the brisket and campechano (Mexican sausage) tacos are king. The late and much-missed Anthony Bourdain raved about these bad boys, and you will too.

Also known as El Gran Abanico, this former butcher shop on Calle Gutiérrez Nájera s/n in the working-class Colonia Tránsito neighborhood has morphed into a perennially packed taquería specializing in carnitas (pork simmered in lard). Get here via Metro San Antonio Abad and dive in!

Start with the house specialty – a costilla (rib) taco served with or without the bone – and pile on fixings such as nopales (cactus paddles), fresh salsa and whole beans. Regulars also love the chicharrón (pork rinds), which can be crumbled onto any taco to add a tantalizing crispy texture.

A plethora of sleek gourmet restaurants thrive in neighborhoods such as upmarket Polanco, boho-chic Roma and Condesa, and the renovated Centro Histórico. Dress for dinner, and bring a healthy dinner budget.

Dining at this casual yet stylish restaurant in the affluent Polanco neighborhood leaves quite an imprint, so just sit back for a few hours and savor the exquisite flavors. Just don't forget to book weeks ahead to secure a table.

When chef Gabriela Cámara launched Contramar in 1998 – and with it, her now-famous tuna tostadas (open tacos) – she never imagined that her creation would set off a whole new dining trend in the Mexican capital. But these crunchy tostadas, topped with fresh, sashimi-grade marinated tuna, avocado and crispy leeks, were a bonafide taste sensation.

It didn’t take long for other contemporary Mexico City seafood restaurants to hop on the tostada de atún bandwagon, but Contramar's version is still one of the best. When ordered with pescado a la talla (a zesty grilled whole fish), this is Mexican seafood at its finest. Reserve ahead.

Chef and cookbook author Ricardo Muñoz Zurita traveled throughout Mexico in search of the traditional recipes that he recreates for his Mexico City restaurants, such as Azul Histórico, which occupies a 17th-century colonial palace downtown. His black mole dishes are a love letter to Oaxaca, while the pescado tikin xic (achiote-rubbed fish) shines a spotlight on Yucatecan cuisine.

Think of the menu as a culinary tour of Mexico's most revered regional fare. His second restaurant – Azul Condesa – puts you in the center of the Condesa neighborhood, one of the city's most happening nightlife hubs.

Beyond the familiar flavors of central Mexico, sampling the nation's celebrated regional cuisines (each state boasts its own distinctive dishes) is a highlight of any visit to Mexico City.

It's little wonder Oaxacan cuisine has become so wildly popular – there’s nothing quite like an elaborately prepared, smoky Oaxacan mole dish or the downhome goodness of a tlayuda (a large tortilla filled with beans, cheese and aromatic herbs).

If you can't make it down south to culinary Oaxaca, Pasillo de Humo is the next best thing, with savory delectables such as molotes istmeños (fried plantains in red mole sauce), a specialty from the sultry isthmus region.

Hailing from Hidalgo, Mexico's famed barbacoa capital, the family behind Hidalguense serve pit-roasted lamb that’s slow-cooked over aged oak to give the meat a pronounced smoky flavor. It's a great introduction to the food from north of Mexico City.

When ordering the barbacoa, which comes to the table wrapped in maguey (agave) leaves, go for the tender costilla or espaldilla (rib or shoulder meat). And don't forget to treat your tummy to a natural dose of probiotics by downing a passion fruit pulque, a fermented alcoholic drink made from agave.

Order three tacos (we recommend trying one of each) and the platter comes with complimentary roast potatoes. For the perfect accompaniment, order agua de jamaica y guayaba (a refreshing hibiscus and guava drink). Dine at the Condesa location, and you can head one block east for an after-dinner mezcal at specialty bar, La Clandestina.

Late starters will find a lunch menu that regularly features seasonal dishes, such as the beloved chile en nogada (stuffed poblano peppers topped with a sweet walnut sauce and pomegranate seeds) in August and September. And yep, this red, white and green presentation is a tribute to the colors of the Mexican flag.

The line of eager diners usually goes right around the building at this humble breakfast spot and the homestyle dishes go fast, so get here early. Diners share tables over Mexican classics such as longaniza en salsa verde (sausage in spicy green salsa) and the beloved frijoles con huevos (refried beans and eggs).

The menu changes daily at this Mexico City institution and the quality remains consistently high, a testament to more than six decades in the breakfast biz.

A rapidly expanding local chain, El Moro has long been feted as Mexico City's premier place to get your churros on. It started life in 1933 when a Spanish immigrant began selling sugar-dredged fritters out of a portable cart in the capital's main square.

In 1935, the founder set up a proper churrería shop along downtown's busy Avenida Eje Central, and now the family business has a dozen locations. Indulge in the guilty pleasure of the "combo" – four piping hot churros and a cup of Mexican-style hot chocolate.

It seems like every month there’s a new vegan or vegetarian place popping up in Mexico City's trendy Roma and Condesa neighborhoods, both of which have emerged as hubs for the city’s creative dining scene.

Unlike many vegetarian and vegan establishments specializing in tacos, Por Siempre Vegana manages to capture the true essence of the taquería experience with its spit-cooked al pastor tacos (made from wheat) and various grilled items created from soya and mushrooms.

The restaurant started out as a popular street food stall on the corner of Manzanillo and Chiapas, in the heart of the Roma, but has since expanded its operations to a nearby taco shop that also serves dairy-free desserts, flautas (fried rolled tacos) and other treats.

Tacos are pricier than average but the pleasant sidewalk restaurant whips up some of the best vegan eats in town, so bring an appetite.

The vegetarian-friendly menus at Panadería Rosetta (and sister bakery Café Nin) include an enticing assortment of meatless signature snacks, such as guayaba (guava) rolls, chocolatín (chocolate-filled pastries) and various tasty croissants and baguettes.

Owner Elena Reygadas, sister of the award-winning Mexican filmmaker Carlos Reygadas (of Silent Light fame) is regarded as one of Mexico's top pastry chefs, and it shows.

You might also like:
How to spend the perfect weekend in Mexico City
Mexico City's best neighborhoods to explore
When to go to Mexico City

This article was first published March 2020 and updated February 2022 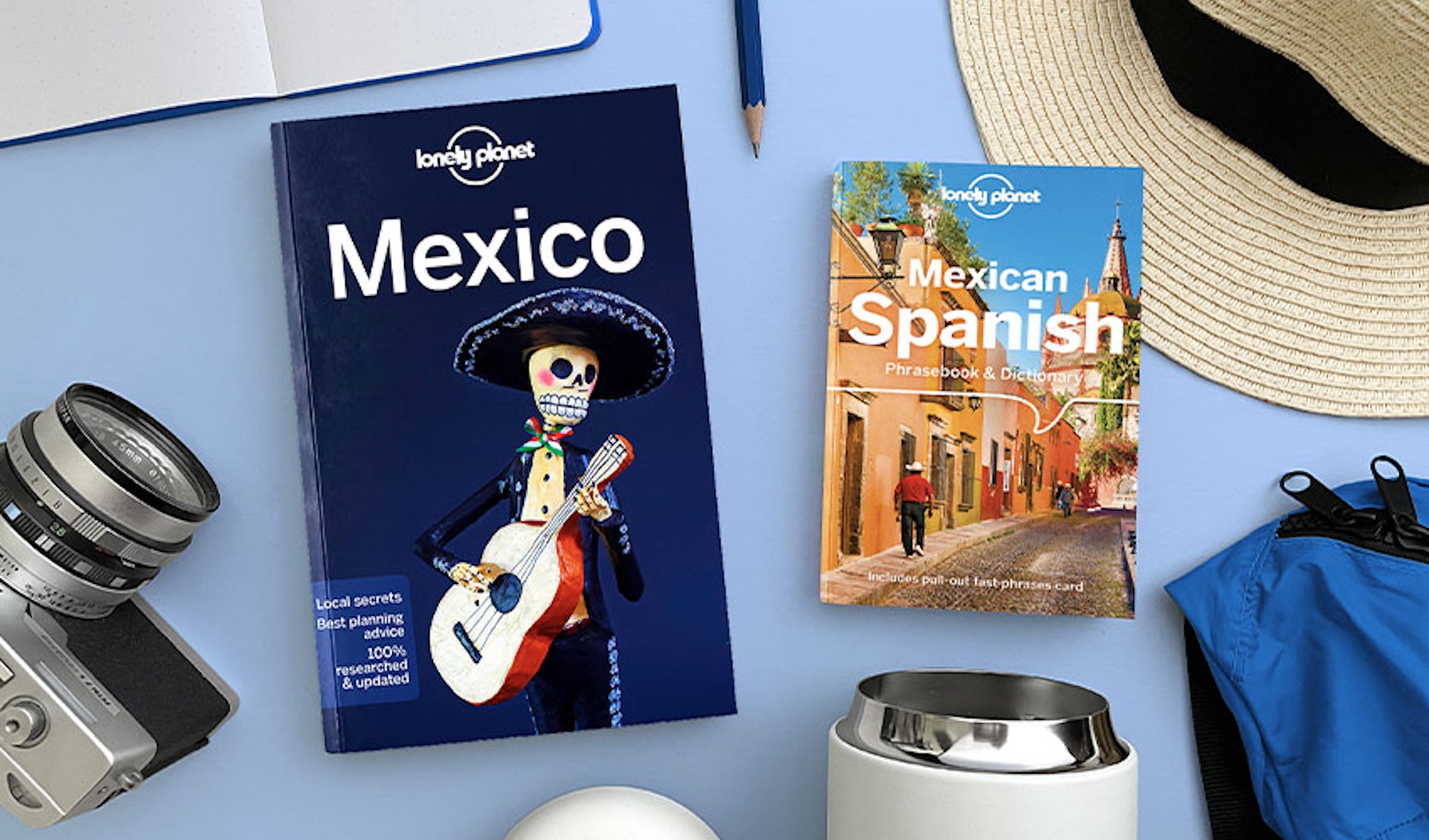 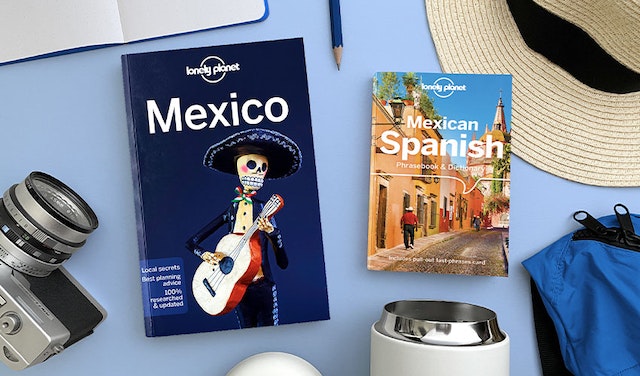