Belgrade boroughs: a tour of the top neighbourhoods

Divide and conquer, they say. A metropolis of Belgrade’s size is best conquered by exploring its distinct, vivid neighbourhoods. Spread out on both banks of the Sava and Danube rivers, each of them offers sites rich in history and culture and is hip and photogenic in its own way. Here’s a quick tour through the main districts of the Serbian capital.

Let’s start with the basics. As you arrive to Belgrade, go for a stroll through Knez Mihailova street, the city’s main pedestrian zone lined with shops, cafes and galleries. It leads on one end to the Kalemegdan Citadel with a wealth of attractions within its gates including the Military Museum, Victor Monument, Ružica Church, Observatory and Belgrade Zoo. Kalemegdan will always treat you with a stunning view over the Sava and Danube rivers’ confluence, the Great War Island nature reserve and the distant contours of the charming Zemun neighbourhood. You may want to relax barefoot in the trendy Boho Bar across from the Observatory with its exotic jungle-like interior and the sounds of chill-out music.

Walking back through Knez Mihailova to Republic Square on its other end, turn right into Kralja Petra street to get familiar with Serbian traditional food at Manufaktura. Make sure you stop by the Zepter Museum to check out its large collection of works by contemporary Serbian artists.

Approaching the historical Dorćol neighbourhood from Republic Square, you’ll pass through Skadarlija, a former bohemian quarter and one of Belgrade’s main tourist attractions. Skadarlija owes its fame to the times long gone when actors and writers used to hang out and drink all night in its kafane (taverns) after the performances at the nearby National Theatre. Nowadays, famous restaurants such as Tri Šešira and Dva Jelena are trying to recreate that atmosphere with live gypsy music and quite pricey menus.

Parallel to Skadarlija is Cetinjska street with its hip, heterogeneous clubs and bars – try Dvorištance or Zaokret – situated in the former brewery complex of Cetinjska 15. In daytime you can cycle through the quiet, leafy streets of lower Dorćol stretching along the Danube, find the oldest house in Belgrade at Cara Dušana 10, browse the open-air Bajloni Market or visit the interactive Museum of Science and Technology. Upper Dorćol is also a good destination for boutique and gallery hopping.

Take a walk down a gentle slope from Knez Mihailova towards the Sava river through the beautiful historical quarter of Kosančićev venac. The oldest section of Belgrade outside Kalemegdan is also the site of the classicist Orthodox Cathedral. Where there’s a church, a kafana can’t be far away, so right next door you’ll find The Question Mark, the city’s oldest traditional tavern. The cobblestone streets of Kosančićev venac are home to the University of Arts – as well as the Museum of Applied Arts with frequent themed exhibitions – and art students can often be seen hanging out on the stairs overlooking the Sava or at The Black Turtle pub.

Descending from Kosančićev venac, you enter Savamala, the centre of a revitalised alternative culture and nightlife in an otherwise rundown portside district. Try to get a taxi on a Saturday night, while the party at Tranzit bar is in full swing, and see what happens. Savamala is also the focus of the controversial Belgrade Waterfront project, which imposes a luxurious, Dubai-like vision of the area to the dismay of local architects and residents. Although the Sava promenade has been renovated under this project, the warehouse space of KC Grad remains the cultural hub of Savamala life.

Now back to the hills. Vračar is a desirable, expensive nest of Belgrade’s middle class. From the central Slavija roundabout with its hilarious musical fountain, it’s a short climb to the imposing Sveti Sava Temple, a monumental Orthodox church in construction since 1935. Just next door is the National Library, from where you can head to the stylish Villa Maska for a coffee break, followed by a visit to the bustling Kalenić Market to get fresh fruits for dessert. The nearby Nikola Tesla Museum, dedicated to the great Serbian-American scientist, is also a don’t-miss sight in Vračar. At dinner time, try the traditional grill at kafana Čubura (at Mačvanska 1) in another old bohemian quarter of the same name. It’s one of the rare Belgrade restaurants that has managed to keep the authenticity of Serbian food and socialising.

This vast green area is easily reachable from the city centre by public transport. It’s also the locals’ favourite, distant from the urban buzz and with plenty of opportunities to stretch your legs. In Topčider Park you can admire a gigantic centenarian plane tree and spy on wedding photo shoots. From there, either head uphill to forested Košutnjak Hill, or to posh residential area of Dedinje – but first have a tasty organic pizza at Dvorište, near the enjoyable Museum of African Art. The mansions of Dedinje have been homes to politicians, diplomats and businessmen, with the Royal Compound now open to the public. The Museum of Yugoslav History is not to be missed for notable memories of former Yugoslavia.

Ada Ciganlija island on the Sava river is a perfect place to start or end a day. In summer it’s a popular city beach with various sports activities and innumerable cafes around the lake. But locals like it better out of season when it’s less crowded, or choose to withdraw to Na kraj sveta bar at the far end of the lake.

From Ada Ciganlija, hop on a boat across the Sava to New Belgrade, a result of optimistic urban development during the post-WWII era. Completely different from the old city and built on flat swampy land, most of New Belgrade is today a huge, worn-down testament to brutalist architecture – look for the Palace of Serbia and Genex Tower – and imaginary cultural revolution. Despite modern businesses and large shopping malls coming here in recent years, the long-time residents are still proud of living in sprawling ‘blocks’ and fostering local urban culture. Still, a new lifestyle is being developed, and health-food restaurant Oliva embodies this shift. In summer the Sava riverbank turns into a night-long party on splavovi (river barges), where you can find all kinds of music from turbo-folk at Blaywatch to electronic and alternative at 20/44.

While New Belgrade is mostly business- or party-oriented, neighbouring Zemun will surprise the visitor with its romantic, quaint streets and a beautiful quay full of walkers and joggers all year long. Zemun used to be a separate town which belonged to the Habsburg Monarchy up until WWI – hence its distinct architecture and a more laid-back atmosphere. The famous fish restaurant Šaran is located right on Danube Quay. Its selection of fresh carp, catfish or trout may not come cheap but you won’t regret your riverside treat. For a classy night out, private Madlenianum Opera & Theatre on Zemun’s main street may just be your cup of tea. If you’re up for drinks only, check out Afro-style barge Savana on the quay, or search for tiny Crveni Rak beer garden, tucked in a side street, before heading towards Gardoš Tower to enjoy the panorama of the Serbian capital. 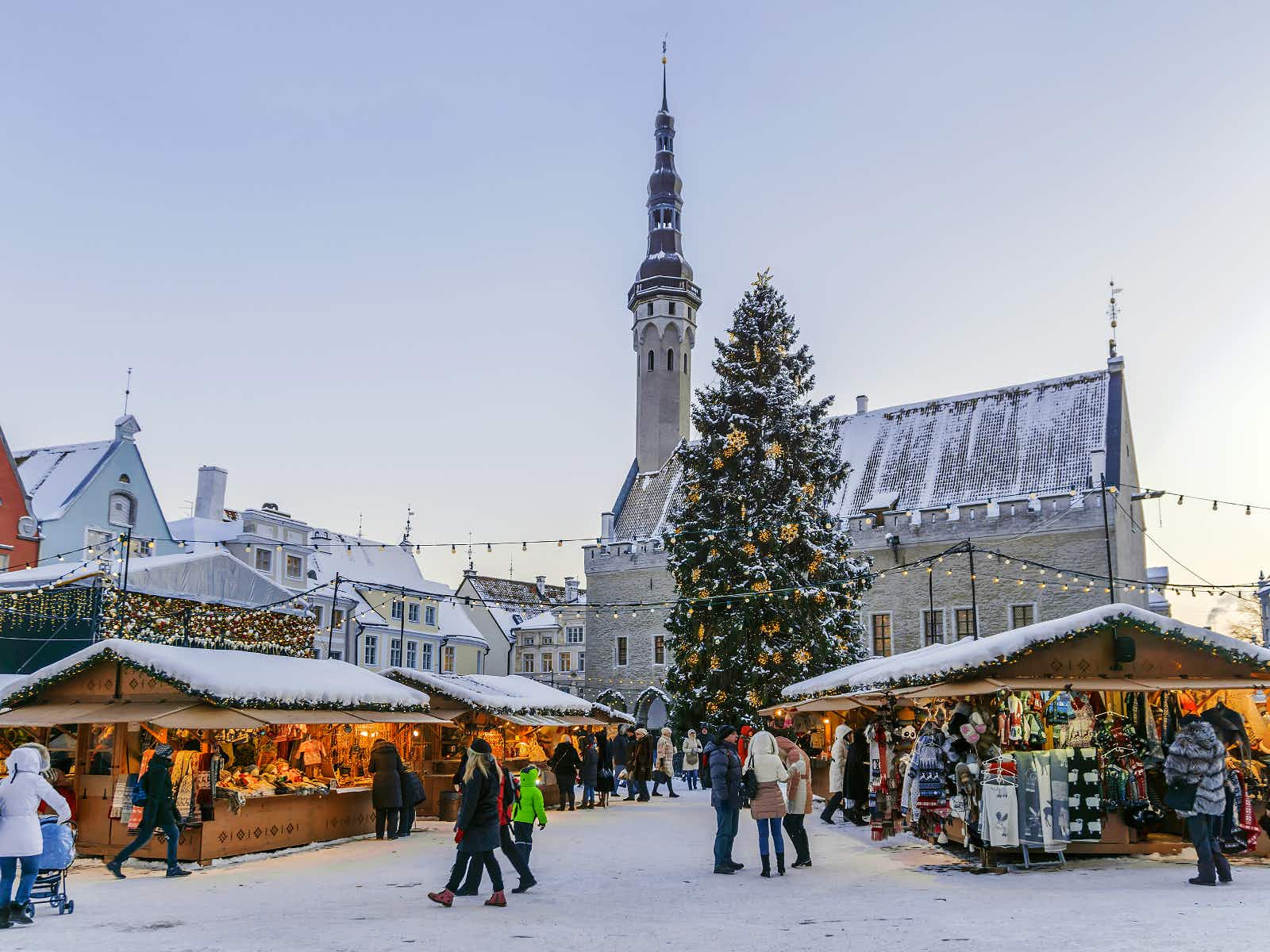 Where to go in December for culture 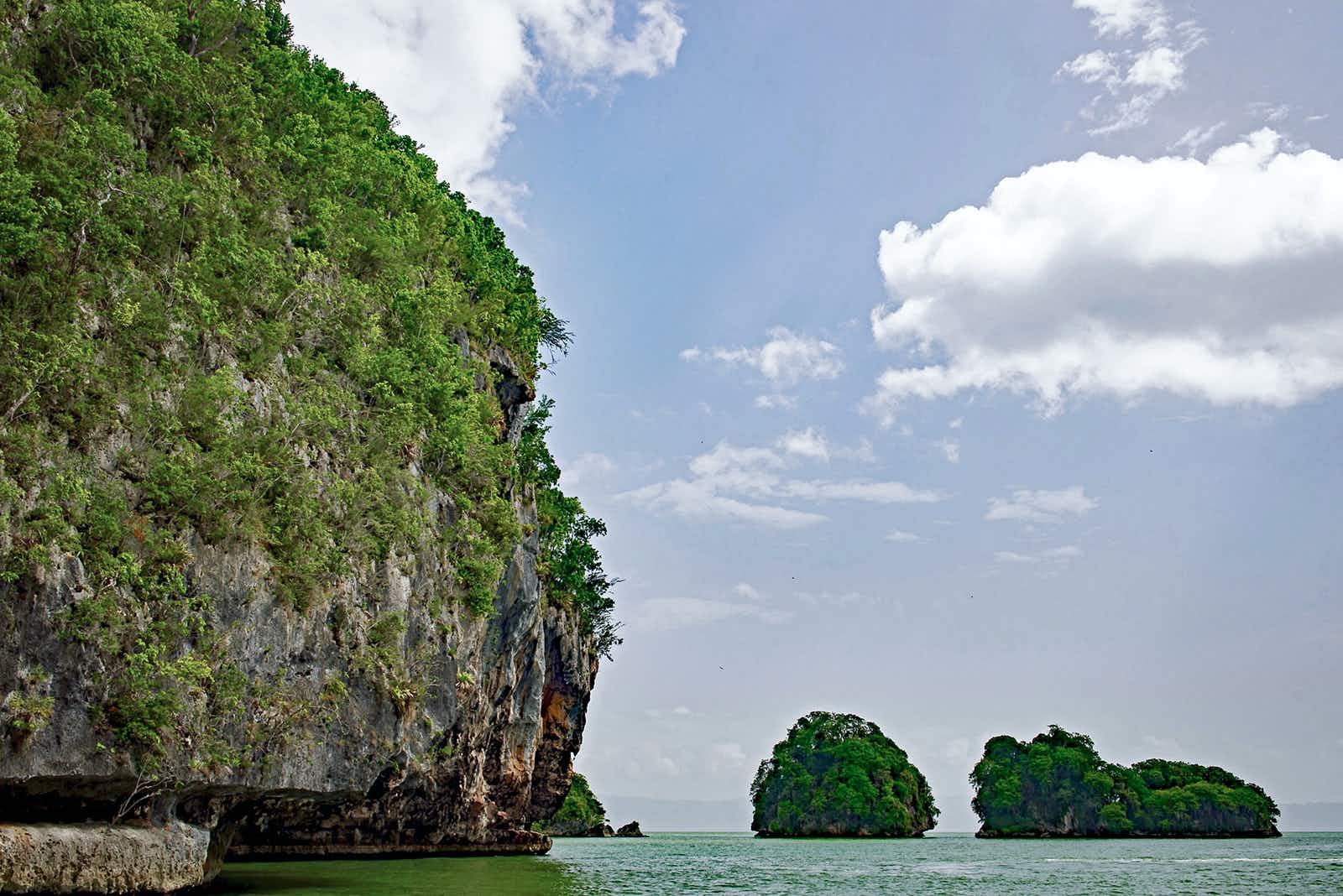