A journey into genius

Want to enter the world of a genius? Visiting the homes, workplaces and old haunts of Marie Curie, Shakespeare, Einstein and the like may not imbue you with an intellect that will change the world, but it will certainly get you thinking.

Take a trip with us to the places that put some of the greatest minds on the map.

Wolfgang Amadeus Mozart, the ultimate wunderkind, is synonymous with Salzburg. The childhood genius – who would later compose a host of classical masterpieces such as The Marriage of Figaro, Flute and Requiem – was born at Hagenauer House (also known as Geburtshaus) on 27 January 1756. The house, where he lived with his sister and parents until the age of 17, has long been a popular museum (mozarteum.at). Set on three floors, it exhibits a collection of Mozart’s letters, family portraits and an array of historical musical instruments, including his childhood violin.

Marie Curie, one of the greatest fighters against cancer, whose research continues to treat millions of patients worldwide, was a proud daughter of Warsaw. The first woman to win a Nobel Prize (1903) and be entombed in the Panthéon in Paris (1905), her heart was always in Poland. Famous for her pioneering research on radioactivity, the facade of her birthplace on Freta St has a mural depicting a baby holding a test tube with the two elements she discovered – polonium (named after Poland) and radium. This street is also home to the Maria Sklodowska-Curie Museum (muzeum-msc.pl), which tells the tale of her life through exhibits and films in Polish, English and French.

OK, Sigmund Freud was Austrian and there is a sizeable museum in Vienna, but to really get into the mind of the founder of psychoanalysis, you need to go to London. Located on a quiet street in Hampstead, the Freud Museum (freud.org.uk) looks like a rather ordinary Victorian house from outside, yet inside you’ll find Freud’s extensive collection of Egyptian ornaments, shelves filled with books and his original psychoanalyst couch. Amazingly, Freud only lived in the house for one year – he fled to London in 1938 after the Nazi annexation of Austria and died in 1939 – but his artefacts were preserved by his daughter Anna Freud who lived in the house for 44 years.

German-born physicist, philosopher of science and all-round icon for crazy-haired geniuses everywhere, Albert Einstein lived in Bern from 1902 to 1909, which he called the happiest and most productive years of his life. 1905 was his annus mirabilis, when he wrote four articles that changed modern physics and our views on space, time, and matter, including the special theory of relativity and his famous E=mc² equation. These earth-shattering papers were created in a modest apartment on Kramgasse, which is now the newly renovated Einstein House (einstein-bern.ch), home to his typewriter, telephone and some very well-worn passports.

‘Generations to come’, Einstein said, ‘will scarce believe that such a man as this one ever in flesh and blood walked upon this Earth’. Not a scientific genius, Mohandas K Ghandi, known as ‘Mahatma’ or ‘great soul’, experimented with truth. No other place tells the tale of the little man who defeated the British Empire with his philosophy of satyagraha (nonviolent civil resistance) better than the Sabarmati Ashram (gandhiashramsabarmati.org). Gandhi lived here from 1917 to 1930. The ashram houses the ‘My Life is My Message’ photo gallery, Gandhi’s iconic charkha spinning wheel and 34,111 letters.

A place of pilgrimage for art lovers, Casa Azul (Blue House) is where Frida Kahlo was born, lived and died (museofridakahlo.org.mx). The house, built by her father in 1904, is located in the Coyoacán neighbourhood. Today, people flock to see her paintings, clothes, jewellery, household objects and the pre-Columbian art collected by her husband Diego Riviera. Best-known for her surreal self-portraits, Kahlo has become a 20th-century heroine, representative of Mexican, indigenous and feminist art. As she stated, ‘I was born a bitch. I was born a painter.’

Forget the Mona Lisa in Paris or The Last Supper in Milan, to see the real Leonardo da Vinci you need to go to the tiny village of Anchiano in Tuscany. It was here, among the vineyards and rolling hills, that the genius painter, architect and inventor drew his inspiration. The old country villa where Leonardo was born has been recently renovated and transformed into an interactive museum. Down the road is the Church of Santa Croce where Leonardo was baptised and the bigger Museo Leonardiano (museoleonardiano.it).

Although he was born in Germany and died in England, it was in Belgium that Karl Marx, along with his comrade Friedrich Engels, penned The Communist Manifesto. Legend has it that Marx, who lived in Brussels from 1845 to 1847, wrote the manifesto in the smoky backroom of le Cyne (the Swan), a public house where he educated workers. Aside from the swan statue that still graces the doorway, Marx wouldn’t recognise the opulent Brasserie de l’Ommegang that now occupies 9 Grand Place.

What could be more English than standing with a beer in hand, watching a Shakespeare play by the River Thames? Only tea with the Queen. Yes, 2016 marks 400 years since the death of William Shakespeare and this theatre on London’s South Bank will be celebrating with a host of special performances and exhibitions. A reconstruction of the original

Elizabethan playhouse from 1599, Shakespeare’s Globe (shakespearesglobe.com) is an initiative by actor and director Sam Wanamaker and opened in 1997. It is now the undisputed home of Shakespeare in performance and also offers educational tours, a playground and a souvenir shop where you can buy a Hamlet hoodie. Word up!

Salvador Dali said, ‘There is only one difference between a madman and me. I’m not mad.’ Indeed, there is a fine line between insanity and genius, which is made evident by Dali’s bizarre house, Casa Museu Dali, in Port Lligat (salvador-dali.org/museus/casa-salvador-dali-portlligat). Located just outside Girona near the French border, the house began in 1930 as a simple fishing hut, but over the decades Dali added more rooms ‘like a real biological structure’. The Spanish painter, famous for surrealist masterpieces, lived here until his wife Gala died in 1982. Packed with crazy objects (including a life-sized polar bear) and narrow corridors, it also has a tranquil courtyard, swimming pool and two egg-shaped towers. 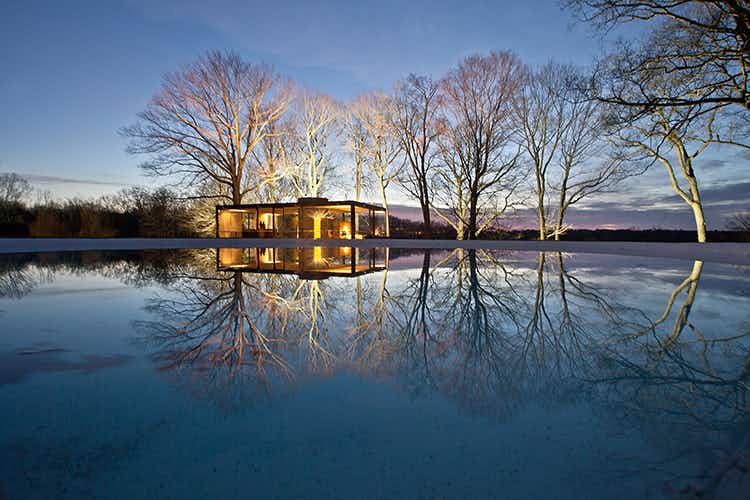 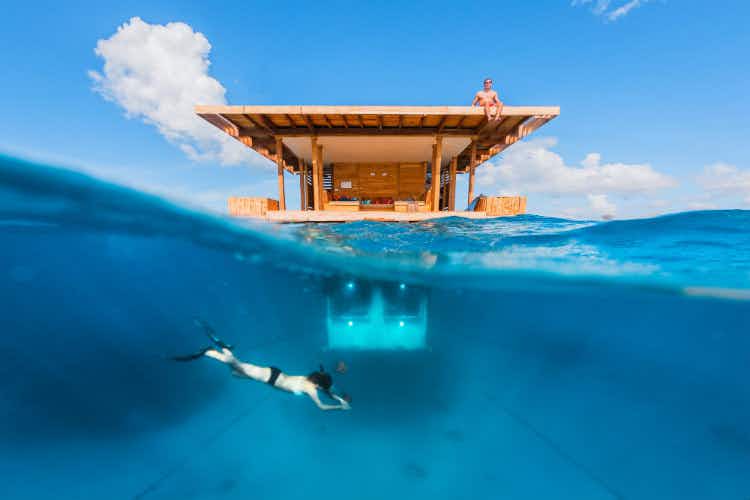 The world’s most extraordinary sleepovers