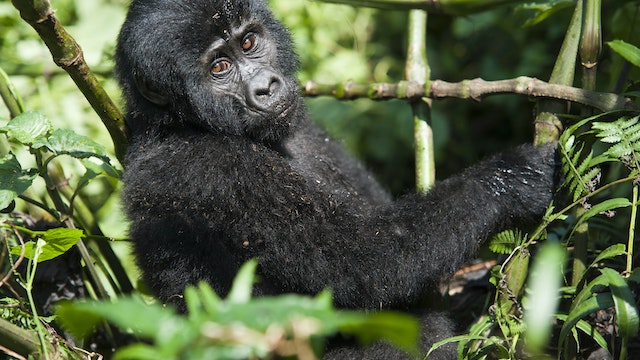 As well as its famous primates, the park contains 120 other species of mammal – more than any of Uganda’s other national parks – though sightings are less common due to the dense forest. Lucky visitors might see forest elephants, 11 species of primate (including chimpanzees and L’Hoest’s monkeys), duikers, bushbucks, African golden cats and the rare giant forest hog, as well as a host of bird and insect species. For birdwatchers it’s one of the most exciting destinations in the country, with over 350 species, including 23 of the 24 endemic to the Albertine Rift and several endangered species, such as the African green broadbill. With a good guide, sighting daily totals of more than 150 species is possible. On the greener side of the aisle, Bwindi harbours eight endemic plants.