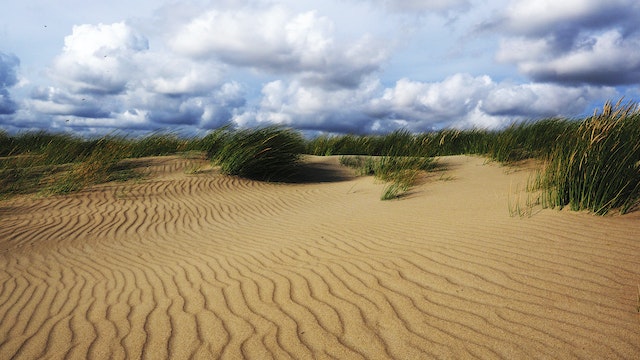 The patchwork of dune-scape running along the western coast of the island is a prime reason for visiting Texel. Salt fens and heath alternate with velvety, grass-covered dunes; plants endemic to the habitat include the dainty marsh orchid and orange-berried sea buckthorn. Much of the area is bird sanctuary and accessible only on foot. The visitor centre at Ecomare has schedules and makes reservations for excellent two-hour ranger-led dune walks in English and Dutch (from €7.50), and supplies maps.

De Slufter became a brackish wetland after an attempt at land reclamation failed; when a storm breached the dykes in the early 1900s the area was allowed to flood and a unique ecosystem developed. To the south, De Muy is renowned for its colony of spoonbills that are monitored with great zeal by local naturalists.

A stone's throw from the windswept beach lies the dark, leafy forest of De Dennen, between Den Hoorn and De Koog. Originally planted as a source of lumber, today it has an enchanting network of walking and cycling paths. In spring the forest floor is carpeted with snowdrops that were first planted here in the 1930s.