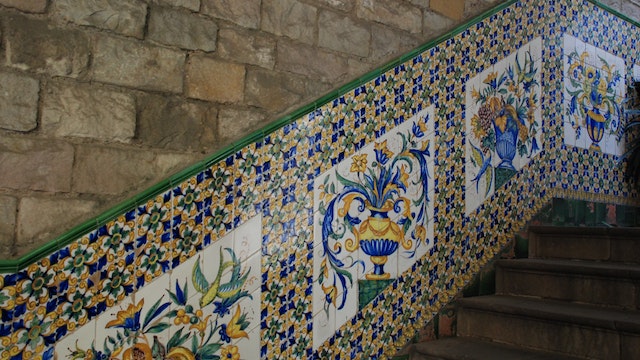 The 16th-century Casa de l’Ardiaca has housed the city’s archives since the 1920s. Stroll around the supremely serene courtyard, cooled by a fountain and a soaring palm and adorned with beautiful tilework by Josep Roig; it was renovated by Lluis Domènech i Montaner in 1902, when the building was owned by the lawyers’ college. Domènech i Montaner also designed the distinctive postal slot, whose swallows and tortoise are said to represent the swiftness of truth and the plodding pace of justice.

The lower part of the entire northwest wall of the Casa de l’Ardiaca is of Roman origin – you can make out some stout original wall and part of the first arch of a replica Roman aqueduct. Upstairs, you can look down into the courtyard and across to La Catedral.