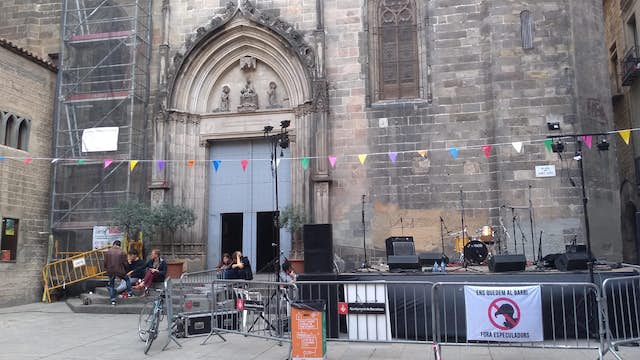 This slightly neglected single-nave church, with chapels on either side of the buttressing, was built in 1342 in Catalan Gothic style on what is reputedly the site of the oldest parish church in Barcelona. Inside, you can admire some fine stained-glass windows, then climb the bell tower (closed Sunday) for knockout views across central Barcelona. In front of it, in a pretty little square that was used as a film set (a smelly Parisian marketplace) in 2006 for Perfume: The Story of a Murderer, is what's claimed to be the city’s oldest Gothic fountain.

On the morning of 11 September 1924, Antoni Gaudí was arrested as he attempted to enter the church from this square to attend Mass. In those days of the dictatorship of General Primo de Rivera, it took little to ruffle official feathers, and Gaudí’s refusal to speak Spanish to the overbearing Guardia Civil officers who had stopped him earned him the better part of a day in the cells until a friend came to bail him out.