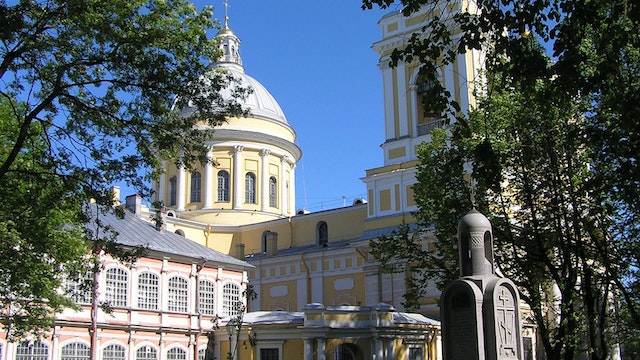 The Alexander Nevsky Monastery – named for the patron saint of St Petersburg – is the city's most ancient and eminent monastery. Peter the Great made a mistake when he founded the monastery on this spot at the far end of Nevsky pr, thinking wrongly that it was the site where Alexander of Novgorod had beaten the Swedes in 1240. Nonetheless, in 1797 the monastery became a lavra, the most senior grade of Russian Orthodox monasteries.

Today it is a working monastery that attracts the most devout believers – a revered and holy place – as well as the gravesite of some of Russia's most famous artistic figures. You can wander freely around most of the grounds, but you must buy tickets from the kiosk on your right after entering the main gates to enter the most important two graveyards.