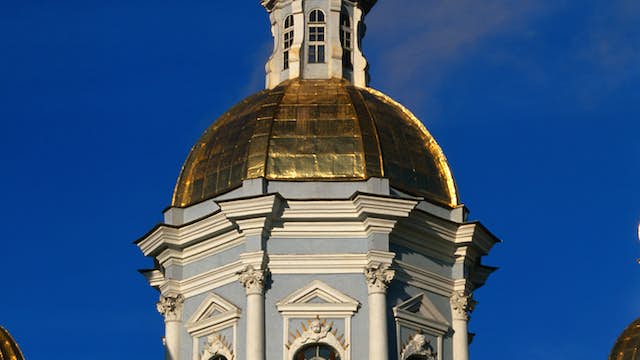 Surrounded on two sides by canals, this ice-blue cathedral is one of the most picture-perfect in the city, beloved by locals for its baroque spires and golden domes. It was one of the few churches that still operated during the Soviet era, when organised religion was effectively banned.

Nicknamed the Sailor’s Church (Nicholas is the patron saint of sailors), it contains many 18th-century icons set against rich green columns, and a fine carved wooden iconostasis, though visitors are limited to only a small area of the church’s interior.

A graceful bell tower overlooks the Griboyedov Canal, which is crossed by Staro-Nikolsky most. From this bridge, you can see seven other bridges, more than from any other spot in the city.