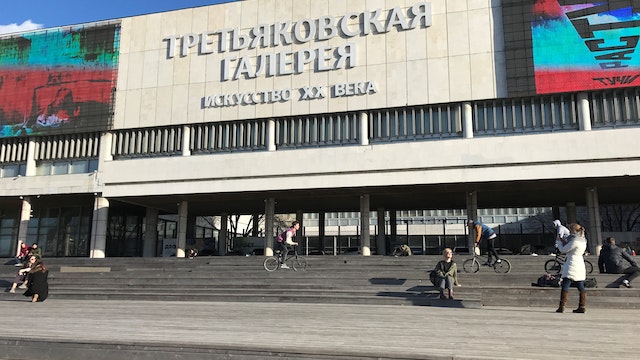 Moscow's premier venue for 20th-century Russian art, this branch of the Tretyakov Gallery has much more than the typical socialist-realist images of muscle-bound men wielding scythes and busty women milking cows (although there’s that, too). The exhibits showcase avant-garde artists such as Malevich, Kandinsky, Chagall, Goncharova and Popova, as well as nonconformist artists of the 1960s and 1970s who refused to accept the official style.

In the same building, Central House of Artists, also known as TsDKh, is a huge exhibit space used for contemporary-art shows. A number of galleries are also housed here on a permanent basis.