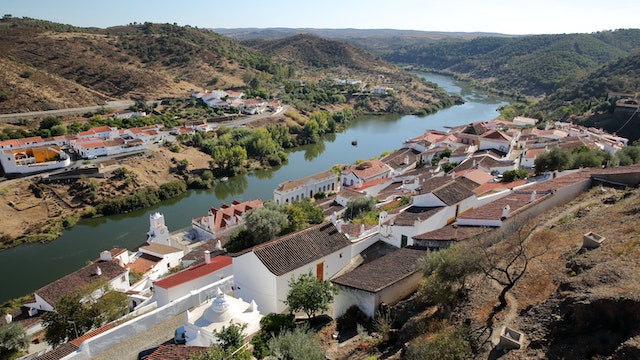 Created in 1995, this zone of hills, plains and deep valleys around Serpa and Mértola shelters the Rio Guadiana, one of Portugal’s largest and most important rivers. Among its rich flora and fauna are several rare or endangered species, including the black stork (sightings of the shy creatures are rare), lesser kestrel (most likely around Castro Verde and at Convento do São Francisco), Bonelli’s eagle, royal owl, grey kite, horned viper and Iberian toad. The park also has prehistoric remains.

Ask at the park headquarters, in smart premises by the câmara municipal (town hall), for details of walking trails and where to spot wildlife – they can advise you and provide you with a basic map.