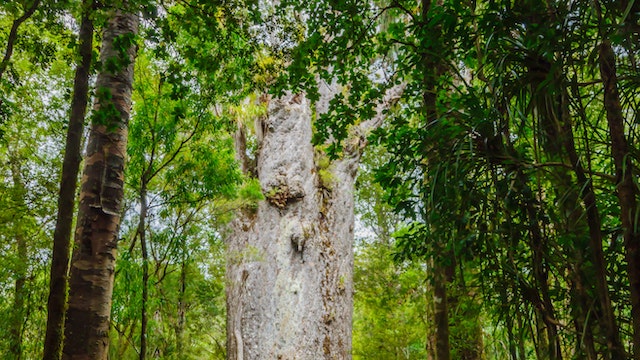 From the Kauri Walks car park, a 20-minute walk leads past the Four Sisters, a graceful stand of four tall trees fused together at the base, to Te Matua Ngahere (The Father of the Forest). At 30m, he has a significant presence. Reinforced by a substantial girth – he’s the fattest living kauri (16.4m) – the tree presides over a clearing surrounded by mature trees resembling mere matchsticks in comparison. It's estimated that he could be up to 3000 years old.

A 30-minute (one way) path leads from near the Four Sisters to Yakas, the seventh-largest kauri.