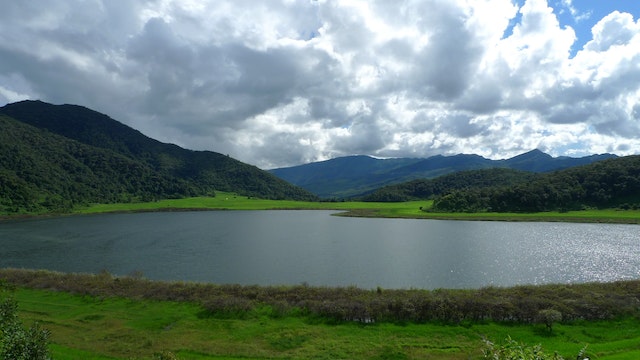 This small, heart-shaped lake has huge spiritual significance for the Mizo people, who inhabit both sides of the nearby Myanmar–India border. Rih Lake certainly has a magical, tranquil setting: the water shines a deep blue and the lake is surrounded by rice paddies and forested hills. Rih Lake is accessed from nearby Rihkhawdar, a 15-minute ride away on a motorcycle taxi (K5000 return).

Although the Mizo have largely been converted to Christianity, Rih Lake is part of their ancient animist traditions: it's the gateway to the Mizo version of heaven, known as Piairal, through which all the dead must pass to reach their eternal home. These days the concept of Piairal has been blended with the Christian idea of paradise, allowing Rih Lake's mystical status to continue. The lake's aura is enhanced by its remoteness, and it remains a key pilgrimage site for Mizo people in both Chin State and Mizoram State in India, as well as a favourite hangout for the people living nearby, who come to swim, drink and make merry at weekends. During the week the lake is much more peaceful and you'll have it mostly to yourself.