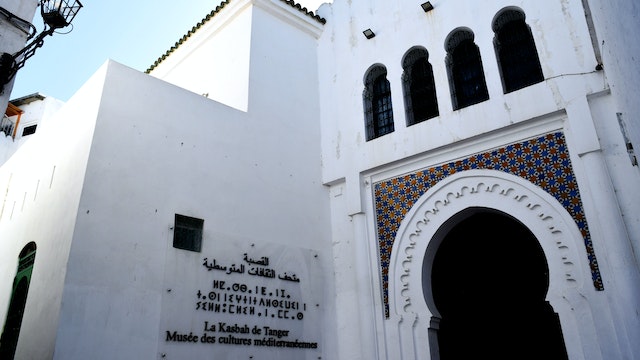 This recently refurbished museum is housed in the former sultan's palace of Dar El Makhzen. The focus is on the history of the area from prehistoric times to the 19th century. Exhibits are well-presented in French and Arabic only. Work your way anticlockwise around the first courtyard before heading inside to the rest of the displays, followed by a walk in the charming Andalusian garden.

Particular highlights are the mosaic of Venus from Volubilis and statuary, plus the giant replica maps. The first map tracks trade routes from the Phoenician trade in metals to the electronic goods of the 21st century; the second is a gorgeous map of the known world made in Tangier in 1154 (hint: it's upside down from the viewer's perspective). The museum is inside the medina – follow the perimeter all the way to the western end, to the highest part of the city, enter the Bab Kasbah gate and follow the road to the museum.

The museum is wheelchair accessible.