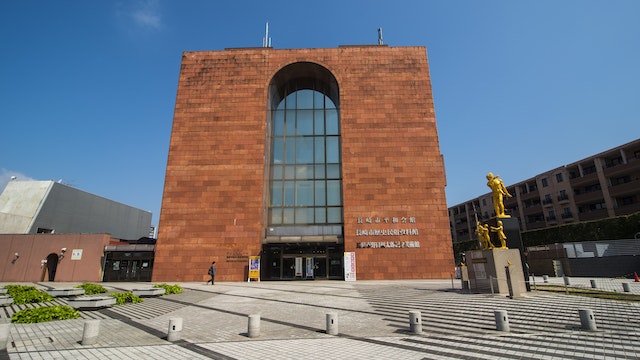 On 9 August 1945, the world's second nuclear weapon detonated over Nagasaki, and this sombre place recounts the city's destruction and loss of life through photos and artefacts, including mangled rocks, trees, furniture, pottery and clothing, a clock stopped at 11.02 (the time of the bombing), firsthand accounts from survivors, and stories of heroic relief efforts. Exhibits also include the post-bombing struggle for nuclear disarmament, and conclude with a chilling illustration of which nations bear nuclear arms.