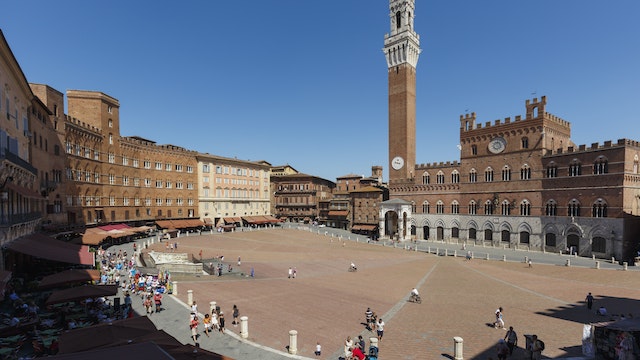 Popularly known as 'Il Campo', this sloping piazza has been Siena's social centre since being staked out by the ruling Consiglio dei Nove (Council of Nine) in the mid-12th century. Built on the site of a Roman marketplace, its paving is divided into nine sectors representing the members of the consiglio, and these days acts as a carpet on which young locals meet and relax. The cafes around its perimeter are the most popular coffee and aperitivo (predinner drinks) spots in town.

The Fonte Gaia is located in the upper part of the square.