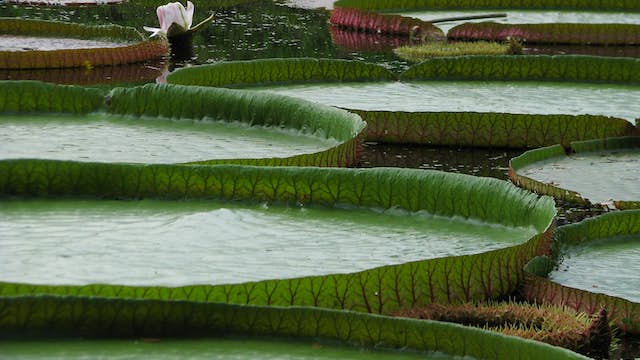 Despite being an awkward journey by public transport, Kolkata’s lovely 109-hectare Botanical Gardens makes for a great place to escape from the city’s frazzling sounds and smells. Founded in 1786, the gardens – home to more than 12,000 plant species – played an important role in cultivating tea bushes smuggled in from China by the British, long before the drink became a household commodity. Today, there’s a cactus house, palm collection, river-overlook and a boating lake with splendid Giant Water Lily pads.

The most touted attraction in the park is the 250-year-old ‘world’s largest banyan tree’. That’s a little misleading – the central trunk rotted away in the 1920s, leaving an array of cross-branches and linked aerial roots that collectively look more like a copse than a single tree. The banyan is a 300m walk from the park’s Bicentenary Gate on buses 55 and 213, or a 1.5km walk from the main gate where minibuses as well as bus 55 terminate after a painfully slow journey from Esplanade via Howrah. Taxis from Shakespeare Sarani charge around ₹200 via the elegant Vidyasagar Setu (you'll have to pay an additional ₹10 as bridge toll fee).