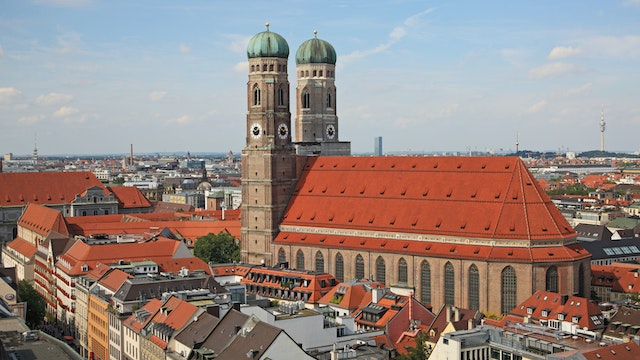 The landmark Frauenkirche, built between 1468 and 1488, is Munich's spiritual heart and the Mt Everest among its churches. No other building in the central city may stand taller than its onion-domed twin towers, which reach a skyscraping 99m. The south tower can be climbed, but has been under urgent renovation for several years.

The church sustained severe bomb damage in WWII; its reconstruction is a soaring passage of light but otherwise fairly spartan. Of note are the epic cenotaph (empty tomb) of Ludwig the Bavarian, just past the entrance, and the bronze plaques of Pope Benedict XVI and his predecessor John Paul II affixed to nearby pillars.