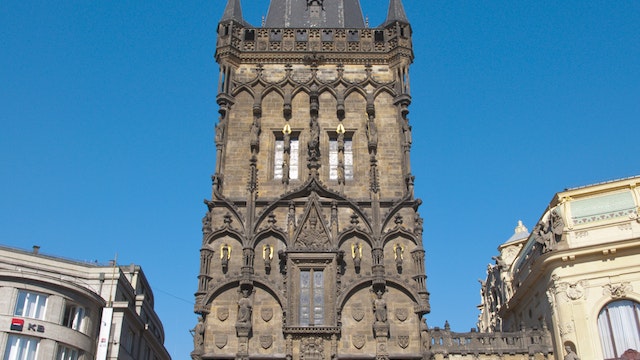 Construction of the 65m-tall Powder Gate began in 1475 on the site of one of Staré Město’s 13 original city gates. It remained unfinished until the great 19th-century neo-Gothicizer Jozef Mocker put the final touches to the building in 1886. The name comes from its use as a gunpowder magazine in the 18th century. The Gothic interior houses little more than a few information panels about the tower's construction – the main attraction is the view from the top.