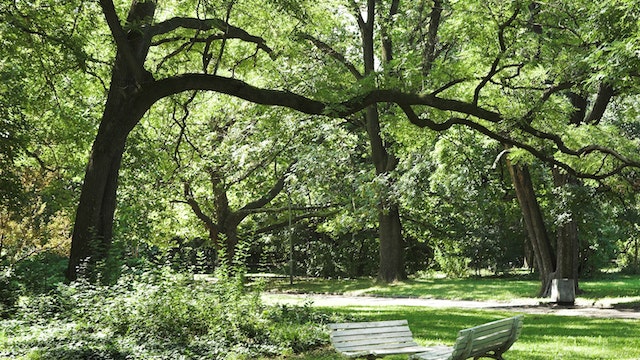 Lying southeast of the city centre, Sofia’s most attractive park is filled with countless statues and flowerbeds and is a relaxing place for a stroll. It's a vast place, and is home to the Vasil Levski Stadium and CSKA Stadium, as well as several cafes and children's play areas.

The eastern end of the park is dominated by a gigantic communist monument built in 1956; it's known as the Mound of Brotherhood, and features a 42m-high obelisk and socialist-realist icons including a pair of partisan fighters, dramatically gesturing comrades clutching Kalashnikovs, and smiling, stoic workers. It has long been neglected by the authorities, and several of the socialist heroes are now missing limbs and have gained coats of graffiti, but small groups of pensioners come on occasion to lay flowers in remembrance of the red old days.