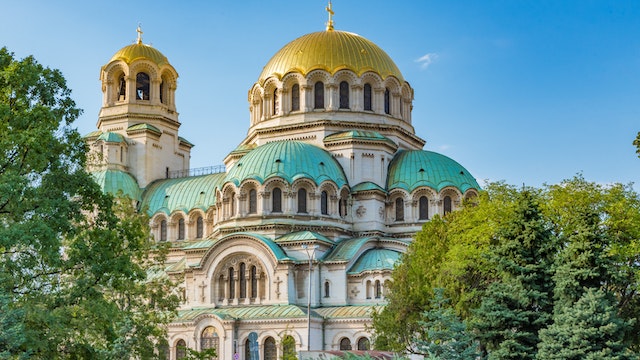 One of the symbols not just of Sofia but of Bulgaria itself, this massive, awe-inspiring church was built between 1882 and 1912 in memory of the 200,000 Russian soldiers who died fighting for Bulgaria’s independence during the Russo-Turkish War (1877–78). It is named in honour of a 13th-century Russian warrior-prince.

Designed by Russian architect Alexander Pomerantsev, the church was built in the neo-Byzantine style favoured in Russia at the time and is adorned with mosaics and gold-laden domes. The cavernous, incense-scented interior is decorated with naturalistic (though now rather faded) murals, pendulous chandeliers and elaborate onyx and alabaster thrones.

Visitors are welcome and there are daily services where you can hear evocative Orthodox chants and prayers.