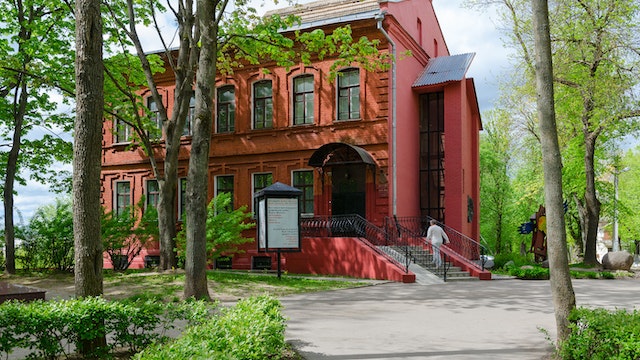 The first museum on every itinerary should be the excellent Chagall Art Center, which was established in 1992 and has about 300 of Chagall's graphic works, mostly bequeathed to the museum by the artist's granddaughters and a German donor, Heinrich Mandel. Less than one-quarter of the collection is on display at any given time.

The highlights are several collections of lithographs, including illustrations of Bible stories (1956–60) drawn to accompany Gogol's Dead Souls (1923–25), and graphic representations of the 12 tribes of Israel (1960). Sadly, there aren't more Chagall paintings in Belarus because his work was banned by the Soviet government: it even rejected a priceless cache of paintings bequeathed to it by the artist himself.

Downstairs is a space for temporary exhibitions.