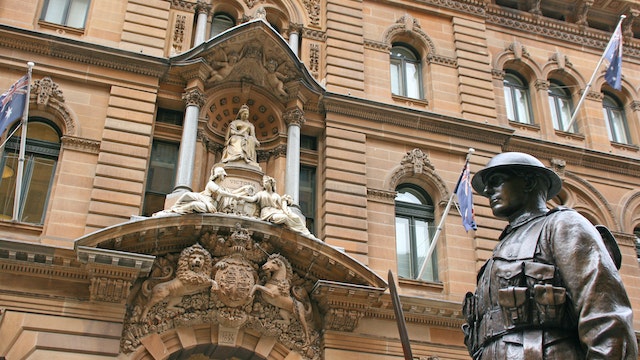 Studded with imposing edifices, long lean Martin Place was closed to traffic in 1971, forming a terraced pedestrian mall complete with fountains and areas for public gatherings. It's the closest thing to a main civic square that Sydney has.

Near the George St end of Martin Place you’ll find the Cenotaph, commemorating Australia’s war dead. Abutting Martin Place on George St is the former Commercial Banking Corporation of Sydney – an impressive marbled edifice, worth a look if you’re passing by. At the Macquarie Street end is the Reserve Bank of Australia, and other major bank headquarters line the street as well.

In 2014 the Lindt cafe at 53 Martin Pl was the site of a 16-hour siege, ending in the death of two hostages and the gunman.