Say the word ‘desert’ and chances are that rolling sand dunes and expansive horizontal space spring to mind. In Oman, however, the desert landscape includes a vertical dimension in the form of soaring limestone cliffs incised with canyons. Drive or hike along one of these narrow, arid defiles, and you enter a troglodyte world of ancient cave-dwellings, prehistoric petroglyphs and old villages so long a part of the canyon they appear to be exuding from the rockface.

Referred to locally as ‘wadis’, the canyons are part of the life-force of Oman’s Hajar Mountains. Flowing with water in winter and a haven for wildlife in summer, wadis form the oases of this vertical desert, ribboned with wildflowers, croaking with toads and wheezing in mid-summer with love-sick cicadas. A trip to one of these wadis for a hike, an off-road drive or a picnic is a highlight of a visit to Oman and is likely to leave travellers recalibrating their definition of desert.

Which wadi for what?

There are dozens of accessible wadis in Oman, but some of the most spectacular thread through the Hajar Mountains, the mountain range that surrounds Muscat. In the western portion of this range, and just an hour’s drive from Muscat, three beautiful wadis (Wadi Mistal, Wadi Bani Kharus and Wadi Bani Awf) drop from the Jebel Akhdar massif, Oman’s highest point, to the flat plain below.

For a longer circuit with overnight camping in the dunes of the Sharqiya Sands, Wadi Shab, Wadi Tiwi and Wadi Bani Khalid – three of the most famous wadis in Oman – invite exploration in the eastern portion of the Hajar range.

Each wadi has its own distinct character, but they are all home to communities of hardy villagers who, in time-honoured fashion, work the fertile soil along the wadi banks or tend their date plantations in the unforgiving terraces, high above the wadi floor. While it is possible to hike, drive or enjoy the spectacular landscape in any of the six wadis, each lends itself to a slightly different approach.

A tarmacked road leads from Highway 13 into Wadi Mistal, the first major wadi after the town of Nakhal. The route passes through the narrow neck of the wadi, with stands of mature Christ-thorn trees shading the track and wild figs protruding impossibly from the rocky cliffs. The road slithers into the enormous Al Ghubra Bowl, dotted with funnel-shaped acacias and toothed on all sides by jagged peaks.

It doesn’t look very probable from the rocky pit of this plateau that anything could survive among the upper reaches of the barren vista, but the rim of Wadi Mistal is home to the thriving traditional village of Wakan. It also happens to be the trailhead of one of the best walks in the Hajar Mountains. The unpaved track from the wadi bottom to Wakan weaves through a hillside of wild lavender and thistles and ends in a tiny car park intended for visitors. From here, official hiking Path 24 and 25 meanders through the village’s small market gardens, along orchard paths and out to the wild juniper and olive shrubberies beyond.

Rising from an altitude of 1250m, the hiking isn’t easy and the path not always obvious, but the route is worth the effort for the spectacular views across the Al Ghubra Bowl far below and the sense of walking on the roof of the world. With a guide and a very early start, it is possible to hike from here to Al Manakhir on the Saiq Plateau of Jebel Akhdar, where some of the best accommodation in Oman is available.

Easily accessed on a tarmac road from the fort-town of Al Awabi, off Highway 13, Wadi Bani Kharus is often-overlooked among casual visitors to the Hajar Mountains despite having a secret claim to fame: it hides a much prized 'classic unconformity'. For the uninitiated, geologists describe this feature as a hiatus in the striations of rock – in this case a hiatus of 300 million years.  It may not look much to the untrained eye (lying around 30km into the wadi and needing GPS coordinates to spot it accurately), but features like this help to support theories about the movement of tectonic plates.

Even if unconformities are not of interest, chances are that the wadi’s other geographic features will be. There are petroglyphs on the wadi walls near the entrance. There’s even a wall of malodorous rocks and a rockface of glacial tillite (water-weathered sediment) that proves Oman wasn’t always a desert.

For those with a 4WD vehicle, there is an exciting off-road route that connects Wadi Bani Kharus with parallel Wadi Bani Awf, via the small village of Al Bir. The route winds up the powdery mountainsides, passing banks of sedimentary rock to a small cairn (the remnants of a wolf trap), marking the top of the pass. From here, it feels as if nothing more than the power of positive thinking could lead the weary driver over the mountain tops to Muscat. The reality is a very long return along steep tracks: it’s a route best attempted, therefore, early in the day.

Midmorning in the mountains of Oman offers one of the desert’s most dazzling spectacles: it is at this moment of the day that the sun, hitherto hidden behind the limestone rockface, suddenly rises above the rocky parapet of cliffs and plunges into the wadis below. Suddenly the subterranean gloom is dispelled as the sun dances in the date palms and eventually slithers down to the feathery grasses of the wadi floor. Butterflies emerge, slow-winged, and wild oleander seems to catch alight in the beneficent sunlight. The entire show lasts only a matter of minutes before the heat intensifies, sending all living things back into the coolness of the shade, but that moment of magic is not easily forgotten.

Wadi Bani Awf is one of the easiest wadis in which to experience this drama of sunlight and shade. An important thoroughfare for centuries, the wadi is accessed by a good tarmac road off Highway 13 – at least at present. The cliffs of this wadi are particularly close together, with the result that rains are channelled through the narrow gorge with great ferocity, much to the chagrin of local engineers. Almost all year round the ancient aflaj (irrigation channels) in this wadi brim over with water, spilling into the patches of greenery below and supporting the date and citrus plantations upon which the wadi communities depend.

Around 12km into the wadi, the route widens into a bowl, marked by some magnificent specimens of Christ-thorn tree. These make an obvious picnic spot and a chance to relax before attempting one of two exciting off-road routes ahead. A left spur leads for 49km along a narrow, precipitous track (one of the most spectacular mountain routes in Oman) to Al Hamra (around two hours) or a right turn leads to a rock arch and Wadi Sarten – an alternative, two-hour off-road route to Rustaq.

Tucked into the Eastern Hajar Mountains, Wadi Shab, Wadi Tiwi and Wadi Bani Khalid lie at the bottom of an arid limestone massif, crested by a flat plateau. The mountains here are riddled with caves and are home to the famous Majlis Al Jinn, one of the largest caverns in the world. Rainwater seeps through these cave systems and eventually reappears as spring water that feeds into the wadis below. When the rest of Oman is suffering under intolerable heat, when all sign of plant life is seared off the desert landscape, the three main wadis of the Eastern Hajars defy the drought, providing miraculous oases of running water.

Wadi Shab has long been renowned as the most beautiful of the three wadis. With translucent pools of turquoise water, scouted by similar-hued kingfishers and guarded by intensely focused herons, the wadi is alive with fish, bugs and birds. The wadi can only be accessed on foot, and a path (an unattractive concrete affair) leads into the heart of the wadi, where you can dive into a subterranean cavern at the top of the trail. Lovely though these upper reaches are, it’s the manner of the approach that gives Wadi Shab its celebrity status, as the only way to reach the path is by boat across a deep, brackish lagoon. Local lads line up at the wadi entrance to ferry visitors over for 'riyalain' (two riyals) and wait for hikers to return. It takes only a few minutes to reach the far shore, but the image midway of vertical cliffs reflected in the water is likely to last a lifetime.

Neighbouring Wadi Tiwi is less dramatic than Wadi Shab, but it is accessible by car and lends itself to a picnic. Initially marred by the Muscat-Sur highway, which is elevated on giant pylons that cut across the wadi entrance, the valley soon leads into a tranquil oasis of tall grasses and wild oleander. A string of nine villages ramble up the wadi walls while water tumbles in a sequence of pretty waterfalls through date plantations and fields of corn and alfalfa. The occasional scarecrow, dressed in a dishdasha (a full-length robe), keeps the flocks of miner birds at bay, but nothing deters the rogue goats who dance on two legs and climb trees. For the hardy hiker, there’s a trail that leads from Wadi Tiwi to Wadi Bani Khalid – a tough two-day enterprise with a guide.

The easiest wadi to access is also the farthest from Muscat but despite this, many visitors brave an early morning and a late return to visit Wadi Bani Khalid as a day trip. Strings of cars line the narrow entrance at weekends and during holidays as the wadi, with its permanent pools of water, is a popular place to swim. For those in less of a hurry to get wet, the most satisfying part of a visit is the drive: magnificent streaks of sedimentary rock, in burnt umber, sienna and olive green, colour the approach, and there are several points at which to view the entire wadi with its expansive plantations. In the afternoon, the call to prayer hovers just above the palm tops as the rest of the wadi falls silent in the rising heat of the day. 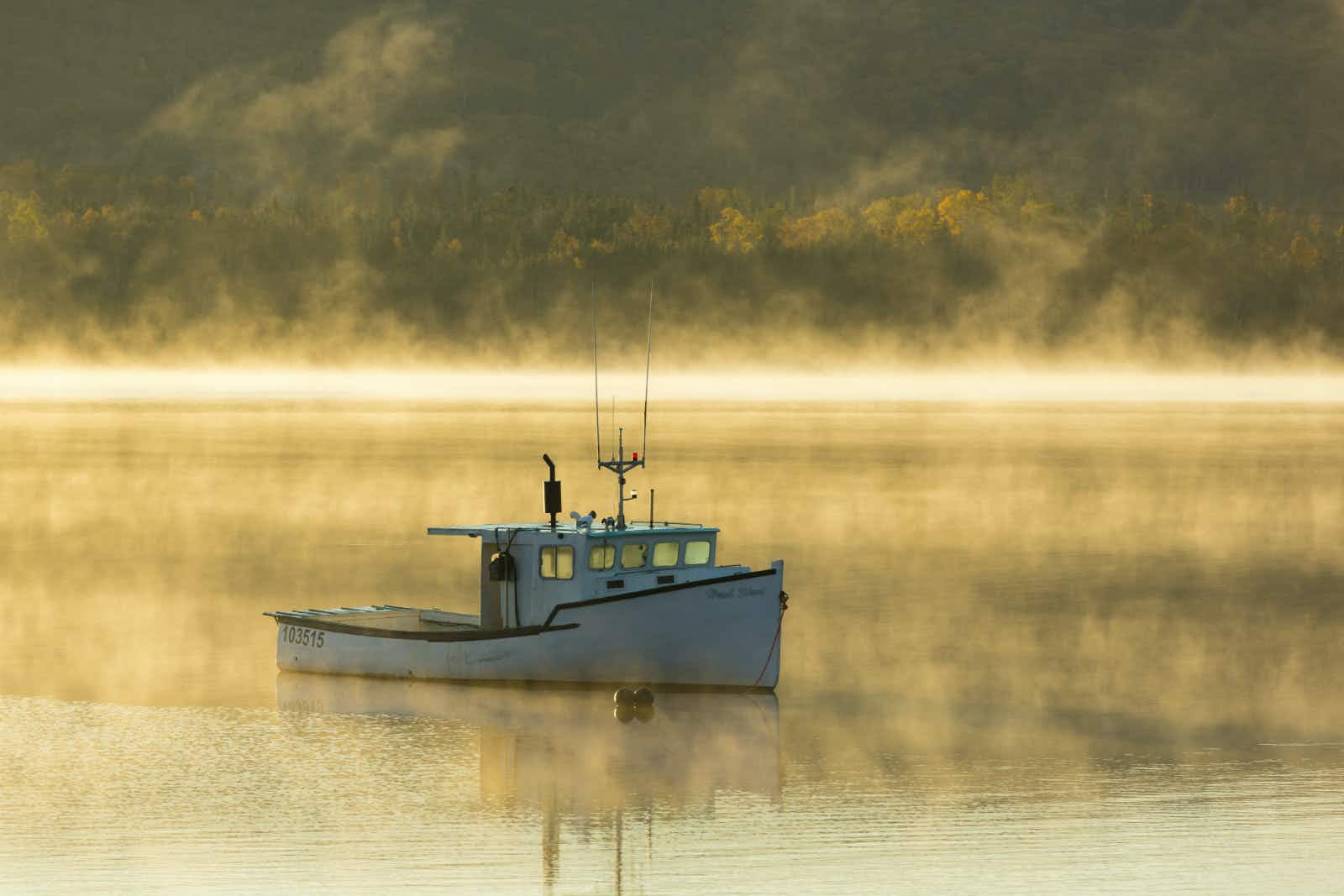 Farther Christmas: places that sound perfect for a festive escape… 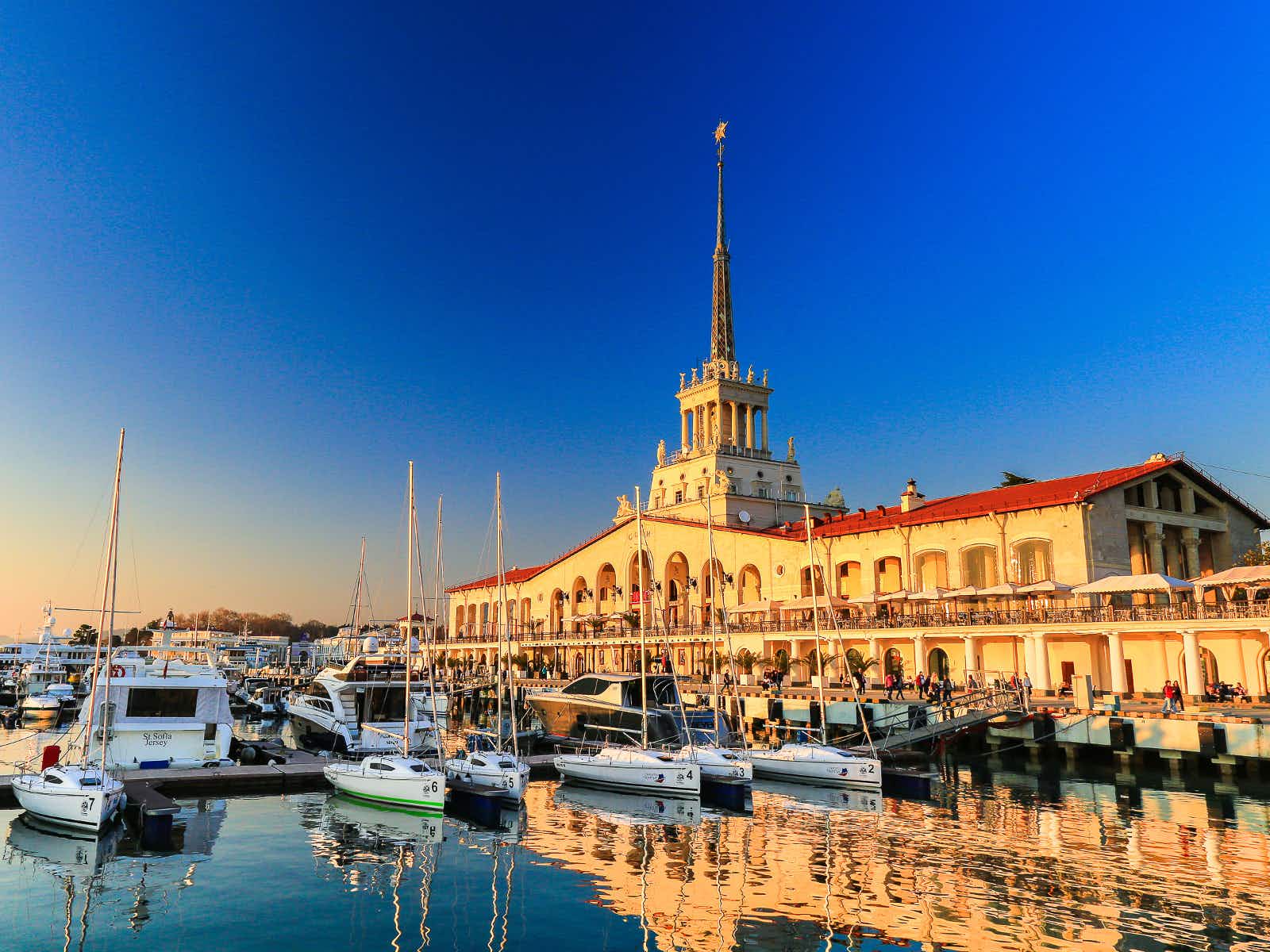