Ethiopia is a land of legends and mystery – the Queen of Sheba and the Ark of the Covenant to name but two. The landscape is also mesmerising. In the far north are the Simien Mountains – a mystical world of primeval forests, misty peaks, bizarre plants and exotic creatures. Trekking these stunning highlands is like stepping into an otherworldly paradise.

Jagged ridge after jagged ridge, with many a path between © LuCaAr / Getty Images

Violent volcanic eruptions 40 million years ago created the Simien Mountains massif, which rises to over 4500m in northern Ethiopia. Over millennia, erosive forces have sculpted its jagged pinnacles, deep ravines and volcanic plugs. Treks of between five and ten days along high-altitude escarpments, across alpine meadows and through the fertile lowlands are the best way to fully appreciate the amazing diversity of the Simiens, much of what today is protected as part of Simien Mountains National Park.

Steep ascents lead to lush plateaus populated with giant lobelias – freaky fleshy-leaved plants growing to 3m in height, evoking images of dinosaurs and ancient days. Escarpment vistas are filled with sheer cliffs, plunging waterfalls, and rocky turrets spiking out from the forested valleys below. Ribbons of mist drift over the ground. Vultures and ravens cruise the skies. It is a strangely beautiful yet primal world.

Dropping off the escarpment, the landscape undergoes a dramatic transformation as it descends some 2000m into the lowlands – lowlands being a misnomer given these valleys are still over 2000m in altitude. Vibrantly coloured red hot poker plants cover the mountain slopes, and desert-style cactus trees and groves of aloe vera line the trail. Cultivated fields of yellow canola flowers and feathery green tef are peppered with tropical-style giant ficus and palm trees.

Living in the highlands of Ethiopia is a rare and exotic cache of wildlife – the gelada (aka 'bleeding heart baboon'), the elusive Ethiopian wolf, the majestic Walia ibex and the giant Lammergeir (a bearded vulture with a 3m wingspan). There’s a good chance of spotting all of these creatures, and more, on a trek through the Simien Mountains.

With their expressive faces, playful antics and magnificent silver manes, the geladas are simply delightful. Once almost hunted to extinction, these monkeys (babaoons is a historical misnomer) are now a protected species. The gelada is found only in the Simiens. They live in groups of one hundred or more, and favour the escarpment where they clamber over and under the cliff edge like agile acrobats. Unlike most primates that advertise sexual receptivity with swollen red buttocks, the gelada has a scarlet patch of skin on its chest, which led to its ‘bleeding heart' moniker. It is easy to approach within a few metres of these wild animals, especially those found around Sankabar (3600m) and Chenek (3620m).

The Ethiopian wolf, or Simien fox, is extremely rare. In fact it is the planet’s rarest canid, with an estimated population of less than 50 in the Simien Mountains, and no more than 400 in the entire country (the majority reside in Bale Mountains National Park in southern Ethiopia). The main threat to the wolf’s survival stems from habitat destruction due to agricultural expansion into the afro-alpine zone. Habitat depletion has also impacted the endangered Walia ibex, another species endemic to this region. Looking like a large deer with impressively long, ridged horns, it is actually a member of the goat family. Liking steep, rocky places, they might be found at Chenek grazing the vertical cliffs below the escarpment.

The roof of Africa

Due to its scope and size, the mighty mountain massif of the Simien Mountains is poetically called the ‘roof of Africa’. Ras Dashen, at 4543m, is Ethiopia’s highest peak and its crowning glory.

Trekking to the summit is challenging but not technical. Summit attempts generally launch from the local village of Ambiko (3170m) on the Meshehe River. And in true summit day fashion, hiking starts well before dawn. The first few hours are cold and dark and wrapped in silence. Headlamps highlight a trail leading steadily upwards for 10km through farmland, giant lobelia forests and alpine meadows. Finally, after six hours of continuous climbing, a short scramble up a rocky wall leads to the summit. The view is outstanding – a rich panorama of peaks and gullies, farmlands and forests stretching into the distant haze of Eritrea. Standing on top of Ethiopia’s highest peak is...well, like standing on the roof of Africa.

The driest time of year for hiking is from December to March but at the end of the rainy season, in October, the land is a riot of green. Wildflowers bloom in August and last well into October.

Organised trekking tours take care of the hassles – equipment, permits and supplies – but independent trekking is not too difficult to arrange. Everything can be organised at the Simien Mountains National Park headquarters in Debark: paying entrance fees, arranging drop-offs and pick-ups at trail access points, hiring camping equipment, guides, scouts, cooks and mules.

Park regulations require scouts (armed park rangers) to accompany trekkers even though the greatest danger is altitude sickness. The scouts are fit and wiry, often war veterans from past battles. With AK-47s slung across their shoulders, they saunter up steep hillsides in their ill-fitting plastic sandals, and willingly brandish their rifles for happy snaps. 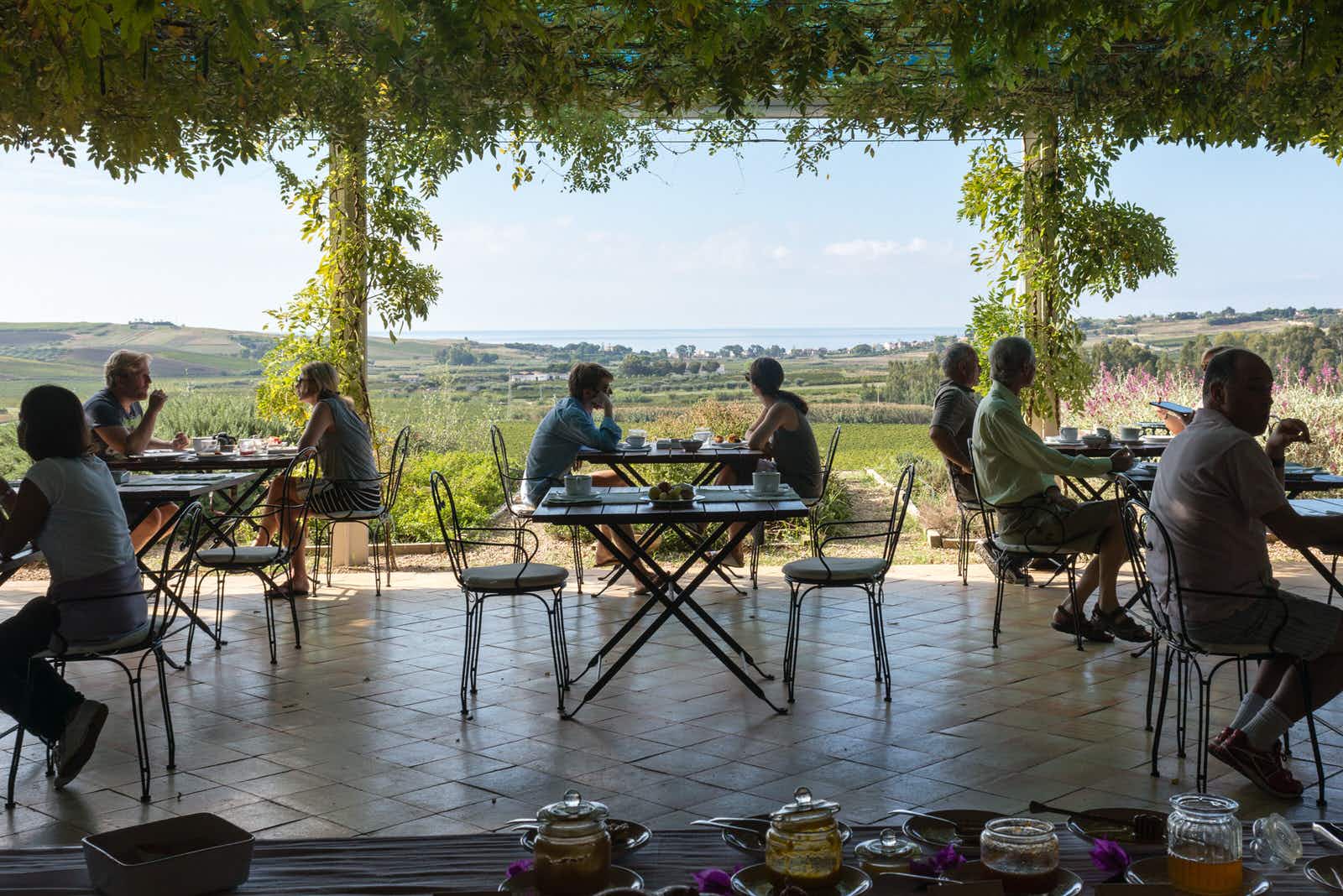 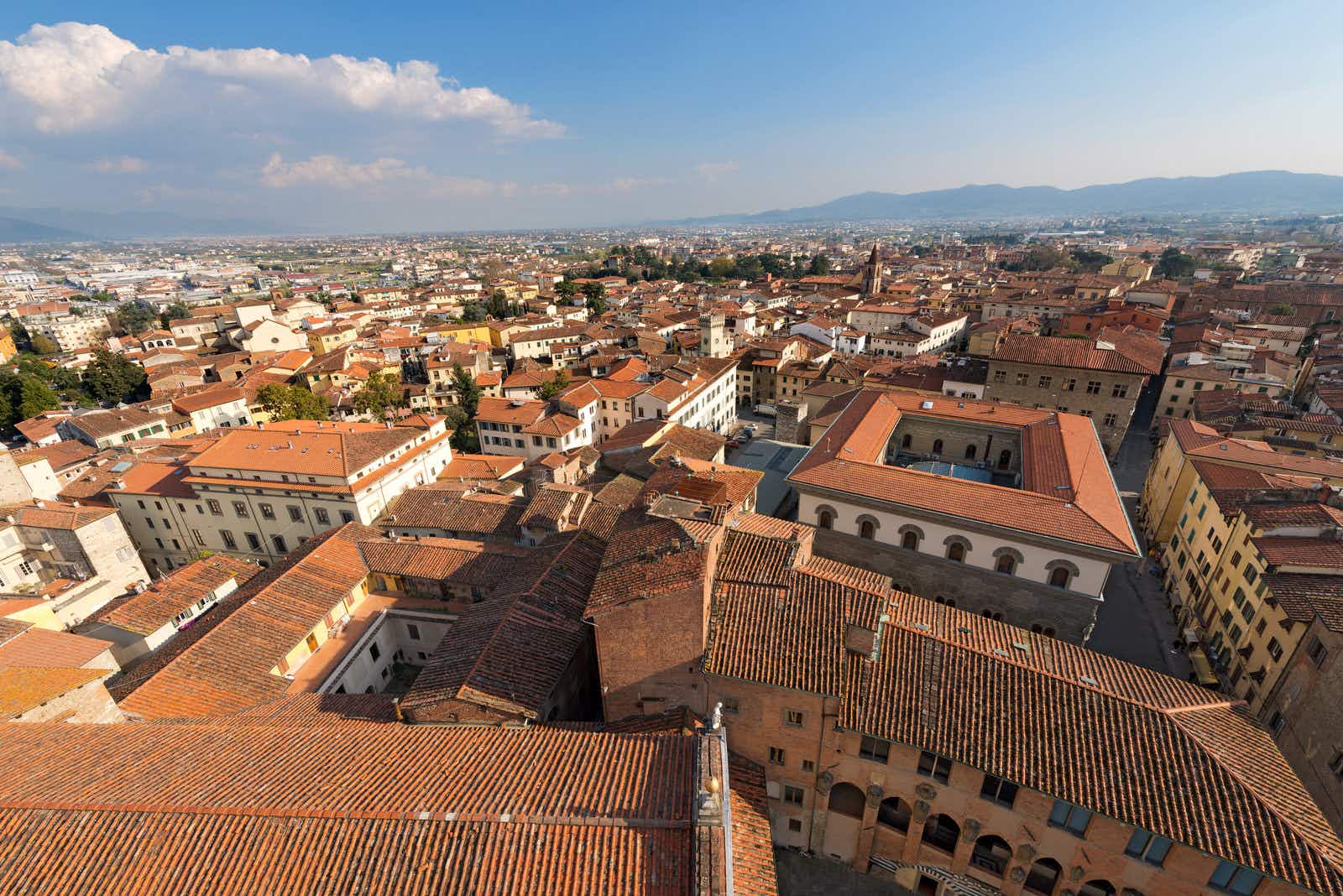 Seven reasons to visit Pistoia, a 'little Florence' without the…