The secrets of Western Manitoba

In a land where wildflowers blossom underfoot, moose wander nonchalantly across your path, grain elevators stand guard like soldiers of the past, and shimmering lakes beg to be paddled across, Manitoba’s wide-open west is a destination for those in the know. Situated within the heart of the country, Manitoba rests quietly with its secret right out in the open – a Neverland of nature and a living, compelling history. It’s this summer’s place to be.

A forested oasis rising up from a province known mostly for its flatness, these gentle valleys, rolling hills and winding trails lead through lush boreal woods and stands of aspen. Bears lumber, moose munch, owls swoop and beavers fill the sparkling lakes. All that’s missing is a voice-over by Morgan Freeman. To fully explore this seemingly unreal setting, grab your hiking boots and hit the trails such as Gorge Creek Trail or Bald Hill Trail for great views, rent a kayak or a paddleboard at Clear Lake Marina (www.theclearlakemarina.ca), or rental bikes are available in the park, too. If picturesque, lakeside Wasagaming is too comfortable, pitch a tent in your choice of over 600 campsites and some unique camping structures such as oTENTiks, Micro-Cubes, and yurts. Get out there and explore 3000 sq km of untamed wilderness.

They stand like sentinels in a huge field of golden wheat that eventually melts into the sunshine. When the wind blows, the wheat sways like waves on the ocean with these giants adrift in the centre. The railway arrived in tiny Inglis in 1922 and local producers immediately got to work building this row of wooden, slope-shouldered grain elevators. By the 1930s, more than 5700 were built rail-side across the prairies, the new bread-basket of the world. A flagship of prairie architecture, Inglis’ is now the longest row of original elevators left, the rest replaced by generic concrete and steel versions. Climb inside these restored, creaky beasts for captivating exhibits at Inglis Grain Elevators National Historic Site (www.ingliselevators.com). Gaze out the window and inhale the history.

Named Manitoba’s most beautiful town on countless occasions, thanks to its self-proclaimed title as the lily capital of the world, tiny Neepawa (www.neepawa.ca) is home to fewer than 5000 lucky residents. Named ‘Land of Plenty’ in the Cree language, you’ll find hiking trails, Farmery Estate Brewery, a bird sanctuary, a golf course and (not surprisingly) a hockey team. But most visit for the atmospheric, tree-lined downtown with its striking, historic architecture. Take in a film at the 1906 Roxy Theatre, wander through the home of Margaret Lawrence, one of Canada’s most celebrated authors, or marvel at the design of the 1890’s Romanesque Knox Church. If you can’t tear yourself away, grab a room in one of the local heritage B&B’s.

Step inside the wooden palisade and into the world of an 18th century fur trade post. Wander through a pioneer log house, once home to a family of 16, or take in a class in the one-room school house. Check out the blacksmith’s shop and trading post and polish off your visit with some homemade bread and honey. Fort Dauphin Museum (fortdauphinmuseum.wordpress.com), located in the City of Dauphin next to Riding Mountain National Park, is small but packs in over 80,000 artefacts. Watch for the more unusual objects like the dugout canoes abandoned nearby by German prisoners of war.

Between the 1890s and 1914, over 150,000 Ukrainian homesteaders arrived in Canada, settling mainly across the prairies with large populations in Western Manitoba. The influence is seen in architecture, dance, festivals and – notably – cuisine. Stop at roadside diners and you’re likely to find holobtsi (cabbage rolls) filled with rice and bacon or minced beef; well-packed pyrophy (perogies) with a heaping of sour cream, and kovbasa (garlic sausage) with bite on the menu. Often fried or boiled, and then baked or stewed, Ukrainian dishes have distinctive, flavour-packed appeal that will leave you filled to the gills. For the full array, stop in at the family-run Ukrainian Cuisine (ukrainiancuisine.biz) in Brandon. For stunning Ukrainian architecture in the form of silver onion domed churches, visit Sandy Lake (www.sandylakemanitoba.com). Oh, and you’ll find perogies there too.

You weren’t likely expecting a desert, but a hike through this diverse park, through grasslands and forest, eventually lands you in sand dunes, complete with reptiles and cacti. The fortunate may even spot a western plains hognose snake or a northern prairie skink. Considered sacred by local First Nations, the dunes eventually slip down 45 metres to the eerie blue-green pond of Devil’s Punch Bowl. The picturesque trails here are not overly-demanding but hikers should be prepared for the noon-day sun and poison ivy.

Imagine the footfall of hundreds of bison, stampeding down the valley into a flood plain where hunters awaited them with spears and arrows. For 1200 years, local First Nations used this area for sustainable hunting, using the bison in their entirety – from meat to marrow. The reconstructed brush enclosure at Stott Site makes it possible to visualise what must have been a tremendous endeavour. Located in Grand Valley Provincial Park (www.travelmanitoba.com), it’s not far from Brandon. If it’s bison themselves that you’re hoping to see, check out the enclosure at Lake Audy in Riding Mountain National Park.

When Squire Sowden first built his precarious swinging bridge over the Souris River in 1904, he was hoping to increase accessibility and property value for his land on the far bank. Little did he know that he would be putting this farming community on the map for good and drawing over 5000 visitors each year. Canada’s longest, single-span suspension bridge measures 584 feet and, while rebuilt and stabilized in 2013, it’s still not for the faint-of-heart. The new handrails help. The wobbling does not.

8 min read • Published about 7 hours ago

Ask LP: which day should I travel to avoid Thanksgiving crowds?

2 min read • Published about 11 hours ago 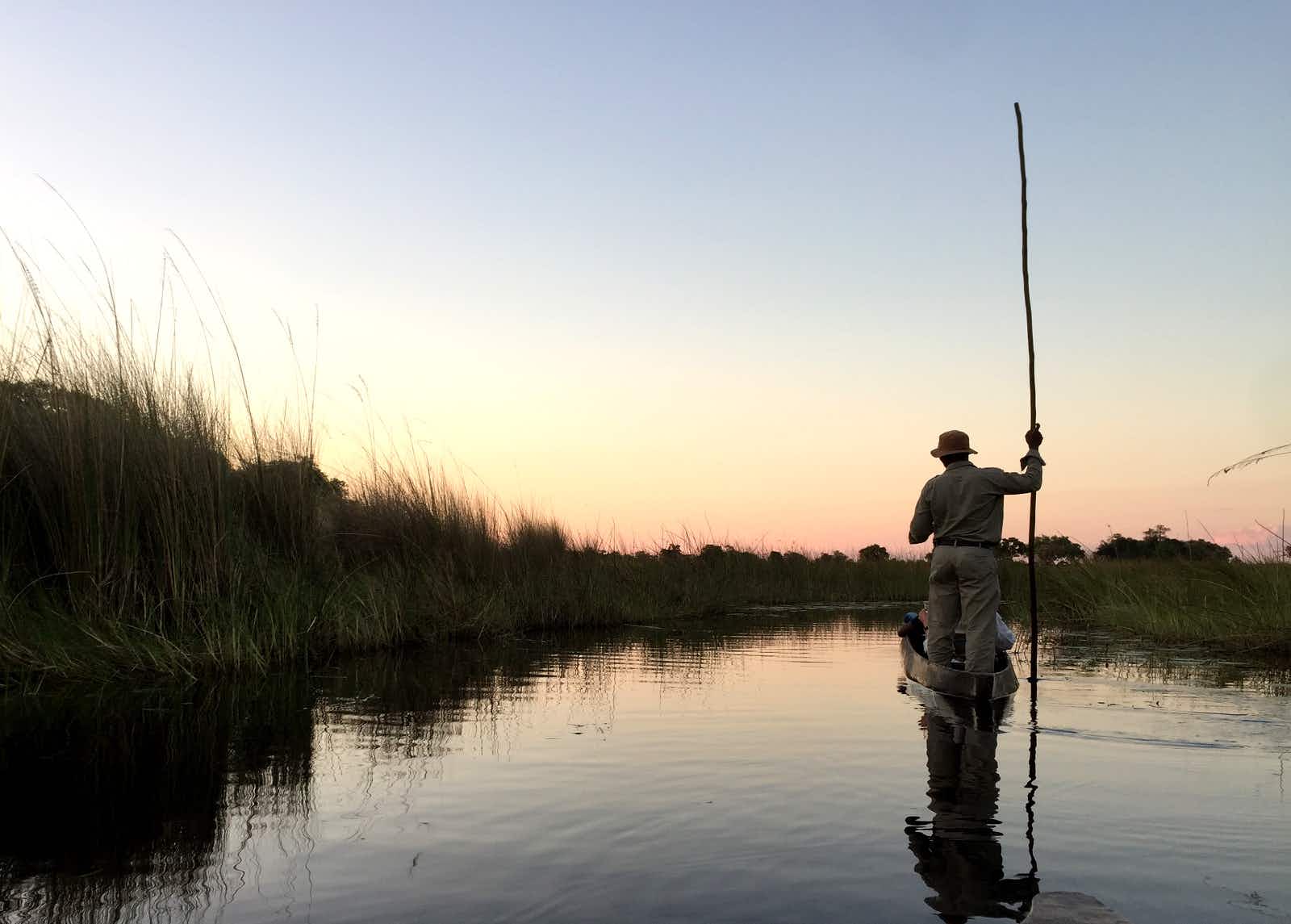 Mokoro and more: a safari like no other in the…