As you drift across the mirror-still surface of a shallow bay in Kosterhavet, Sweden’s first national marine park, the reason why Bohuslän beguiles visitors becomes as clear as the water barely stirring beneath the kayak. In a country lauded for its stewardship of the environment (Sweden ranks first and third in the world respectively in the most recently published Global Green Economy Index and Environmental Performance Index), the west coast is a showcase of sensitive development.

Stretching north from Gothenburg to the Norwegian border, the region features pine forests framing fjord-like lakes, charming coastal towns and, of course, a vast archipelago of 8000 islands, islets and skerries, whose distinctive Bohus granite glows orangey-pink in the rising and setting sun.

In summer, that sun shines for 18 hours a day at this latitude, giving you plenty of time to explore what Bohuslän has to offer; better still, the E6 motorway, which runs parallel to the coast for about 100 miles, forms the backbone of a readymade route for independent travellers. The only decision that remains is what to see along the way.

Here are a few suggestions to get you started.

Calculate the total value of the yachts gliding to and fro in Marstrand’s gästhamn (guest harbour) and you’d probably end up with a figure that dwarfs some countries’ GDP.

This small island, which lies about 30 miles north of Gothenburg, has been a compulsory stop for the Swedish elite ever since King Oscar II built a summer house here in the late 19th century; these days, Marstrand is a chic backdrop for world-class sailing events and welcomes up to 10,000 people a week in high season.

The king’s old residence – the regal Grand Hotel Marstrand, which has some satisfyingly old-school rooms and a swish restaurant – is one of the town’s two big historical sights; the other looms above it in the form of Carlstens Fästning, a hulking fortress built in the 17th century after Denmark-Norway ceded Marstrand to Sweden as part of a peace treaty.

Don’t confine yourself to the history-steeped town, though – the rest of Marstrand is beautiful and begs for exploration. It’s also accessible thanks to well-marked trails, which range from easy to challenging. If you strike out west, scan the horizon for the red iron tower of the Pater Noster Lighthouse, now a small hotel for those who really, really want to get away from it all.

Marstrand is car-free, so you’ll need to park on the neighbouring island of Koön then hop on the ferry, which takes a couple of minutes.

Like Marstrand, Skärhamn – the main town on Tjörn – is pretty enough to warrant a visit in its own right, but there’s another reason to go aside from the boats, boutiques and restrained Bohuslän-style bling: Skärhamn has become a hotspot for art lovers thanks to the Nordiska Akvarellmuseet, an award-winning museum designed by Danish architects Niels Bruun and Henrik Corfitsen.

Opened in 2000, this rectangular structure sheathed in red weatherboard panels (an echo of the region’s ubiquitous fishermen’s huts) frequently exhibits world-class work from big names such as Salvador Dali and Louise Bourgeois, as well as prominent Swedish artists. In other words, it’s a place that would befit a sophisticated city centre, yet somehow fits perfectly in this obscure location.

Save time to explore the surrounding lake, a family-pleasing affair with a lovely crescent of beach, a jetty and a diving tower; you might even want to stay overnight here by renting one of the museum’s five guest studios, intriguing grey modernist cubes that jut out over the water.

A year before the museum appeared, Tjörn’s tourism received a boost from another source with the opening of Salt & Sill, a floating restaurant. This acclaimed eatery, a few miles south at Klädesholmen, has been racking up plaudits ever since for its innovative seafood food. It specialises in that cornerstone of the Swedish diet, herring.

The signature dish is – you guessed it – a ‘plank’ of herring, which features six variations on this acquired but authentic taste of the west coast. You can sleep on it, too – in 2008, Salt & Sill’s owners added Sweden’s first floating hotel to the site; as is often the way here, the 23 rooms are simple but stylish, and the sun deck on the roof has cracking views over the archipelago.

Although Smögen is still a working fishing town, where boats unload their catch for auction every weekday (you can buy it at the source, too), the warehouses that once lined the town’s ridiculously picturesque pier, or Smögenbryggan, have long since given way to a tourism-driven economy.

A small museum housed in a warehouse halfway down the pier gives an insight into the town’s humble past. These days, however, Smögen pulsates through the summer with a stream of pleasure-seekers, who arrive by sea and land to shop, people-watch from harbourside cafes and, of course, dine on the superlative seafood (try Göstas, next door to the fish auction).

The island is an excellent base from which to explore the surrounding seas on a tour, which run the gamut from lobster-catching to seal safaris. In summer, you can also catch a boat to Hållö, a nature reserve for bathing and birdwatching that is also home to the oldest lighthouse in Bohuslän, as well as a far-flung hostel.

Fourth stop: Fjällbacka – follow in the footsteps of a silver-screen siren

A bronze bust of Swedish actress Ingrid Bergman stands in the little square that bears her name in Fjällbacka, another postcard-perfect town wrapped around the cliffs at the foot of the Vetteberget, a 74-metre-high granite monolith in the municipality of Tanum.

From the late 1950s to her death in 1982, Bergman spent nearly every summer on the nearby island of Dannholmen, making runs to Fjällbacka for fika (an untranslatable word that embraces the idea of meeting for coffee, cake and a chat). Visitors to Fjällbacka will find plenty of fika-worthy stops on the waterfront, too (the Stora Hotellet Bryggan, in particular, has an unbeatable position).

Once you’ve snacked, burn it off with a hike through the Kungsklyftan ravine, which leads to a wooden stairway that winds up to the wind-scoured summit of the Vetteberget. From there, you have wraparound views of the outer isles splintering into the Skagerrak Strait.

Improbably for a place of this size, Bergman isn’t Fjällbacka’s only showbiz connection: Sweden’s ‘queen of crime’ – aka author Camilla Läckberg – is a hometown girl and set a series of detective novels here. Catch a murder mystery tour if you want to explore the town’s fictional underbelly.

Fifth stop: Kosteröarna – escape the modern world on a pristine pair of islands

As is probably obvious by now, Bohuslän has a surfeit of natural beauty – but you need to get within a few miles of the Norwegian border to visit what might just be the jewel in the region’s crown: Kosteröarna, also known as North and South Koster, the most westerly inhabited islands in Sweden. Car-free but accessible year round by ferry from Strömstad, these sublime islands offer the sort of serenity some people spend a lifetime seeking.

South Koster, the larger and greener of the two, has more amenities (bike and kayak hire, some solid places to eat, and a range of places to stay from simple camping to the stylish, century-old Hotel Koster), but not too many to dilute the sense of calm. You can also stay on North Koster, which is linked to its neighbour by cable ferry, to put further distance between yourself and the rest of humanity.

While North Koster is too small and rocky for bikes, two wheels is the best mode of transport for exploring the meadows and woods of its twin (hire them near the main jetty at Ekenäs). Don't miss Kosters Trädgårdar on your travels through South Koster's bucolic landscape; this pioneering permaculture farm, which hosts live music in summer, has a terrific restaurant and cafe surrounded by a rambling organic garden that produces 80% of the food served.

Both islands have trails leading to secluded, sand-fringed bays perfect for a dip in the pellucid water of Kosterhavet National Park. But to fully appreciate this haven for an estimated 12,000 species, you’ll want to paddle out into the surrounding sea on a kayak.

Kosterhavet’s unique ecosystem relies on a flow of cold, salty water from the North Atlantic into the deep trench that divides Kosteröarna from the mainland; lobster, crayfish, prawns, oysters and mussels grow slowly and succulently in these conditions, which explains why Bohuslän’s shellfish is regarded as some of the best in the world.

James Kay travelled to Bohuslän with support from the West Sweden Tourist Board. Lonely Planet contributors do not accept freebies in exchange for positive coverage. 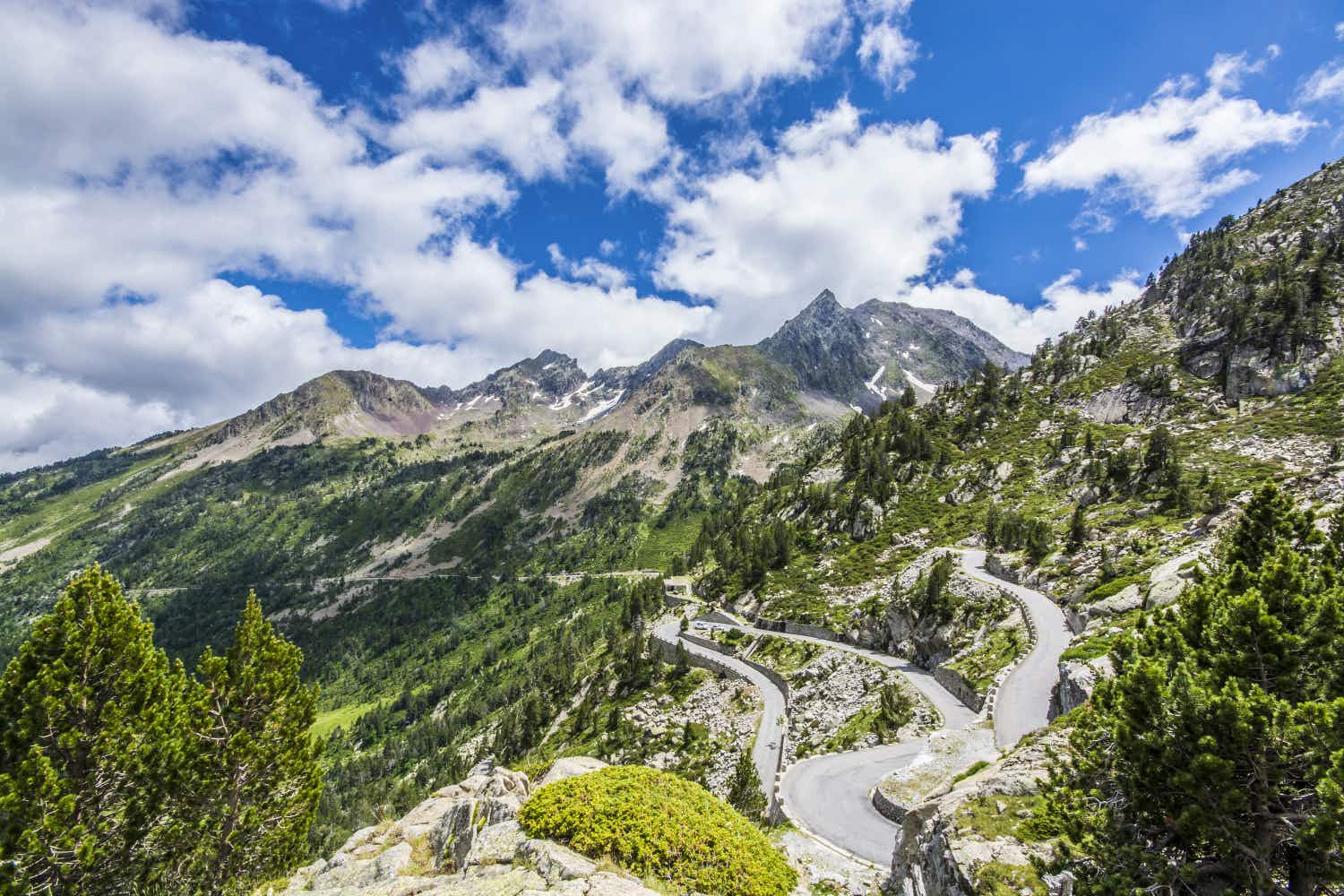 Behind the wheel: our best European road trips 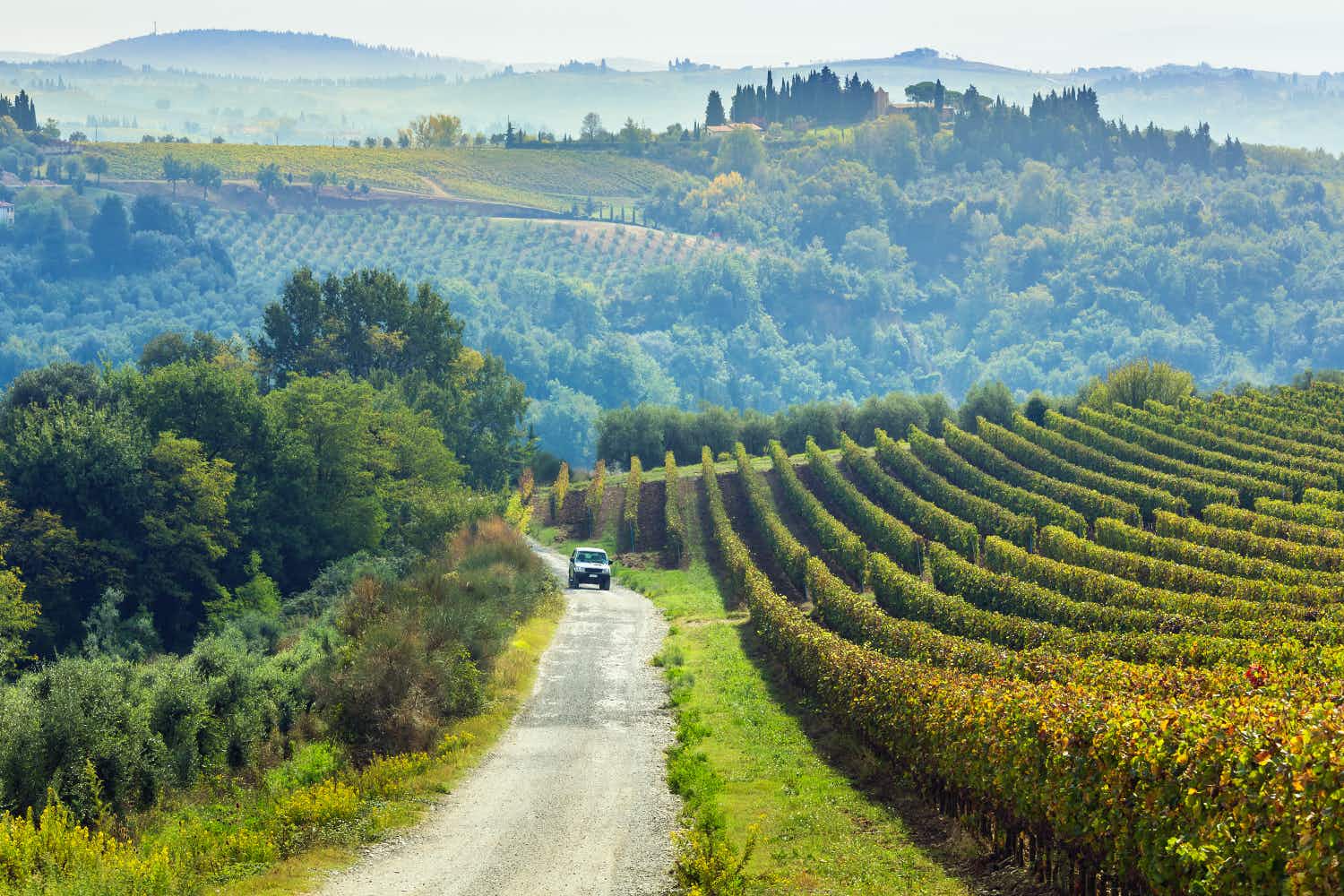