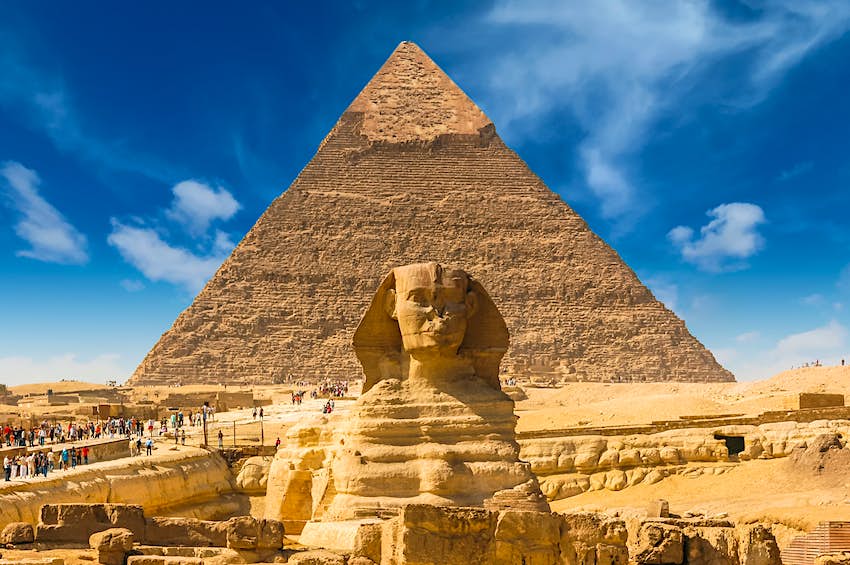 The whole area is undergoing a revamp ©Anton Belo/Shutterstock

A new cafe, restaurant and lounge with up-close views of the 4500-year-old Pyramids of Giza will soon open as part of a site-wide revamp of Cairo’s most famous attraction and the last surviving wonder of the ancient world. The space, called 9 Pyramids Lounge, will be located on the southern end of the complex and will be the closest cafe to the pyramids for a much-deserved post-visit break. The cafe is expected to open this month.

9 Pyramids Lounge is the first part of a wider redevelopment scheme for the Pyramids of Giza site. Other planned amenities include a new visitors centre, cinema, public toilets, site-wide signage, food trucks, photo booths, free Wi-Fi, tickets that can be purchased through an app and a hop-on-hop-off electric bus route that will circle the area and drop travellers off at designated stops. Animal handlers who offer rides on horses and camels, often using aggressive tactics, will be trained to ‘better deal with visitors’, according to a recorded presentation given in March.

"The Pyramids represent a powerful symbol for the future of Egypt, connecting our rich legacy to our exciting future", Ashraf Halim, CEO of Orascom Pyramids Entertainment, the investment group that’s leading the redevelopment, said in a statement.

Tourism officials in Egypt are expecting a surge of visitors when the nearby and much-anticipated Grand Egyptian Museum opens in 2021, delayed yet again, this time by the coronavirus pandemic. The museum was originally slated to open in 2011. The proceeds from the travelling Tutankhamun exhibition, which has been attended by millions in Los Angeles, Paris and London, will help fund the museum.

Egypt reopened its borders to international visitors in July, and the government has temporarily slashed the cost of tourist visas and ticket prices for the country’s attractions.

Hike, paddle and climb your way around the best of Grand Teton National Park

11+ of the best lesbian bars in the US