Picture the scene: tropical sunshine, swaying palm trees, lapping waves. And row after row of elegantly geometric Art Deco apartments. It would be easy to imagine yourself transported to Miami or South Beach, but this is India, more specifically Mumbai, home to the largest collection of Art Deco buildings outside of the United States.

When it comes to architecture, most people would file India under 'religious' or 'historical'. The nation's most famous buildings are towering temples and monumental mosques, or fearsome fortresses and the curious hybrid buildings left behind by the British Raj. It is less well known that India underwent a construction explosion in the years between the first and second world wars, as wealthy Indians turned their backs on tradition and embraced their status as citizens of the new global age.

Mumbai more than any other city became a playground for architects inspired by the French school of Art Deco, following the runaway success of the Exposition Internationale des Arts Décoratifs et Industriels Modernes in Paris in 1925. Built over reclaimed land, the well-to-do neighbourhoods sprawling north from Mumbai's old colonial quarters of Fort and Colaba were filled in with rows of landmark Art Deco apartment buildings and iconic cinema halls that drew on the modern iconography of technology and the science fiction embodied by comic books such as Amazing Stories and Flash Gordon.

But this is just one face of a city whose architectural legacy spans two millennia, from meditation caves hollowed out by Buddhist monks in the 1st century BC, through 5th-century Hindu temples and the imperialist fantasies of the Raj, to the futuristic glass towers soaring skywards above the streets of Worli and Tardeo, today the sixth largest collection of skyscrapers on the planet. Here's a quick wander through the centuries, taking in Mumbai's most significant ages of architecture.

Traditionally, the history of Mumbai is charted from 1534, the year the Portuguese gained control over the string of islands that were later fused together to create Mumbai. However, this stretch of coast was inhabited long before European empire-builders set eyes on the subcontinent. The islands' original inhabitants, fishermen and women from the Koli community, left few permanent buildings, but a flurry of construction followed the arrival of the Buddhist emperor Ashoka in the 3rd century BC. Hidden away in the peaceful forests of Sanjay Gandhi National Park in the northern suburb of Borivali, the 109 Kanheri caves were chipped out by Buddhist monks over a thousand years, starting in the 1st century BC, when the islands became a centre for Buddhist learning and discourse.

You'll find less peace, but more grandeur, on Elephanta Island, a short boat ride out into Mumbai Harbour from the Gateway of India. Elephanta was named by the Portuguese, who found a stone elephant on the shore, and ventured inland to discover a network of caverns overflowing with spectacular temple carvings. Sadly, they proceeded to ransack many of the shrines in outrage at the unashamed display of idolatry. Nevertheless, a remarkable amount survives, including a magnificent 6m-high depiction of Shiva as Sadhashiva, the creator, preserver and destroyer of the universe, carved in the 5th century, when the Shaivite sect of Hinduism was competing for dominance with Vaishnavism, Buddhism and Jainism.

The excesses and misdeeds of the colonial period are well-documented, but Mumbai's rich architectural heritage owes a lot to the British trading outpost which set up shop here in 1661, when Bombay was gifted to Britain as part of the wedding dowry from Catherine of Portugal to King Charles II. Leaving little doubt as to Britain's intentions, the original depot was soon upgraded to a military fortress, Fort George, traces of which can still be spotted around the Fort neighbourhood, but it was the subsequent wave of colonial architecture that created the nostalgic character of Mumbai's historic centre.

The architectural extravagance of the British Raj finds perhaps its most perfect expression in Chhatrapati Shivaji Terminus, formerly Victoria Terminus, Mumbai's frenetic and crowded main train station. This is said to be the busiest train station in the world, used by a staggering three million passengers every day, and the building that houses it is a Victorian fantasy of Gothic arches, Mughal domes, gargoyles, turrets and arcades. Credit for this gloriously over-ornate Indo-Saracenic construction goes to British architect Frederick William Stevens, who left no architectural style unplagiarised in his quest to make a train station fit for Queen Victoria. Keep your eye on the detail – the columns supporting the entrance hall are covered in a tracery of vines, cobras, monkeys, parrots and other tropical wildlife.

More eye-boggling examples of the Indo-Saracenic style can be found nearby on the edge of the Oval Maidan, where the Bombay High Court and University of Mumbai – designed by George Gilbert Scott, creator of London’s St Pancras train station – erupt in a Hogwarts-style profusion of turrets, spiral stairways and arches. Visit late in the afternoon, when the low sunlight percolates through the palm trees and paints the twin facades in a glorious palette of yellows and golds. From here, it's a moment's stroll to reach the graceful corridors of the mosque-like Chhatrapati Shivaji Maharaj Vastu Sangrahalaya, Mumbai's top history museum, with its splendid collection of miniature paintings, ceramics, statuary and antique weapons.

Fort is also blessed with some grand but neglected religious architecture from the colonial period, including the oldest surviving British-era building in Mumbai, St Thomas' Cathedral, founded in 1672, when the ink was still drying on the documents that transferred Bombay to Great Britain. This unmistakably British cathedral once marked the eastern gateway to the East India Company's fortress, and the interior is full of grandiose marble memorials to long-forgotten heroes of empire.

Wander on past Hyde Park-inspired Horniman Circle Garden and the whitewashed colonnade of Mumbai's British-era Town Hall and duck into the backstreets of Kala Ghoda to reach the eggshell blue Keneseth Eliyahoo Synagogue. This dignified house of worship was constructed in 1884 by the enterprising Sassoon family, which operated the Sassoon cotton docks in Colaba, used today to land the tonnes of fish sold every day in Mumbai's restaurants and markets. Visit at dawn to see Koli fishermen unloading the night's catch, and their wives striking hard bargains with wholesalers haggling for the best price on rays, sharks, pomfret, prawns, mackerel, kingfish and bombil, the tiny fish that form the basis of Mumbai's famously misnamed Bombay duck.

Mumbai's colonial administrators made every effort to transform their tropical home into a comforting facsimile of home. The nostalgic Royal Opera House on Charni Road, just inland from Girgaum Chowpatty beach, looks like a piece of London's Theatreland moved brick by brick to Mumbai. Built in classic neo-Baroque style, the venue staged its first opera in 1916, but interest declined after Independence, and the opera house was converted into a cinema, closing completely for 23 years before a grand restoration in 2016.

Interestingly, it was an Indian, not a Brit, who opened Mumbai's best known colonial-era hotel. A riot of balconies and domes, the Taj Mahal Palace Hotel on Apollo Bunder was constructed by the Parsi industrialist Jamsetji Tata, founder of the vast Tata empire, after he was refused entry to the city's British-run hotels for being 'a native'. There's a pleasing sense of justice to the fact that the Taj went on to become an Indian icon while the British-owned hotels faded into obscurity. Rooms at the Taj still command a stratospheric price tag, but travellers on smaller budgets can swing by for an elegant high tea in the Sea Lounge, or a meal at the spectacular Golden Dragon and Wasabi by Morimoto restaurants.

Following the lead of the British, make your last colonial stop the Gateway of India, the triumphal Indo-Saracenic arch built to celebrate the 1911 royal visit by King George V. Mobbed by sightseers, snack vendors, balloon sellers, photo-wallahs and pigeons, this was also the spot where the last British soldiers stationed in India held their final parade before India ousted the empire and marched proudly towards Independence.

Even before the departure of the British, Modernism was starting to grip the popular imagination in Mumbai. The city's wealthy – and widely-travelled – industrialists and entrepreneurs envisioned a new India: modern, dynamic and technologically advanced, reclaiming the position India held in ancient times as global hub for invention and innovation. Nowhere was this more apparent than in the grand Art Deco cinema halls that sprang up in the interwar years to showcase the output of the fledgling Bollywood movie industry. In fact, Mumbai already had strong links to film – the Lumiere Brothers screened the first movie shown in India at Watson's Hotel on Mahatma Gandhi Rd in 1896, with a ticket price of one rupee – but the new theatres opened up cinema to the masses.

The rise of home entertainment and the modern multiplex ushered in a period of slow decline for the city's Deco cinemas, but the rocket ship-shaped Eros, on the corner of Marashi Karve Rd and Veer Nariman Rd, still pulls in a crowd for every new Bollywood release from the likes of Shah Rukh Khan, Kareena Kapoor and Aamir Khan. In its heyday in the 1930s and 40s, the Eros competed for audiences with the Liberty Cinema on Marine Lines, the Aurora Talkies at Matunga, and the Los Angeles-style Regal, crowned by stylised Greek theatrical masks, at the top of Colaba Causeway.

Mumbai's most spectacular collection of Art Deco buildings is displayed in a sweeping curve along Marine Drive, the long, broad promenade that curls north from Nariman Point to the swish suburb of Malabar Hill. Although faded, the ocean-facing apartment buildings here represent some of the most expensive real estate in India, with sea-view apartments selling for upwards of US$1500 per square foot. A stroll along the prom, buffeted by cooling breezes from the Arabian Sea, will take you past such tasteful towers as the sunshine-yellow Soona Mahal, and the creamy-white Kewal Mahal and Zaver Mahal (both built by a Gujarati cinema tycoon). Unbeknown to the world, the British government maintained a secret war office in the Kewal Mahal from 1935 to 1945, coordinating the British response to the Japanese invasion of northeast India.

In the optimistic decades that followed the declaration of Indian Independence, these apartments hosted lavish parties for the cream of Mumbai society: movie-makers, actors and starlets, fashion-designers, politicians, financiers, Indian royalty, poets, writers and the up-and-coming artists who displayed their work at the wave-fronted Jehangir Art Gallery at Kala Ghoda (another Deco structure from 1952). Bollywood superstar Amitabh Bachchan famously slept rough on a bench on Marine Drive after arriving in the city as a penniless would-be actor in the late 1960s, just yards from the movie moguls he would later make fortunes for as star of such films as Deewaar and Sholay.

One of the quirkiest Art Deco edifices on Marine Drive is the Taraporevala Aquarium, constructed in 1951 behind a cinema-style facade decorated with bas-reliefs of jellyfish, sea horses and cetaceans. Along with nearby Girgaum Chowpatty beach, it's a popular hangout for the families, couples and teenage dreamers who promenade along the waterfront looking up at the genteel residences that represent the realisation of the Mumbai dream. For more on the Art Deco heritage of Mumbai, browse the archives of Art Deco Mumbai, a ground-breaking project aimed at recording and preserving the city's architectural legacy for future generations, founded by financier and Deco-enthusiast Atul Kumar. 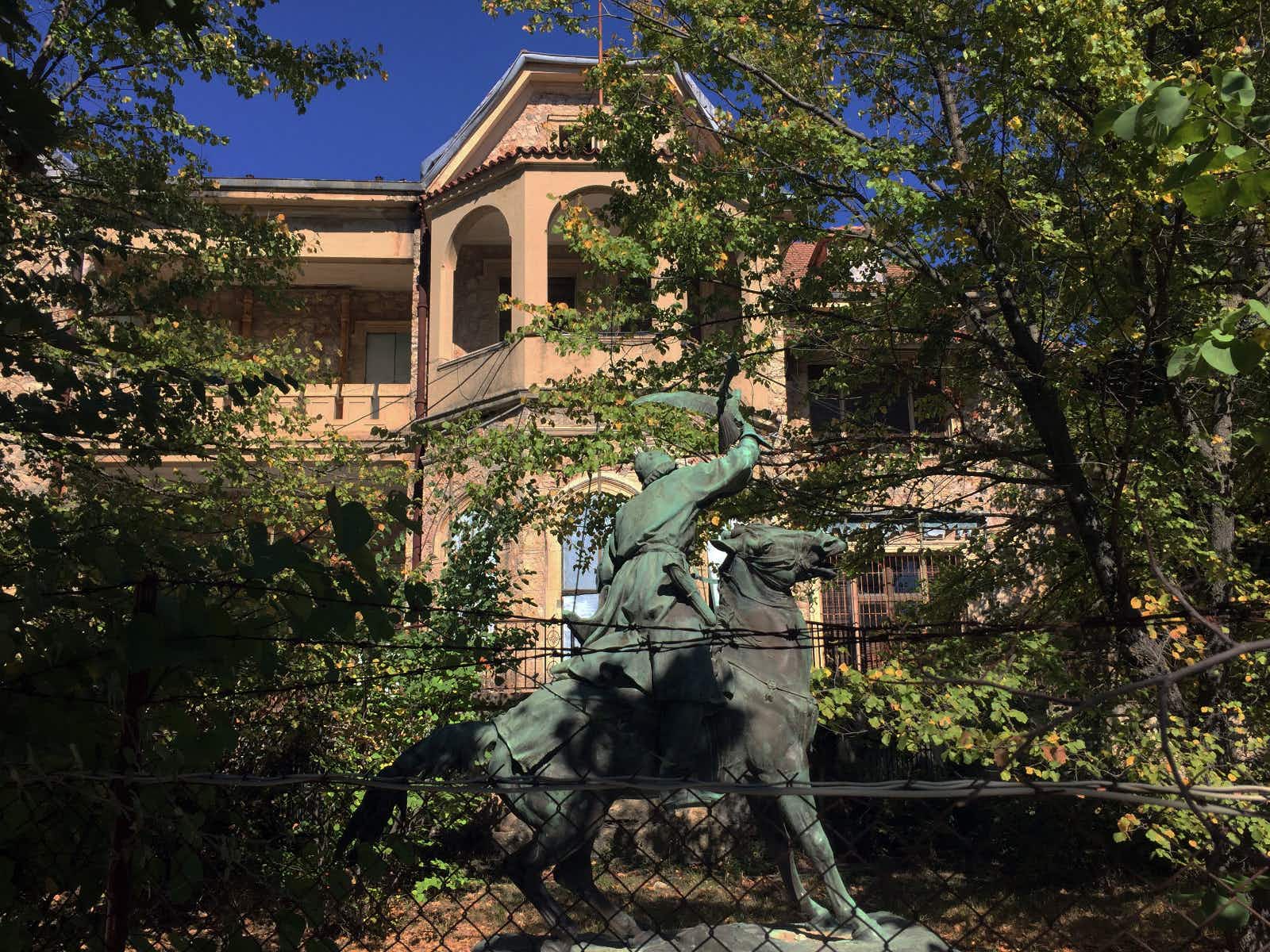 Athens off the beaten track 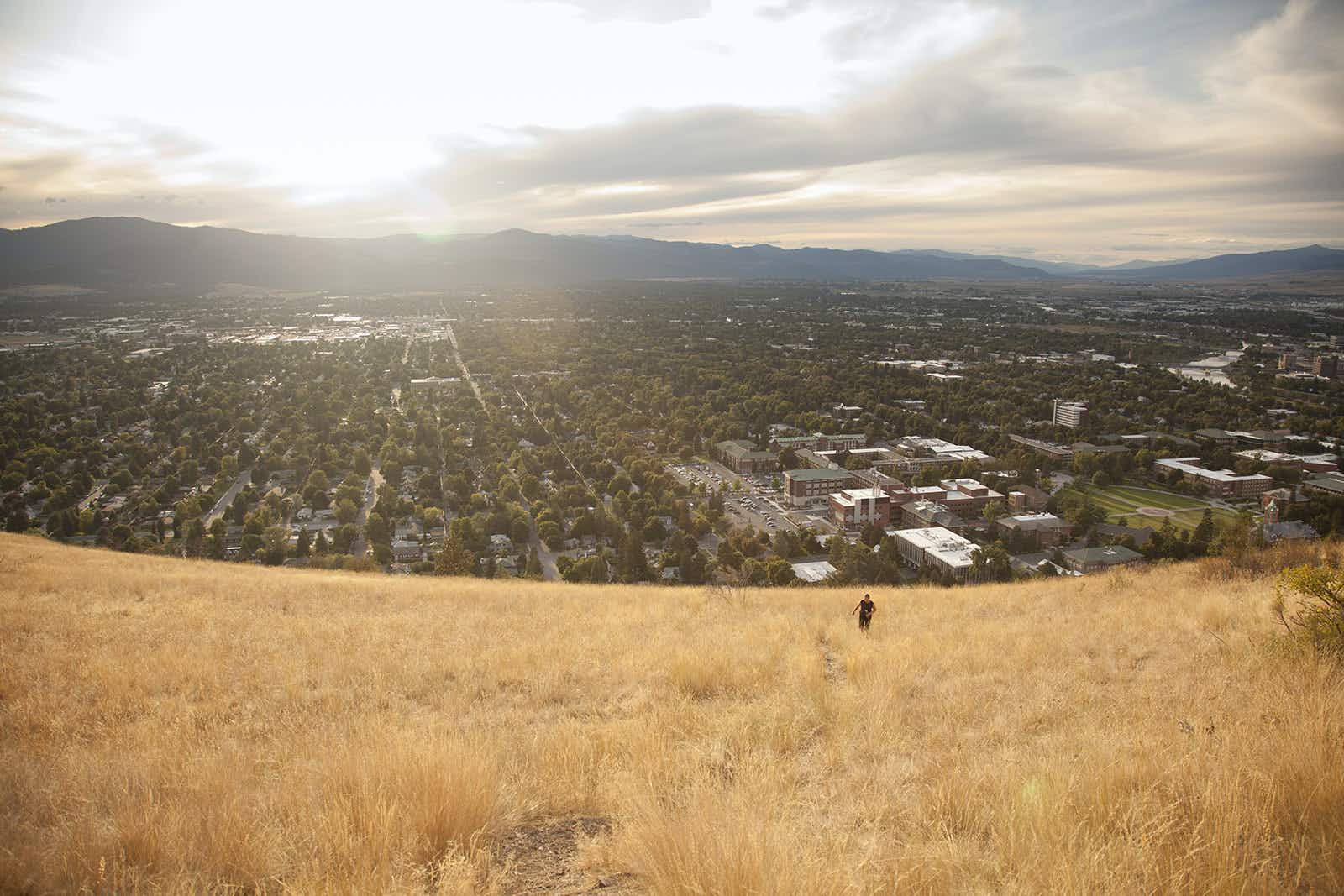