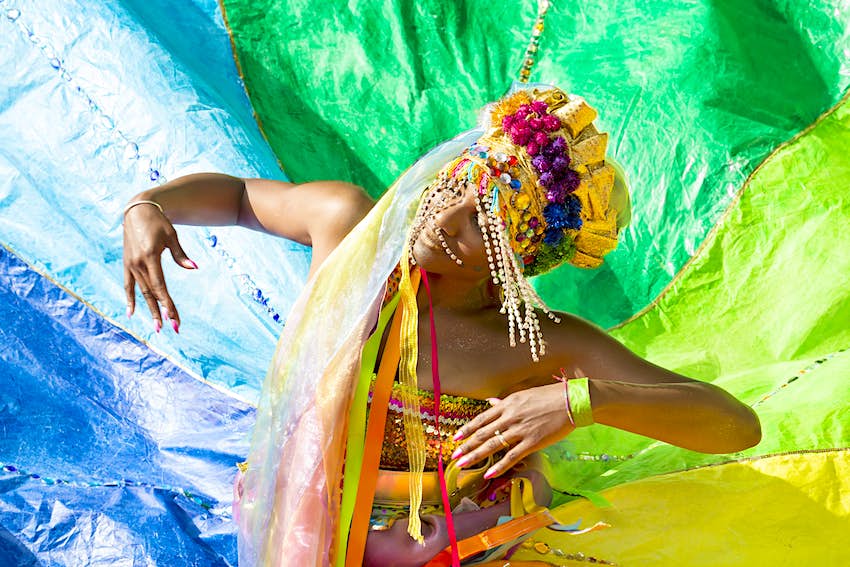 Because of the coronavirus pandemic, London’s Notting Hill Carnival, the world’s second-biggest street festival, has been canceled for the first time in its 54-year history, but that doesn’t mean the party has been totally called off: the bash going fully digital with a streaming series showcasing music, art and food on the carnival’s website.

Always held on the last long weekend of August, which incorporates a bank holiday in England, Notting Hill Carnival is a celebration of Caribbean and African traditions and a key event on the Black British cultural calendar. The festival has taken place every year since 1966, and it attracts more than a million revelers to the streets of west London.

"This year we faced the ultimate challenge of being unable to gather on the streets to celebrate our Carnival", Matthew Phillip, Notting Hill Carnival’s Executive Director, said in a statement. "But, now, more than ever, it’s important to keep the spirit of Notting Hill Carnival alive, giving an outlet to the thousands of people that spend all year creating incredible costumes and music for Europe’s largest event."

Carnival content, which has been recorded on stages and studios over a month-long period, will be streamed across four online channels, and Spotify, an official partner of the event, is creating a dedicated microsite of playlists and podcasts detailing Notting Hill Carnival’s history. The full lineup is yet to be announced, but 14 sound systems will be playing, as well as 20 dancehall musicians and 15 steel pan bands. Some of the eye-catching ‘mas’ groups, the performers who are dressed to the nines in colorful and feather-covered costumes and parade through the neighborhood streets, will also be featured in the videos.

This year’s events, called Notting Hill Carnival: Access All Areas, will be shown on the festival’s official website for free between 9am and 11pm on August 30 and 31, and warm-up activities from 6pm to midnight on August 29.