How to get high: a guide to staying well at high altitude

High altitudes are just for the Reinhold Messners and Joe Simpsons of this world, right? Crazy feats up there where the air is thin lead ordinary lowland mortals into no good at all.  You might get disorientated, hypothermic, lose a toe or two. It’ll be gruesome, right? Not necessarily.

High places -altitudes of 2500m and above - demand special respect and preparation. With proper planning and the right training, though, almost anyone can experience the exhilaration of rarefied air.

Here are some ideas to help you to get high, stay well and reach altitudes you would never have believed possible in the tallest mountain ranges of the world:

It’s often not practical to prepare for altitude by spending time at altitude, but you can train your heart and lungs for altitude, even at sea level. Do at least four hour-long sessions a week of full-effort aerobic exercise: running, biking, swimming. In between - walk. If you’ll be carrying a load, practise carrying that. Find steep hills to climb wherever you can.

You may lose your appetite when first at altitude, but it's important to keep eating. High up in the alpine cold, you burn more calories even at rest: eat plenty of high-carb, slow-burning energy foods.

Above 3000m, if the geography allows, don’t ascend more than 300m a day. If you do, plan to sleep no more than 300m higher than you did the previous night until you are well acclimatised. Acclimatisation takes 1-3 days for any given altitude.

Nights may be tough at first. Breathing rate slows when you sleep and you may wake frequently feeling out of air. Propping yourself up with your backpack to sleep half-sitting may help.

It’s normal to have some headaches when you’re first above 2500m. Rest, drink and medicate as you would at sea level. Breathlessness is normal on exertion at altitude – but above 3000m, watch for breathlessness when resting; a cough; a severe, persistent headache; nausea; loss of coordination or disorientation - all are signs of Acute Mountain Sickness (AMS). This potentially fatal condition demands rapid descent.

AMS symptoms often improve with a descent of 300-600m. Make sure your walking party has a plan of action for descent: and that’s not in the morning, it’s right now.

Try the folk (and high-tech) remedies

Andeans have chewed coca leaves for thousands of years - the alkaloids released relieve altitude symptoms. In the Himalayas, dried yak cheese (chhurpi) is said to alleviate some altitude woes. A red steak or two before arriving at altitude may increase iron levels and help produce blood cells to transport oxygen. Or take the pharmaceutical route: Acetazolamide (Diamox) begun before ascent helps acclimatisation.

And now you’re prepared, some choice destinations to get high? Here’s a top five of the most beautiful - and challenging - high altitude journeys:

1. Mt Kailash Kora, Tibet: The faithful (and fit) make the 52km circumambulation in one day – but most trekkers take at least three days to circuit the mountain at altitudes of between 4570 and 5790m. Be glad you aren’t prostrating at every step, like some pilgrims.

3. Dolpo, Nepal: Land of the snow leopard. Trek from Shey Gompa to Phoksundo Lake, and then on remote, ancient pathways to Jomsom. Altitudes between 4000-5000m – be thankful for your yaks.

4. Cordillera Huayhuash, Peru: The 12-day 170km circuit of this most easterly range of the Andes is largely between 4000 and 5000m. Spectacular glacier shrouded peaks here soar to 6635m. Remember the coca leaves.

5. Simien Mountains, Ethiopia: A primeval range cut through by deep river gorges and rising to the highest point in Ethiopia, 4563m Ras Dejen. Approach the summit through on rural pathways between 20 peaks over 4000m. 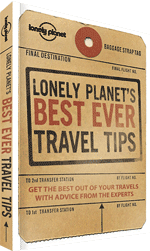 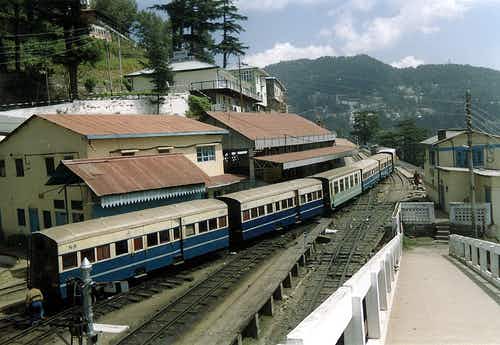 How to book trains in India