They’re back! Jellyfish numbers are on the rise in the Mediterranean again this summer and holidaymakers in Spain have been warned to watch out for the stinging creatures while swimming.

Marine studies have determined a marked upsurge in the numbers of the jellyfish located in sea water.

Jellyfish stings should be reported and treated with sea rather than fresh water. Image by Ross Elliot / CC BY 2.0

Professor Josep Maria Gili from Barcelona’s Institute of Marine Sciences says the rise is largely due to human impact on the oceans.

The Local reports that pollution, climate change and overfishing have contributed to jellyfish multiplying.

By taking out so many fish, man has reduced the creatures’ natural predators.

Turtles too are natural competitors for zooplankton and with the reduction in its population,  more jellyfish are prospering.

The change in temperature and shortage of rain are also factors leading to the increased jellyfish sightings on beaches.

According to Professor Gili, the good news is that the sea creatures don’t stay in the same place for too long. He said they should only hang around for a few days during the high summer.

However to counteract the threat posed, several towns on Spain’s northeastern coast have “jellyfish plans” which solve the problems for bathers and holidaymakers virtually every time.

Jellyfish never bite swimmers but they sting when a human comes into contact with their tentacles.

Prof Gili advised people to avoid a beach where they were and to swim in a pool for a few days until they move on.

People who are stung by such a creature should seek help from lifeguards on the beach. However if none are available, the person should wash the wound with salt water – never fresh water. 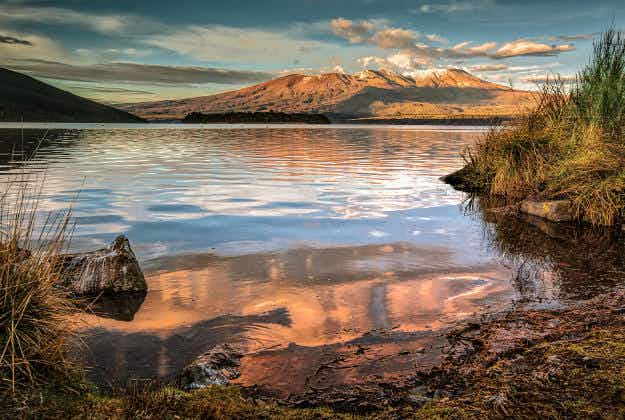 New Zealand village of 650 people sitting on a growing…

Forget the flake, a Japanese shop is selling an ice…