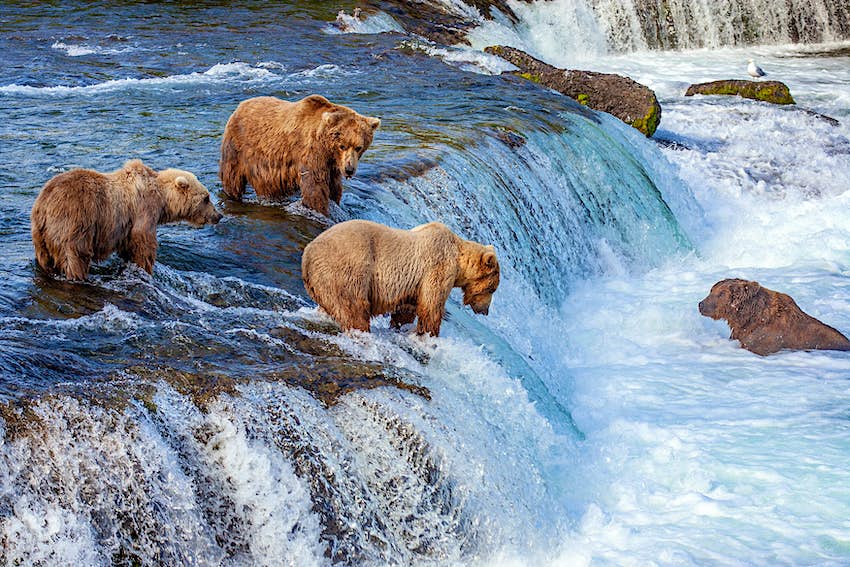 Fat Bear Week has come to a close and one bear has been crowned the fattest of them all: Bear number 747, or as he's known to his friends, The Earl of Avoirdupois.

A dozen portly bears battled it out in this year's Fat Bear Week competition at Katmai National Park & Preserve in Alaska and The Earl of Avoirdupois came out on top after a week of competitive online voting. Bear 747 thanked the cold, clean water of the Brooks River for giving him fatty salmon to gorge on, along with “all the little bears he pushed out of the way to gain access to the best fishing spot of them all”. He will now celebrate by "waddling away from the river and enjoying a comfortable hibernation."

The Fat Bear Week competition, which ran from September 30 until October 6, is a single elimination tournament where voters chose between pairings of bears. The grizzly with the most votes advanced until one was crowned the winner. The idea of the competition is to highlight the challenges bears face when preparing for hibernation.

The Katmai bears have been piling it on by eating a full year’s worth of food over the past six months to ensure their survival during winter hibernation. During this time, they will not eat or drink and will lose one-third of their body weight, so their survival depends on accumulating ample fat reserves before entering the den. They gorge on the richest, most easily obtainable foods they can find, which most often means sockeye salmon at Brooks Falls.

The bears all faced individual challenges in the competition. Adult males need to grow large to dominate the best fishing spots and secure mating opportunities, and females need to support the birth and growth of cubs. Cubs undergo tremendous growth spurts, and juvenile bears living on their own must find food without their mothers' guidance.

You can stay up-to-date on Katmai's bears by visiting here.

What is a ‘travel pod’ and is it the future of vacation travel during the pandemic?

How to make Bangkok phat thai

2 min read • Published about 14 hours ago