Busan is one of the great unheralded cities in Asia. Brimming with cobalt oceans, verdant mountains and delectable fare, it’s a city full of surprises and a laid-back vibe that makes it the perfect base from which to explore farther afield in South Korea.

With so many choices in this beachy urban paradise, deciding where to go can be a daunting task.

But fear not, we've got you covered with our list of the top ten things to do on your trip to Busan.

Big, bold and salty, Jalgalchi Fish Market is the epitome of Busan. Ramshackle stalls run by aggressive grandmothers hawk an incredible array of seafood, from big squid to red snapper, and all sorts of creepy creatures with slithering tentacles. Did we mention aggressive? These grannies aren’t shy about pushing a wooden cart into your leg or telling travellers with cameras to buzz off, but the traditional atmosphere and freshness of the fish make this a staple Busan experience.

An array of seafood for sale at Jagalchi Fish Market. Image by Rob Whyte / Lonely Planet

Comparatively genteel, though less colourful, first-floor fishmongers inside the main building sell live creatures from tanks and tubs, which can be eaten in a restaurant further up on the second floor. Pick a fish and the shop owner will give you a ticket indicating where to sit upstairs. Travellers hoping to enjoy fresh raw fish, but lacking Korean language skills, can walk upstairs to Jackie’s Seafood (051 246 2594; closed 1st and 3rd Tues; Jagalchi station, Exit 10). Bilingual and colourful, owner Jackie takes the time to explain the best seasonal choices.

Just about every Korean city has a temple. Some are more beautiful than others, but none are quite like Seokbul-sa. This hermitage has Buddhist images meticulously etched into mountain stone faces. These 10m-high boulders aren’t just near the temple; they actually form part of the structure. The sheer scale of Seokbul-sa makes it the kind of place where you have to crane your neck to get the full picture.

The district of Seomyeon, the heart of Busan, is a tale of two worlds. Modernity, replete with skyscrapers, neon-drenched boulevards and oh-so-chic cafes, coexists with a traditional way of life evident today in draggle-tailed buildings, dimly-lit back alley motels and sidewalk vendors selling everything from cold bean noodle soup to roasted chestnuts. It’s an eclectic and invigorating street vibe, one best experienced on foot in the evening.

For an entirely fresh perspective, head to any of the city’s walking trails. With so many mountains and coastlines to choose from, finding a route to match your schedule and fitness level is easy. Three of Busan's most popular hiking routes include:

Soothe yourself in a spa

Getting naked in a room full of strangers at Spa Land – one of Asia's largest spas – is an essential part of any Busan bucket list. It's a particularly pleasant experience when recovering from a long day of hiking one of the city's many scenic trails (and works well for hangovers, if Busan's nightlife is more your thing). Inside the Shinsegae department store in Haeundae, the jjimjilbang – the area where people chill out in pajamas – is huge. Set aside a few hours to explore the panoply of hot and cold relaxation rooms, or rekindle the lost art of doing nothing. Children under 13 can’t enter Spa Land, so it’s much less frantic than the average Korean jjimjilbang.

This historically-rich, mountainside cultural quarter is one of Busan’s most intriguing sights. Originally settled by refugees during the Korean War, tiny hillside homes were constructed by followers of a fringe religious group that believed the universe operates on the basis of a yin-yang dialectic. For decades, the community remained isolated, almost forgotten.

Today, in true dialectical fashion, this onetime pocket of poverty is being transformed into a community of renewal and sustainability. This process of change began in 2009, when art students installed a nifty collection of clever decorative pieces best discovered by zigzagging through narrow alleys, peeking around corners and searching out new vistas from out-of-the way benches. To get the most out of this adventure, wear comfortable shoes, buy the scavenger map (₩2000) and consider supporting the locally-owned cafes and galleries.

A night out in Gwangan

If you’ve got time for just one night out, head to the neighbourhood of Gwangan. The busy road running along Gwangan beach is packed with bars, beer coolers and barista cafes, so finding a drink to taste won’t be a problem. Craft beer enthusiasts might start at Galmegi Pub (galmegibrewing.com), the first microbrewery in Busan. Down the road, there’s Beached (facebook.com/beached.bar), a Kiwi-owned sports bar with a good mix of domestic and imported beer and a stellar view of Gwangan’s Diamond Bridge, a dazzling 7.4km structure that’s beautifully illuminated at night.

Haeundae: a beachy oasis in the city. Image by Jens-Olaf Walter / CC BY 2.0

South Korea's most famous and beloved beach is Haeundae, a narrow, 2.2km-long strip of oceanfront property enveloped by a wall of commercial and residential development. Evenings are an ideal time to stroll the beachfront path set against a glowing backdrop of Gotham-esque highrise buildings and, further down the coast, paved trails that yield a panoramic perspective of the breadth of Haeundae’s expansive urban landscape.

Hotteok, a traditional Korean snack, is a small pancake with a brown sugar and cinnamon filling. Busanese hotteok is particularly special thanks to the addition of seeds. Called ssiat hotteok, the pancake is grilled in hot oil, stuffed with nuts and seeds and served in a paper cup. Chewy, crunchy and piping hot, care is required because the melted filling can burn. Busan’s favourite vendors of this cheap snack (₩1000) are in Nampo-dong, though the ones behind the  Lotte Department Store in Seomyeon taste fine, too.

It’s the sweet of the future and you get to tell your friends you tasted it first in Busan. Seriously, no foodie should visit Busan without trying sulbing (sulbing.com), a subtle-but-decadent dessert invented in a town known in Korea for its spicy food, big personalities and salty language.

Served in a heavy earthenware bowl, sulbing is shaved frozen milk topped off with soybean powder and almond slivers. A splash of condensed milk adds delicate sweetness and liquidy goodness. One bowl comes with two spoons and, like most good things in life, is best enjoyed with a companion. 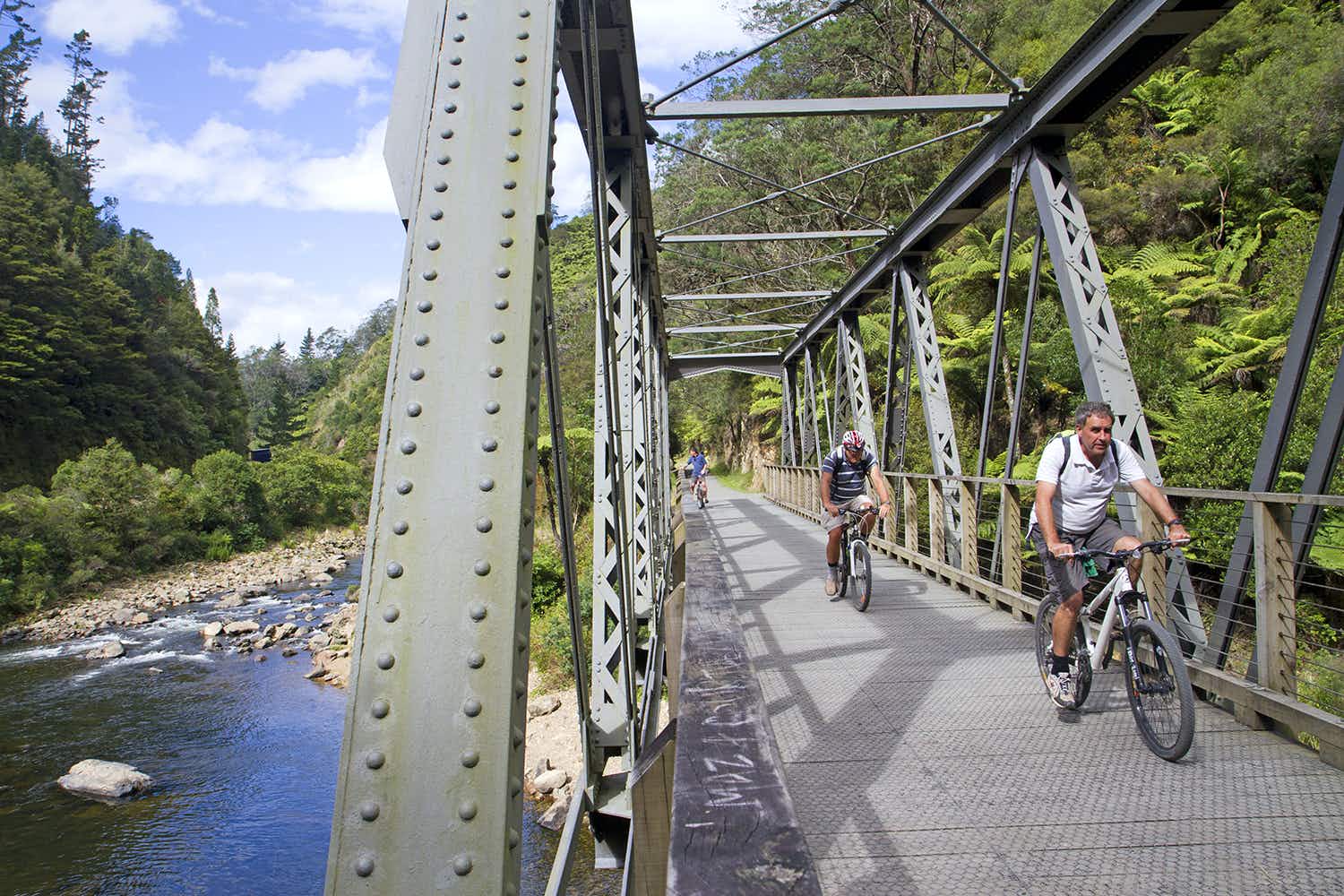 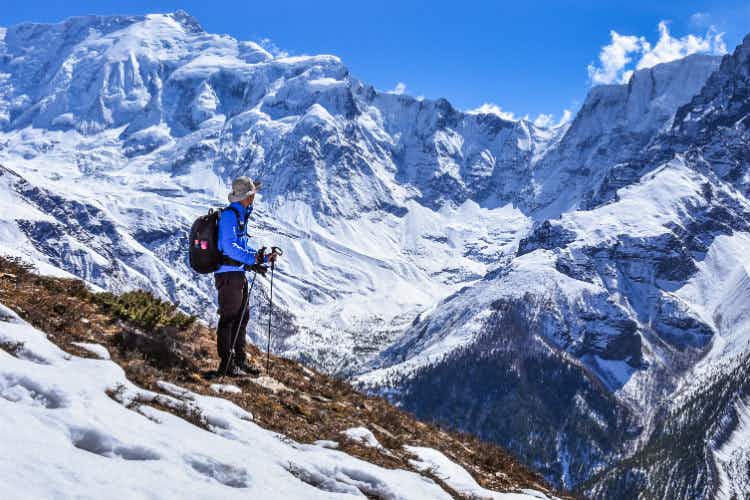 Best places to travel in October 2015