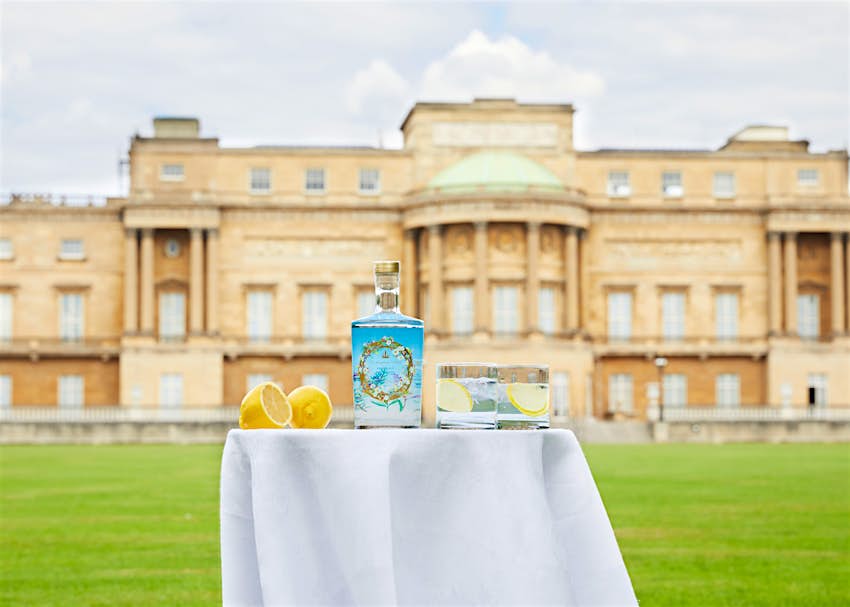 Gin and tonic is the quintessential English drink, and now there’s a right royal way to enjoy this traditional summer tipple: Buckingham Palace, Queen Elizabeth II’s residence in London, has released a gin that’s infused with 12 botanicals hand-picked straight from the palace’s gardens.

The small-batch dry gin has flavours of lemon verbena, hawthorn berries, bay leaves and mulberry leaves, which have all been harvested from the 16 hectare gardens, home to 30 bird species and more than 250 types of wildflower. Profits from the sale of Buckingham Palace Gin will help maintain the one million artefacts overseen by the Royal Collection Trust, which includes more than 7000 priceless paintings and a horde of centuries-old furniture, making it one of Europe’s largest collections of art. The RCT has said that it’s predicting losses of £30 million over the next year because of the closure of sites and the decline in visitor numbers because of the ongoing coronavirus pandemic.

So even if you’re worried that your invitation to the Queen’s annual summer garden party has been lost in the post, rest assured that you can sip the same gin that will be served at Her Majesty’s official Palace events. The Queen is known to be something of a gin connoisseur and allegedly has a glass of gin and Dubonnet on the rocks with a slice of lemon before lunch.

Buckingham Palace, which annually opens its doors in the summer months while the Queen is away, is sticking to its schedule and plans to reopen on 23 July. Other royal residences including Windsor Castle west of London and the Palace of Holyroodhouse in Edinburgh, Scotland, will also open on that date.

The first batch of Buckingham Palace Gin sold out within eight hours of its launch, but the next set will be released in October. A 70cl bottle costs £40.

Commuters can pass through a gin-scented tunnel in one of London's busiest train stations
Destination Drinks #44: Sloe Gin
The Queen is looking for a planner to oversee Buckingham Palace renovations