Accra's best local food (and where to find it)

Do you know your waakye from your fufu? Or your Jollof from your red-red? Not a worry. Here we lay bare the secrets of Accra's best local food and tell you where to find it. The bottom line – it's a fulfilling proposition, and your stomach will love you for it.

If you like tomatoes, you'll like Ghanaian food. No matter if served in a 'chop bar' (a simple, local eatery), a big dining hall or a restaurant cooled by air-conditioning, traditional local dishes are nearly always based around sauces, soups and stews containing lots of the round red vegetable that was brought to the country during colonisation. As a result, even medium-sized supermarkets boast at least two metres of shelves laden with different brands of tomato paste. There is a caveat however: you'll also need to enjoy the generous use of chillies (they are equally omnipresent in dishes here).

Pieces of meat or fish in the stews and soups take care of the protein side of things, while local starches such as yam, cassava or plantain are patiently pounded and cooked to deliver carbohydrates (and provide some relief from the chilli-induced heat). Globalisation has made rice-based dishes and fried chicken more popular in Ghana, especially in cities such as Accra, but even these will not be served without at least a dip of… you guessed correctly... tomato and/or hot chillies.

Waakye: all you can eat

In its simplest form it's just a mix of beans and rice, but there are often so many sides added to waakye (pronounced 'waa-che') that in reality it turns into a filling, all-in-one pot. Don't be surprised to see gari (cassava powder), stewed meat or fish, fried pieces of kelewele (plantain), salad, shito sauce (made of chillies), dried fish and even spaghetti in it. Waakye is most often prepared by women who cook all the ingredients in the early mornings and then sell it on the street, wrapped in banana leaves or given out in a take-away box. The most famous such seller is Auntie Muni whose stall in Accra's Labone area attracts former presidents, football stars, expats and countless other Ghanaians.

Chicken used to be reserved for special events such as Christmas dinners, but economic growth has made it one of the favourites at almost every local restaurant. Ghanaians like their chicken marinated with peppers, then fried and served with a side of Jollof rice. The latter is a tomato-flavoured, slightly spicy rice dish so popular all over West Africa that Nigerians and Ghanaians regularly argue over who cooks the better tasting version.

Chicken and Jollof can be found everywhere. One great (and air-conditioned) place to try it is Frankie’s on Oxford Street in the neighbourhood of Osu. This is one of the oldest fast-food style restaurants in Accra, and the menu offers everything including continental and Lebanese dishes, but there is nothing like tucking into hearty Jollof while observing the hustle and bustle unfolding outside the big windows. Frankie's is also open to midnight, so it's a great place to fill up before a big night out.

Fufu & soup: use your fingers

If Ghana was only allowed one national dish, it would have to be fufu. Plantain and cassava (sometimes yam instead) are cooked and then pounded until the dough has the required consistency to be moulded with your right hand into a palatable portion that can be easily dipped into one of the many soup variations on offer. Two of the most famous soups served with fufu are groundnut soup (based on peanuts) and 'light soup', which is rich in tomato and often with goat meat.

There is no better place to indulge in this national dish than a traditional dining hall in the heart of Osu. Sitting on a plastic chair in the vast, canteen-style Asanka Local, washing your hands in a plastic bowl and then dipping your right hand's fingers into the fufu offers a deep dive into Ghanaian culinary culture. Top it off by taking a sip of a Star or Club beer or a non-alcoholic malt drink.

Despite being situated directly on the sea shore, the most common (and also most popular) fish to eat in Accra is the freshwater tilapia. Caught or bred in the Volta River and lake of the same name, the whole fish is either fried or grilled (the tastier and healthier option) and then served with a side of banku, a pasta-like mass cooked out of fermented corn and cassava.

One of the best grilled tilapia and banku dishes is served at the Ivorian restaurant Chez Clarisse Mama Africa in Osu, where it's adorned with a mix of diced tomato and raw onions and served with a pepper dip on the side; the tender fish meat is best reached using your fingers.

This simple stew is based on black-eyed beans that get cooked in palm oil and tomatoes. It's topped with fried plantain pieces, which are shimmering red and the reason for the second 'red' (the tomatoes being the first). Ghanaians – especially the working class who can’t spare hours for preparation – love street food and red-red is probably the most popular such offer next to waakye. Ask Ghanaians in the area you stay for the best vendors, or if you are less adventurous or like a bit more comfort, try the red-red at Buka in Osu, which is one of the most popular places for expats who like Ghanaian and Nigerian dishes. 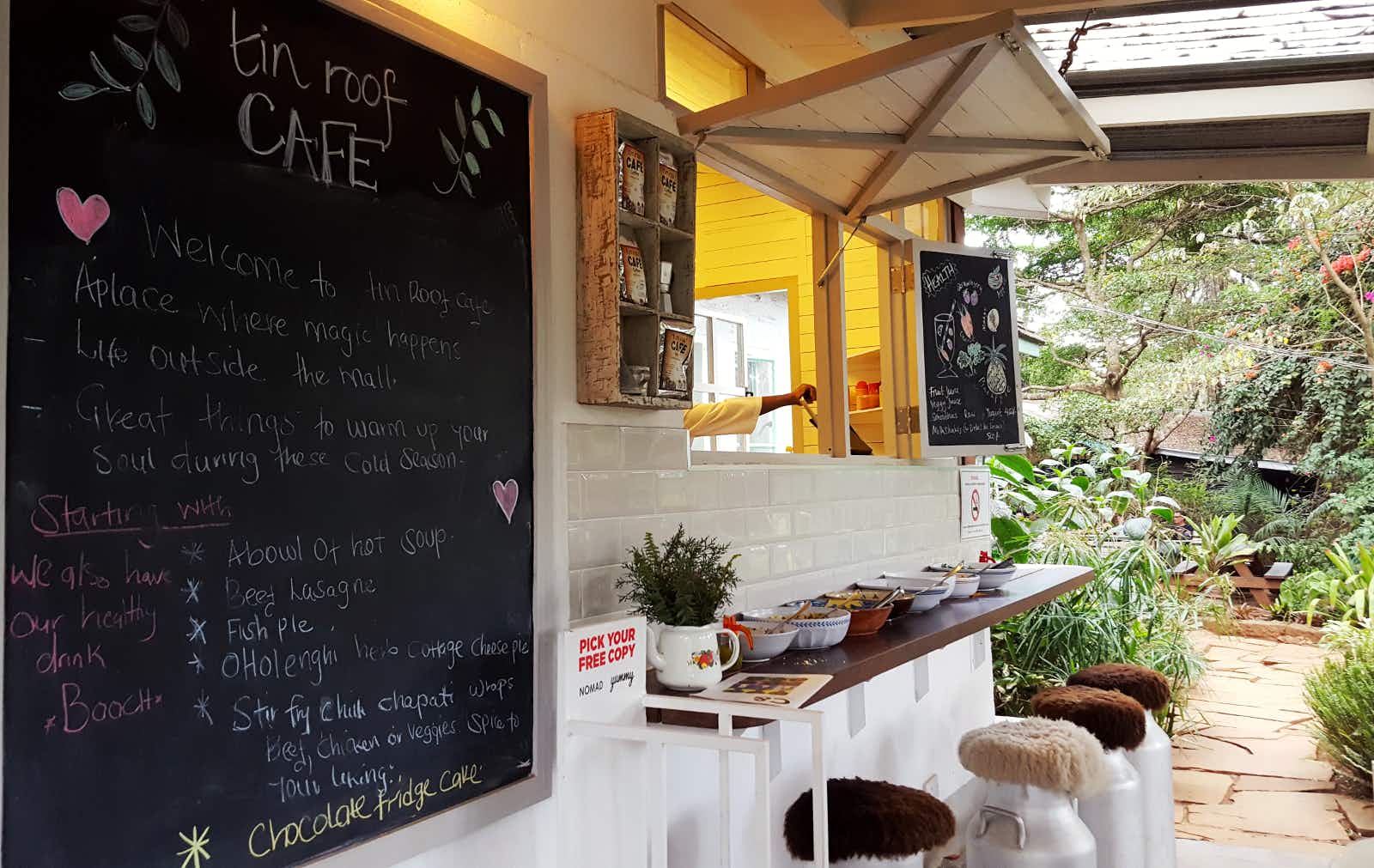 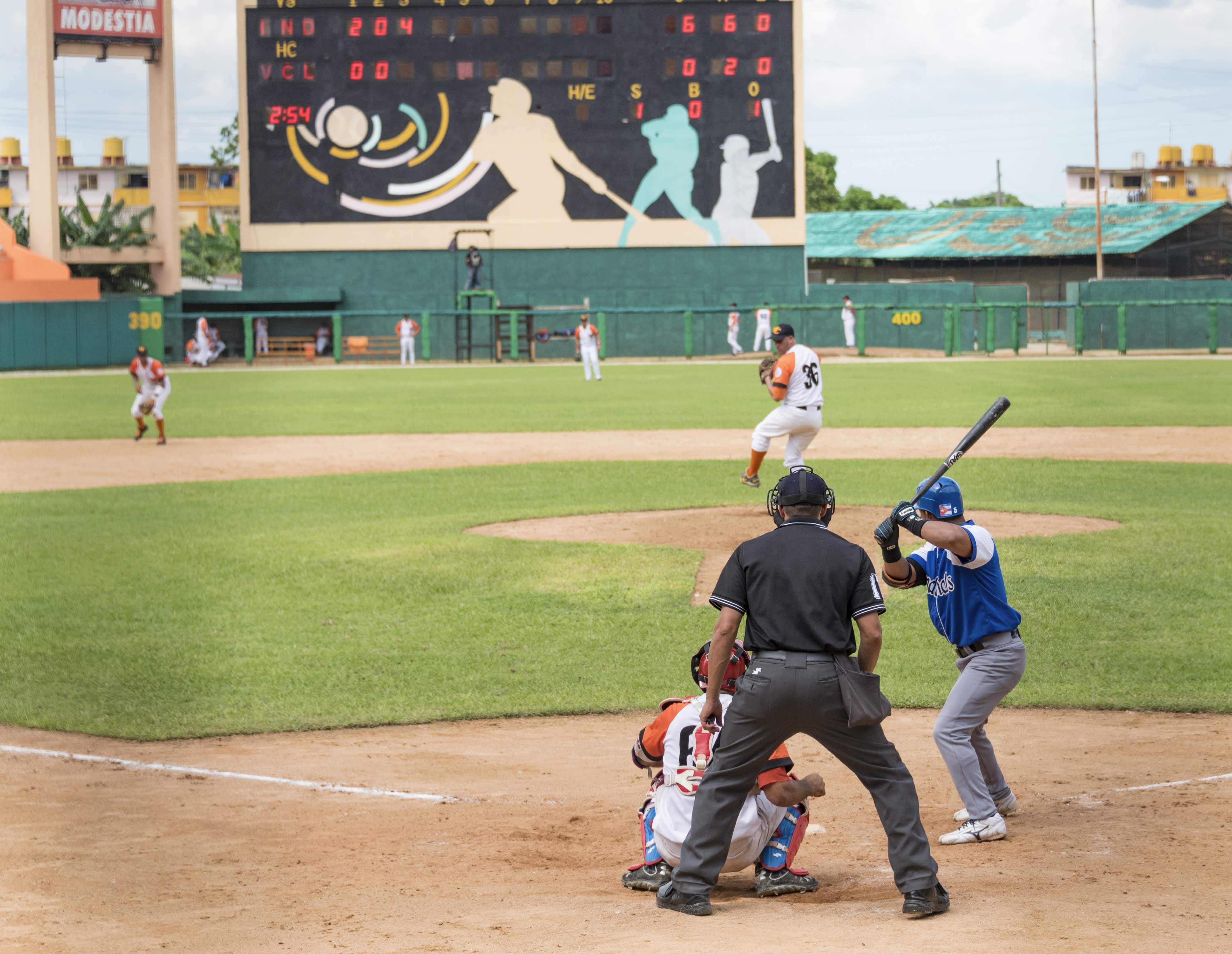 Havana shows off its sporty side