A guide to South Korea's most charming mural villages

The term 'street art' can often conjure up an image of hooded graffiti-artists stenciling edgy pieces down seedy city laneways in the dark of the night.

But in South Korea, there’s a different kind of street art scene going on – formerly underserved neighbourhoods are getting makeovers in the form of vibrant murals and art installations.

The past few years have seen artists targeting downtrodden, gritty neighbourhoods, with inspiration to shift Korea’s prejudices about these slums by ‘beautifying’ their streets with colourful murals on fences, walls and houses. Many of these areas are daldongnae (‘moon villages’) – a name derived from their hilltop locations, traditionally thought to offer a better view of the moon than the cities below.

Interestingly, these 'moon villages' were also where refugees squatted after the end of the Korean War in the 1950s. Artists have also chosen to spruce up these daldongnae in the name of preserving historic districts threatened by rapid high-rise development.

These projects, however beautiful, also cause a certain loss of privacy for the residents. With such a sudden influx of visitors, it’s important to minimise the intrusion factor to avoid disrupting locals' day-to-day affairs; something to keep in mind when visiting. Local artists behind these initiatives have addressed the issue by taking more care to integrate residents into projects, with the aim of fostering a meaningful relationship between locals and tourists.

These colourful 'moon villages' are dotted all over South Korea, but we've chosen a few of our favourites to highlight below.

A steep walk up the slopes of Naskan in the northern suburbs of Seoul, lies one of the city’s most famous mural villages, Ihwa Maeul. Within the space of a decade, this daldongnae has gone from a shantytown designated for demolition to major tourist draw. In fact, it’s so busy these days it’s best to visit early in the morning to avoid the masses who descend upon the area – mainly young Koreans intrigued by its metamorphosis. Here artists have spruced up grungy walls with bright motifs and colourful photogenic murals: artworks range from paintings of flowers and fish cascading down steep stairways to giant portraits splashed across concrete underpasses.

Other similar projects in Seoul are Gaemi Maeul ('Village of the Ants') in Seoul's northern Inwangsan district, and the HBC Art Village in Haebangchon.

Less than one hour south of the capital, Suwon has several urban art projects similar to Ihwa Maeul, but it remains so far less well-known. However, the decaying backstreets here are awash with street art that easily rivals the best in the world.

Haenggung-dong Mural Village, the more developed of Suwon’s urban art neighbourhoods, is a labyrinth of alleyways decked out by international and local muralists commissioned to makeover the streets. Shamanist houses, love motels, decrepit brick homes – no surface has gone untouched. Works incorporate everyday items, such as drains pipes, electricity boxes and wiring, into the themed pieces. Highlights include a 10m-long octopus with tentacles stretching the length of the alley, exquisite Asian-style pieces and a family of giraffes with long necks protruding from the ground along the industrial wall.

The village also has several galleries, like Alternative Art Space Noon, a house converted into a small gallery exhibiting local artists and fronted by a giant melted ice-cream cone sculpture. Right next door is Space Bom, which has a similar setup, and its earthy Bom Cafe specialises in traditional teas and sells handmade crafts.

Ji-dong is the other mural village in Suwon. Its warren-like alleyways are more extensive than Haenggung-dong's, with a memorable backdrop of Joseon-dynasty palace walls. Its themed murals cover anything from paper airplanes, balloons and lush forests to a cavalcade of colourful bicycles spanning its crumbling brick walls.

High on the hill looking over the Jeonju Hanok Maeul, a traditional village in the city of Jeonju, another daldongnae has become a tourist draw thanks to its murals and galleries. The alleys here are a joy to stroll, with the walls of tiny arched-tiled-roof houses decorated in themed street art. Like the other mural villages in South Korea, artists have also moved in to Jeonju Hanok Maul, bringing with them cool galleries and cafes, including Kkojittappong.

Representing Busan in the southeast of the country, Gamcheon Culture Village is a mountaintop shantytown that was redeveloped as an art project by students in 2009.  Since then, it has become famous for its street art, which crawls down staircases and splashes over old houses. There's a map for sale to help navigate between art instalments and the happening cafes and galleries in the area.

In the city of Incheon, one hour west of Seoul, is Songwol-dong Fairytale Village, a dreamily-named mural village. But this one is different to the others; this is street art for kids. The laneways of  Songwol-dong sparkle with fairytale-themed murals of princesses, castles, characters from famous children's books and quirky animal sculptures integrated seamlessly into the gritty streetscape. Songwol-dong seems a surreal sight, especially given it remains largely a residential area, and though targeted towards children, adults will also no doubt enjoy strolling its cobbled maze-like alleys that are lifted straight from the pages of a picture book. 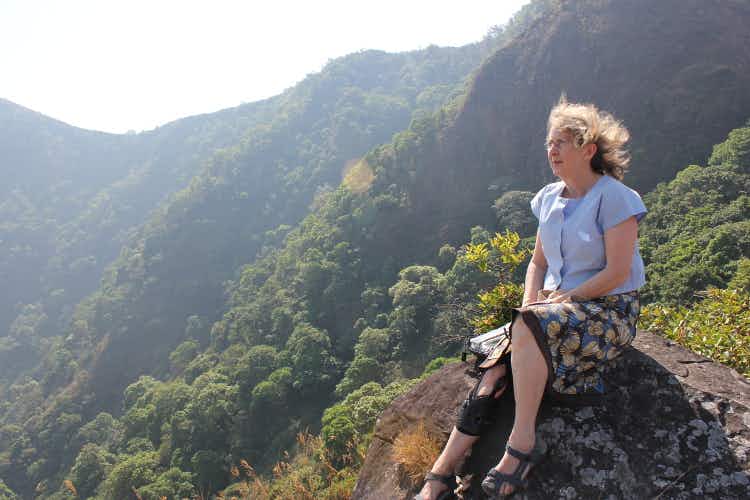 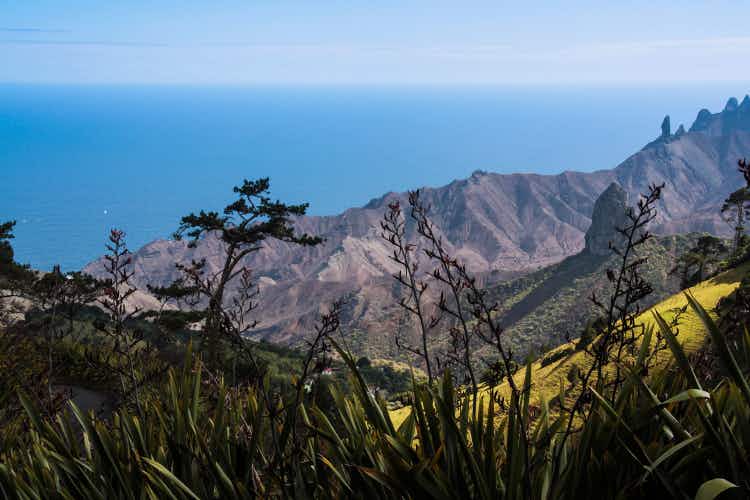 Last chance: to St Helena on the RMS