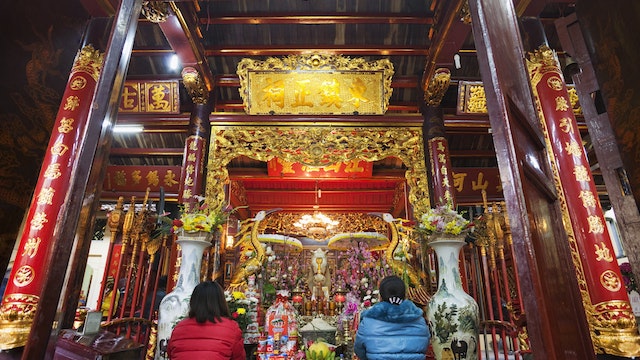 In the heart of the Old Quarter, the small Bach Ma Temple (literally 'White Horse Temple') is said to be the oldest temple in the city, though much of the current structure dates from the 18th century and a shrine to Confucius was added in 1839. It was originally built by Emperor Ly Thai To in the 11th century to honour a white horse that guided him to this site, where he chose to construct his city walls.

Pass through the wonderful old wooden doors of the pagoda to see a statue of the legendary white horse, as well as a beautiful red-lacquered funeral palanquin. At the time of research the temple was shut for restoration.