After years of building a reputation as the destination for beer-swilling college students on raucous spring breaks, Fort Lauderdale now angles for a slightly more mature and sophisticated crowd. Think martinis rather than tequila shots; jazz concerts instead of wet T-shirt contests. But don't worry, there's still plenty of carrying-on within the confines of area bars and nightclubs.

Few visitors venture far inland – except maybe to dine and shop along Las Olas Blvd; most spend the bulk of their time on the coast. It's understandable. Truly, it's hard to compete with beautiful beaches, a system of Venice-like waterways, an international yachting scene, spiffy new hotels and top-notch restaurants.

The city's Port Everglades is one of the busiest cruise-ship ports in the world, with megaships departing daily for the Caribbean, Mexico and beyond.

0
View all More in Fort Lauderdale
View all stories

These are our favorite local haunts, touristy spots, and hidden gems throughout Fort Lauderdale.

Whether it’s a guided tour of a historic landmark, private tasting of local delicacies, or an off-road adventure — explore the best experiences in Fort Lauderdale.

From Key Largo to Key West, the Gulf of Mexico to the Atlantic Ocean, every inch of The Florida Keys is part of a 2,900 square nautical mile National Marine Sanctuary. And there’s always an opportunity for visitors to give something back and get so much more in return. For the latest protocols on health & safety in The Florida Keys, please visit our website. 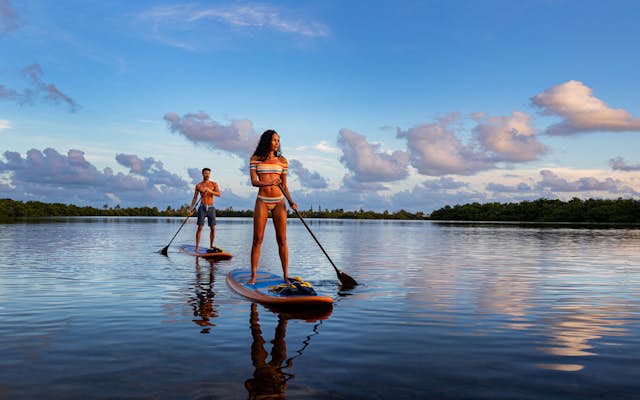