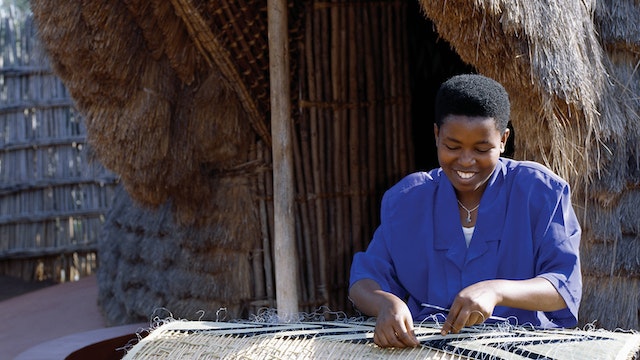 This outstanding museum was given to the city as a gift from Belgium in 1989 to commemorate 25 years of independence. While the building itself is certainly one of the most beautiful structures in the city, the museum wins top marks for having one of the best ethnological and archaeological collections in the entire region. The seven exhibition halls contain some very interesting items and everything is unusually well lit and presented.

The first hall contains the museum shop. The second hall has geological displays including a large relief map that depicts the topography of Rwanda as something akin to a crumpled piece of paper. The middle halls exhibit items used in agriculture, hunting, animal husbandry, weaving, pottery and woodwork. The kagondo hut forms the centrepiece of an exhibit on housing and living compounds in precolonial times. The final halls feature traditional clothing – including an isinde (wicker raincoat), pounded bark garments and goat-skin capes – and information on Rwandan prehistory, including an interesting section on divination. There is also a side hall used to house temporary exhibitions.

The museum is also the venue where the Intore dancers and drummers perform. Ask at reception about arranging a performance (RFr50,000). The museum is about 1km north of the centre. You can either walk or jump on a motorcycle taxi for around RFr400.