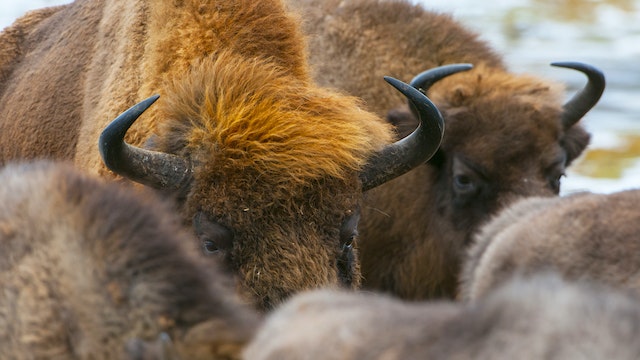 Once a centre for hunting and timber-felling, Białowieża (Byah-wo-vyeh-zhah) is now Poland's oldest national park. Its significance is underlined by Unesco's unusual recognition of the reserve as both a Biosphere Reserve and a World Heritage Site. The park can be found 20km east of Hajnówka.

The forest contains 120 species of birds, along with elk, wild boars and wolves. Its major drawcard is the magnificent European bison, which was once extinct outside zoos, but has been successfully reintroduced to its ancient home.

Note that the reserve does close sometimes in inclement weather.