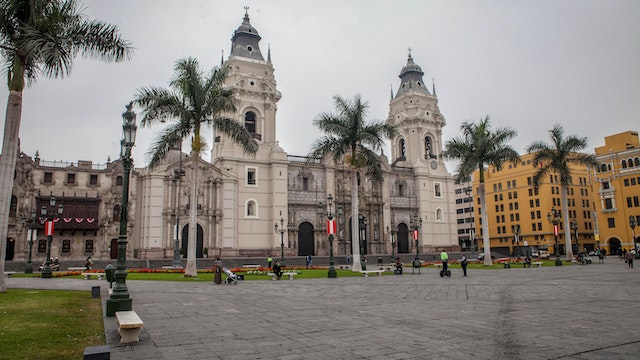 Lima’s 140-sq-meter Plaza de Armas, also called the Plaza Mayor, was not only the heart of the 16th-century settlement established by Francisco Pizarro, it was a center of the Spaniards’ continent-wide empire. Though not one original building remains, at the center of the plaza is an impressive bronze fountain erected in 1650.

Surrounding the plaza are a number of significant public buildings: to the east is the Palacio Arzobispal, built in 1924 in a colonial style and boasting some of the most exquisite Moorish-style balconies in the city. To the northeast is the block-long Palacio de Gobierno.